Speculation concerning radiological terrorism has intensified since the poisoning of Alexander Litvinenko. The former Russian spy died in a London hospital on November 23, the victim of poisoning by radioactive polonium-210. 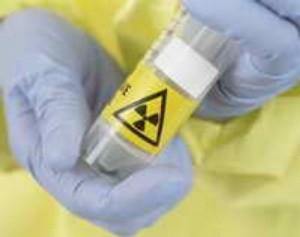 Radiological terrorism involves the use, or threat of the use, of radiological weapons in acts of terrorism, as well as direct strikes against installations where radioactive materials are present. The purpose of such acts is to expose and contaminate (pollute). Victims are exposed to radiation, and large areas may have to be evacuated and decontaminated in the aftermath.

This is similar to other forms of terrorism that use weapons of mass destruction, whether chemical, biological, or nuclear. As with nuclear terrorism, radiological terrorism involves an invisible threat, since humans cannot sense radiation.

Small Weapons
Since the sources are in themselves small “weapons” that emit destructive radioactive energy and particles, there are countless ways to use the material in a terrorist context. Humans can be exposed from contaminated objects in their environment, by ingesting radioactivity through solid or liquid food that has been contaminated, or by breathing in radioactive particles in the air. The costs connected with environmental decontamination and clean-up can be considerable.

In a number of instances, radioactive sources have been handled irresponsibly, thereby exposing populations to radiation. Such materials were originally used for industrial or medicinal purposes. The lack of knowledge about radiation, exposure, and shielding, as well as careless handling, has resulted in tragedy.

An accident in Goiania, Brazil, in 1985 drew a lot of attention due to the serious consequences that resulted. Four people died over a short period of time, and a large number of others were exposed to high levels of radiation. In addition, large areas of the community and countryside had to be cleaned up. A source of cesium-137 had been left behind in an abandoned radiotherapy institute. Most of the institute was destroyed, but the radiotherapy source and the room housing it were left intact. Two people who had no knowledge of the contents of the unit dismantled it, thinking they could make some money by selling the scrap metal. One of the men took the unit home and broke open the shielding around the radioactive material, which was in the form of cesium chloride salt, a soluble material that spreads easily.

Soft Killers
A single source can produce significant doses of radiation, depending on the type of material, the activity involved, and an individual’s exposure time. Since a person can be exposed to deadly radiation without knowing it, these types of “weapons” have been characterized as “soft killers”. Radioactive substances are sometimes hidden near victims, or, as apparently in the case of Litvinenko, are put into their food or beverages and subsequently ingested.

The likelihood of getting caught for committing such a crime is less than in the case of traditional murder, in part because the exposure takes place over time, and in part because the cause of death may never be discovered. At the same time, this distinctive type of killing may draw attention and sending a clear signal to political or criminal groups, where for a variety of reasons this is “desirable”.

A legal case in 1974 created a big stir in the American media. A father was charged with having exposed his 13-year-old son to radioactive substances. The man was found guilty and was sentenced to 10 years in prison and was fined $5,000. The father exposed or attempted to expose his son, who lived with him on weekends, to radiation as many as eight times during a six-month period in 1972. The boy was exposed to “shining silver pellets” that had been placed in the ear piece of his headphones and in a pillow he used. He was also given orange juice that contained the silver pellets. The most significant damage was done by substances that came into direct contact with his skin over an unknown period of time.

The first signs of injury were the appearance of brownish-red blisters that were thought to be an infection. Further wounds appeared on his arms, legs, and forehead. Once the boy began losing his hair, his family doctor was contacted. After his last visit to his father in 1972, the boy developed inflamed blisters and open sores on his legs and was put under constant medical supervision. He was checked into a hospital in March 1973, where doctors were unable to detect any reason for his symptoms. A plastic surgeon who was going to repair the damage caused by the sores finally determined that they were burns caused by exposure to radiation. Up to that point, the boy had been examined by 16 doctors, and not one of them had been able to make a diagnosis.

The boy survived, and the most significant tissue damage was surgically repaired. Besides being made permanently sterile, it is difficult to determine what other damage was done. It is also difficult to determine the total dose of radiation he was exposed to. However, numerous doctors over a 20-month period failed to understand the origin of the injury. It is a paradox that if a person is known to have been exposed to even a small amount of radiation, then every single aspect of this exposure is investigated. If, on the other hand, it is not known that a person has been exposed, doctors seem to fail to recognize even a standard reaction to exposure. In light of the non-specific nature of radiation exposure and the variable manifestations of radiation effects, it is likely that there have been and will be new cases where substances are used in criminal activity with minimal risk of being discovered.

More of these types of cases have been reported in Russia. In November 1993, Russian police reported a somewhat unusual mafia killing of a high-profile businessman in Moscow. The weapon used was a radioactive substance that had been placed in the man’s office chair. The victim became unexplainably sick before later dying in the hospital. By chance, the doctor noticed that the victim’s symptoms were consistent with those caused by radiation sickness. When several of the victim’s co-workers also became sick, one of the employees checked the premises with a Geiger counter, which led to the discovery of the source of the radiation. This also revealed that there were abnormally high levels of radiation in several of the offices located near that of the late director.

In the city Irkutsk in Siberia, an unknown man later used a related technique. The perpetrator stole two sources of cesium from his work place. After suffering radiation burns himself, he threw one of the sources in the firm’s trash dump and placed the other at the entrance of the house where his former wife lived with her mother. After he was arrested, the man maintained that he was looking for buyers and that, according to rumors, there were a number in the area. He denied that he had tried to murder his former wife and mother-in-law. In the end, he was sentenced to four years in prison.

Conclusion
Radioactive substances can be utilized for terrorist purposes. The effects are determined by various factors connected with the type and time of exposure and the countermeasures taken. All the possible scenarios make it difficult to evaluate the consequences beforehand. Effective countermeasures, beyond evacuation of an infected area, are difficult to identify and carry out.

Previous accidents and model scenarios indicate that radiological terrorism would primarily cause long-term damage, both psychological and financial. Acute damage to large groups of the population is highly unlikely even if serious and immediate damage can occur locally. Subsequent damage (like cancer) can occur over time. But even with the dispersal of relatively high levels of radiation, the risk seems to be limited.

The signal effects of this type of terrorism can be significant. In addition to physical damage (contamination), it is probable that a radiological attack would garner a high level of publicity and create a lot of unrest in the population. Such an attack could also lead to problems with maintaining the functions of society, especially in cases where a terrorist attack is carried out in urban areas. The psychological effects caused by the use of radiological weapons are probably not fully understood.

Dispersal of radioactive materials can require evacuation and eventual relocation. It is possible that such a situation would cause populations to panic and flee from contaminated or possibly contaminated areas. Contamination of the countryside can make the area unusable for agriculture for long periods of time, and food and water can be polluted, again if the “right” substances are used. The cost connected with decontamination can in any case be large.

It is possible to carry out an act of radiological terrorism with a minimum amount of competence and equipment. But if these sorts of terrorist operations are going to be made optimal with regard to the actual effects, they require knowledge about which substance should be used and in what way. This type of activity also presents a risk of exposure for the potential terrorist, and it therefore requires a certain basic knowledge for handling and screening of the substance. The necessary competence level is still considered to be lower than for forms of nuclear terrorism. The widespread use of radioactive materials in industry, medicine, and research ensures relatively easy (illegal) access to such materials.