Russia to dump radwaste in volcano

Atomic Minister Alexandr Rumyantsev announced that Russia would be willing to except low active radioactive waste for permanent burial on a seismically unstable volcanic island in Russias far eastern Kuril chain from Taiwan.

Published on April 1, 2002 by Charles Digges 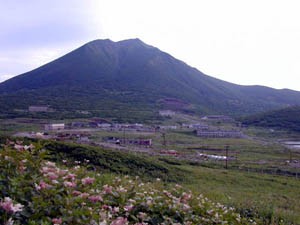 Speaking in Izvestiya Thursday, Rumyantsev casually said that Russia would be willing to work with Japanese engineers to build on Simushir Island — home to the active 1539 meter Milna volcano — a permanent radioactive waste burial facility that would be capable of withstanding the islands shifting and jarring earth. The volcano is one of several such volcanoes on the island chain located off the northern coast of Japan add south of Kamchatka

According to confidential Duma documents obtained by Vladimir Slivyak, co-chairman of Moscows Ecodefense!, the Taiwanese will supposedly be paying the Russian government up to $10bn, including $2.5bn of construction costs, to host its radioactive waste in this seismologically volatile environment on a permanent basis. This contradicts the law signed last year on nuclear imports to Russia that stipulated that only spent nuclear fuel could be imported into the country. Russian Nuclear Atomic Energy Ministry, or Minatom, argued that spent nuclear fuel is a resource, which could be reprocessed and reused. Waste generated during reprocessing could stay in Russia, given there is no possibility to return them back. It appears that Minatom is starting now to advocate for import of not only spent nuclear fuel but also radioactive waste.

From spent fuel import to radioactive dumpsite
A more subtle revelation contained in the Rumyantsev interview — which was buried in the Izvestiya interviews last paragraph — as well as the documents obtained by Slivyak is this: Russia will accept radioactive waste.

This is wholly inconsistent, say a host of environmentalists, with the conditions surrounding the lifting of spent nuclear fuel import restrictions last year, which stipulated that no radioactive waste, but only spent nuclear fuel is legible for import.

What Rumyantsev is doing here is entirely illegal, said Slivyak in a telephone interview Friday.

Aside from breaching the laws about protecting the environment — which were breached by the lifting of the [nuclear spent fuel import] ban anyway — Minatom is breaching its own self-tailored law allowing it to import plane radioactive waste for permanent burial.

The leaked documents that Slivyaks associates showed Bellona Monday, also allegedly reveal that Duma Deputy Sergei Shashurin was the lynch-pin in arranging the nuclear waste deal with the Taiwanese nuclear plant, which he supposedly achieved with the alleged cooperation of the Taiwanese-Japanese company Asia Tat Trading Co Ltd. All were supposedly cooperating with Moscows Kurchatov Institute Nuclear Research Centre to develop designs for the storage facility for the waste.

Despite three days of telephone calls, Shashurin neither returned messages nor was available for comment. The Japanese Embassy, near whose territory the waste will be located, declined comment.

Reached in Taipei, an Asia Tat Trading Co. Ltd official piquantly referred all inquiries on the shipment to Minatom.

At the Sakhalin Oblast Administration — located eight time zones East of Moscow and under whose jurisdiction Simushir Island falls — authorities were surprised to hear about the project.

Simushir is an uninhabited island except for a periodically staffed weather station, but one administration official, speaking on the condition of anonymity, said, It would have been appropriate of them to inform us — we have heard nothing.

Minatom, in its turn, confirmed the deal, but urged the press steer clear of the issue because the public and the media could not possibly understand the implications of a nuclear waste dump on a volcanic, earthquake-prone island in some of he Pacific Oceans most fertile fishing waters.

Society is far from informed on these matters and so is not prepared to make any judgment on the issue but panicked gossip, said Minatom spokesman Yury Bespalko in a telephone interview Monday.

These are top people — Russian and Japanese teams — working to assure the safety of this endeavour. The Japanese have experience with storing waste under favourable seismological circumstances. But we are building more than a metro tunnel here, so it will be beyond the grasp of most people.

When asked whether a contravention of the law on permanent storage of foreign nuclear waste was afoot, he responded: That is for judiciary bodies to decide.

At the Kurchatov Institute, which, according to Slivyaks research, was contracted to help design the storage containers, press officer Andei Gagarinsky at first denied the institute had any hand in the container designs, and called what Rumyantsev said in Izvestiya a typical journalistic red herring.

Later in the interview, Gagarinsky backed off slightly, and admitted that designs for permanent waste storage in the Kuril Island chain had been considered. When asked if those plans are materializing, he said The Kurchatov Institute supports the notion of a permanent waste storage facility — be it somewhere else in Russia or in the Kuril islands.

Regulators waning role
For all the institutions allegedly privy to this deal, one is conspicuously absent — Gosatomnadzor, or GAN, Russias nuclear regulatory body, which under the import law is to be informed of shipments. It is GANs responsibility, much like a customs house, to license these imports.

When contacted by telephone on Friday regarding the Taiwanese waste shipment to Simushir, GANs deputy director, Alexander Dmitriev, was taken entirely off-guard.

Rumyantsev said what? Dmitriev asked when told of the news. We know absolutely nothing about this.

Obviously taken aback, Dmitriev guided a room full of colleagues to find the copy of the Izvestiya that contained the Rumyantsevs comments. When it was finally located, the line went silent as Dmitriev read the report.

I am the deputy director of Gosatomnadzor and should have known about this, he said, his colleagues chattering nervously in the background.

I dont know what sort of nonsense they are up to [at Minatom], but we will have no further comment on this rubbish until we see official notification, he said.

Slivyak, with his cadged Duma documents on the waste transfer, may or may not be official enough for Dmitriev, but the fact that remains is that the input of the deputy director of GAN matters less and less to the consolidated lobby of Minatom. This state agency would make all decisions about nuclear issues in Russia, including those about safety.

Laws circumvented
On paper, the 2001 law governing the import of spent nuclear fuel from other countries is clear on the point that no radioactive waste will be shipped into the country for permanent storage. But the law has been abused and outright ignored by Minatom a number of times — even before it was signed into force.

This slap-dash approach by his ministry was not a point that seemed to concern Rumyantsev in his Izvestiya interview, where he didnt make reference to the import law once — instead taking a snipe at the greens for pestering [him] about his decisions.

Among other radioactive shipments were the cases of a Bulgarian and a Hungarian load spent nuclear fuel. The Bulgarians shipped spent nuclear fuel into Russia in autumn 2001 after the Russian President signed the importation laws. Neither environmental impact study, stipulated by the spent fuel import law, nor the personal control of President Putin, as it was promised, were in place.

In a similar deal, the Hungarian Paks Nuclear Power Plant sent spent nuclear fuel to Russia backed by a governmental decree, issued in 1998, which allowed as an exception storing in Russia spent nuclear fuel (SNF) from the plant.

As a result, environmental groups of Chelyabinsk — the southern Urals city where Mayak is located — as well as the environmental group Greenpeace filed suit with the Russian Supreme Court on the basis that the legislation at the time the decree was issued prohibited importation of radioactive waste. The current legislation, although allowing import of spent nuclear fuel, declares the priority [for Russia] of the right to return the radioactive waste, generated after the reprocessing [of SNF] into the country of its origin.

The court agreed with the plaintiff, but the Federal Government intervened with an appeal — which according to a spokesman for the Supreme Court, reached by telephone Monday, could delay the case for months. The spokesman did not know, however, if the Hungarian plant would be able to continue its imports pending a decision on its appeal.