After being idled for repairs for two weeks, the Fermi 2 reactor of the Enrico Fermi Nuclear Generating Station was restarted Thursday night and then shut down again Saturday due to discovery that condenser tubes were leaking, the Monroe Evening News of Michigan Reported.

Published on February 12, 2011 by Andrey Ozharovsky 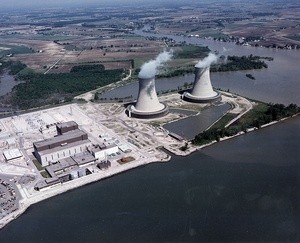 “There are thousands of tubes that cooling water runs through, so we have to shut down to determine exactly where that’s coming from,” said Guy Cerullo, a spokesman for DTE Energy told the newspaper.

Unplanned reactor scrams and prolonged repairs are not only a feature of Russian NPPs.

After two weeks of repairs at the Fermi 2 plant, on the shore of Lake Erie near Monroe in Frenchtown Charter Township, Michigan, the reactor was launched on Thursday evening only to be shut down again on Saturday due to a leak in the condenser tubes.

Cerullo said the second shutdown was not related to the repairs the reactor had been undergoing over the previous two weeks.

Further comment sought by Bellona Web from DTE on Saturday was unavailable as no one picked up the telephone at its press office over the course of several calls.

Incident largely underreported in US

DTE Energy’s website has yet to publicly report the incident at its reactor. And although the story appeared in the small local Monroe Evening News, it has yet to be picked up by any large circulation US newspapers or television news programs.

The US Nuclear Regulatory Commission Current Power Reactor Status Report for February 11, 2011, however, listed the reactor as operating at 2 percent of 100 percent capacity. No one reached at the NRC by Bellona Web on Saturday, however, had any direct knowledge of the event, and responsible parties could not return telephone calls by press time.

Still unknown if radiation is leaking

The Fermi 2 reactor was built by General Electric and is of the boiling water type, with a generating capacity of 1098 Megawatts. It is located 40 miles from Detroit, and went online in 1988. The only previous incident at the reactor occurred on June 6, 2010 when it was hit by a small Tornado, damaging the reactor’s building and automatically shutting it down.

Reactors of the boiling water type have only one boiling loop which is radioactive. Water is boiled directly in the active zone of the reactor. Radioactive steam rises to turn the turbines after which the reactor is cooled by the blanket heat exchange.

The DTE site features the words of Senior Vice President and Chief Nuclear Officer Jack Davis, who reports that: “Fermi 2 has been providing reliable, cost-effective power to the 2.2 million electric customers of Detroit Edison in Southeast Michigan for more than 20 years. The plant also has been designated as one of the nation’s best-performing nuclear facilities.”

“One of the nation’s best-performing nuclear facilities” therefore sprang a leak in its condenser tubes while not even working at full power after two weeks worth of repairs. It’s scary to think what happens at other US nuclear power plants.

As often happens, reality contradicts the words of the owners of the Fermi 2 reactor and the propaganda about the reliability of nuclear power. But if in the United States the owners of a plant have to bear the cost of an outage of this nature, then in Russia the expense is passed on to the state budget via Rosatom, Russia’s state nuclear corporation.

History of the Fermi plant

The Fermi 1 reactor of the Enrico Fermi Nuclear Generating Station was a prototype for a breeder, or fast neutron reactor. The reactor experienced a serious emergency on October 5, 1966 – a partial core meltdown. After attempts to repair it, the reactor was completely shut down in 1975

In September of 2008, DTE Energy announced intentions to build another reactor on the site of the Enrico Fermi Nuclear Generating Station. The idea provoked protests by various civil initiative groups who underscored that a new reactor would pose health and environmental dangers. Lake Erie, one of five North American lakes that form the largest group of freshwater lakes on Earth by total surface and volume.