The disaster at the Fukushima Daiichi plant is resonating as far away as England where Britain’s Nuclear Decommissioning Authority (NDA) has announced it will shut down Sellafield’s mixed oxide (MOX) fuel producing plant, at the “earliest possible practical opportunity, the NDA said in a release obtained by Bellona Web.

Published on August 4, 2011 by Charles Digges 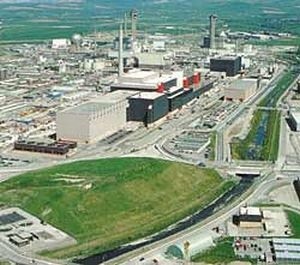 The NDA reviewed the risk profile for operation of Sellafield MOX Plant (SMP) and in it’s statement Wednesday  “concluded that in order to ensure that the UK taxpayer does not carry a future financial burden from SMP that the only reasonable course of action is to close SMP at the earliest practical opportunity.”

The NDA owns all the UK state’s nuclear assets.

Separately Areva last week announced the cancellation of orders for uranium and nuclear fuel amounting to €191 million ($273 million) as a result of the shutdown of reactors in Japan and Germany, World Nuclear News reported.

European environmentalists have hailed the NDA decision, especially campaigners in Ireland who have engaged in long legal battles with various Sellafield enterprises over radioactive emissions into the Irish Sea.

Former Green Party senator Mark Dearey from Louth, who took legal action with three other campaigners against Sellafield’s then operators British Nuclear Fuels in 1994, told the Irish Times he welcomed the closure.

“We welcome the decision taken today; the MOX plant was contributing to the inventory of emissions and increased health risks caused by Sellafield,” he said.

Louth has also been campaigning for the closure of Sellafield’s Thermal Oxide (or THORP) reprocessing plant.

He said the MOX plant was operating at a massive loss and events at Fukushima were “the final nail in the coffin” for the plant.

No hope for SNP without Japan

Indeed, the plants solitary customers were 10 Japanese utilities. The vastly troubled Japanese nuclear industry, which is currently engaged in a program of plant shut downs following the March 11 earthquake and tsunami at  the Fukushima Daiichi – which created the worst nuclear disaster since Chernobyl – as the scale of the seismic menace to the country’s nuclear industry becomes clearer.

Soaring  radiation spikes at Fukushima Daichii and newly released figures on workers that have been exposed to radiation show that the disaster in Japan is far from resolution.

A Sellafield spokesman said Japan’s plans to close one plant in particular, at Hamaoka, was instrumental in sealing the Sellafield MOX plant’s fate.

Situated on the coast some 200 kilometres south of Tokyo, the Hamaoka nuclear power plant straddles two major geological faults and has been described by seismologist Katsuhiko Ishibashi at Kobe University as a “kamikaze terrorist waiting to explode,” New Scientist quoted him as saying.

In May, wary of the risk of a magnitude 8.0 quake in the next 30 years, the Japanese government ordered it to close for an indeterminate period while a massive sea wall is built around the plant.

A second MOX plant at Sellafield is now under consideration by the UK government and a decision is expected before the end of the year as a way of dealing with Britain’s civil plutonium stockpile – the biggest in the world.

If a second MOX plant goes ahead, it is possible the Japanese plutonium could be converted into nuclear fuel and burned in new British reactors designed to take this type of fuel.

The NDA said it “will continue to store Japanese plutonium safely and securely and further develop discussions with the Japanese customers on a responsible approach.”

But this would be controversial as it would almost certainly be far more expensive to burn MOX fuel than the much cheaper uranium fuel now used.

The troubled Sellafield MOX Plant was built in the 1990s and designed to handle foreign, mainly Japanese, plutonium dioxide that had been recycled from spent fuel by the THORP plant at Sellafield.

Only one Japanese power company, Chubu Electric, signed a firm contract but it soon emerged there were serious technical problems in the Sellafield Mox Plant’s production line. Instead of producing up to 120 tonnes of MOX fuel a year, the plant was only managing a tiny fraction of that target.

An investigation by outside consultants in 2006 found the plant was dogged by about 6,000 minor equipment failures over two months, equal to 37,000 failures a year. During a minor failure the entire production line would be halted for 15 minutes to an hour, while in a major failure the line would stand idle for several days, Britain’s Independent reported.

Some 600 staff will lose their jobs as a result of the closure. But the NDA said in its statement that it hoped these staff can be reemployed in the Sellafield’s vast site, which includes the Magnox and  THORP reprocessing facilities.

Sellafield also performs a raft of decommissioning operations, including the handling and storage of various grades of nuclear waste – some of it awaiting a future deep geological disposal site.

But both of these facilities have had problems of their own.

In 2009, a pipe connected a ventilation canal that transports waste products from the aged Magnox reprocessing facility sprung a leak. There was no evidence that any area outside Sellafield experienced contamination and the event was rated a “1” – or an “anomaly” in the International Nuclear Event Scale (INES).

The Magnox plants were responsible for high levels of Techeium-99 (Tc-99) that were for years dumped into the Irish Sea.

The dumping problem was largely solved by adding Tetraphenylphosphonium bromide (TPP) to liquid waste emissions from the Magnox fuel reprocessing plant, slashing tc-99 discharges into the Irish Sea by 95 to 98 percent. But getting the British government to even consider using this technology was an uphill battle for 10 years, and Bellona figured heavily in the fight.

In May of 2005, it was discovered that 20 tonnes mixture of plutonium and uranium fuel that was dissolved in concentrated nitric acid had been leaking into the clarification chamber of the THORP facility for nine months without detection.

The event received much negative media, but staff were open with Bellona who they invited to the site so they could explain the chain of errors that had led to the leak.

The leak shut down the plant for four years, and it reopened to strong criticism from Bellona. Bellona nuclear physicist Nils Bøhmer underscored that THORP was lacking critical government oversight permissions to go back online.

The THORP event qualified as a “3” – or a serious incident, one step short of an “accident” on the INES scale. What saved it from a “4” designation is that radioactivity was contained to the THORP facility.

The upcoming closure of the MOX facility will mean that many tons of plutonium will be left sitting at the Sellafield site.

Former Irish Parliamentarian Dreary said he hoped new plans for Sellafield would be reviewed given the MOX closure.

“Sellafield can never close; the waste has to stay there, but plans need to be developed to store it safely and there should be no more processing,” he said.