The green light for the construction of new nuclear power stations in the United Kingdom given by ministers of Gordon Brown’s cabinet last week has come under attack from the government’s watchdog for sustainable development.

Published on January 14, 2008 by Charles Digges 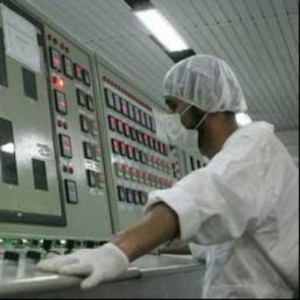 In one of its strongest critiques of policy, the Sustainable Development Commission (SDC), which is independent but funded by the government, criticised ministers for their “inadequate response to the legitimate concerns expressed by the general public over new nuclear power,” The Financial Times reported.

Professor Tim Jackson of Surrey University, who is the commission’s economics expert, told the paper: “They have carried out a consultation and then ridden roughshod over the results of that consultation.”

Bellona says new nukes will not fight climate change
Bellona has stood against London’s decision to back new nuclear power generation in the UK. Primary among Bellona’s concerns is Britain’s lack – as revealed by an energy white paper that accompanied last weeks’ announcement of the new nuclear plans – of any kind of feasible disposal plan for the waste the new plants will generate.

Brown has said the new nuclear plants are part of the effort to curb global warming and cap carbon emissions from England. But the state of the climate is such that by the time the British government has built it’s first round of reactors, they will reduce carbon emissions in England by less than 4 percent, Bellona and other environmental groups have noted.

By the time all the reactors in the plan are built – more than two decades from now – climate damage will already be far beyond reversible – making the new plants a monument to hundreds of billions of pounds spent on a futile effort.

Bellona is disappointed both in the British government’s willful back turning on its public, which is still starkly divided after two public consultation periods on the nuclear question, and for ignoring other almost immediate available and far cheaper methods of cutting CO2 emissions.

UK Government watchdog focuses on waste disposal
Bernie Bulkin, the energy commissioner, said the SDC believed building a new generation of nuclear power stations “remains the wrong option” and policy should instead focus on other forms of electricity generation and on cutting the demand for energy. The commission’s concerns centre on waste disposal and cost.

The government has not yet reached a decision on the site for a repository for Britain’s nuclear waste, after more than 30 years of debate. The nuclear white paper published on Thursday said the additional waste generated by a new generation of reactors could be stored on-site in temporary facilities for 100 years or more.

Bulkin said it would be “totally irresponsible to commission a new generation of nuclear power stations when there is no clear consensus on how to deal with the nuclear waste they will produce,” the Financial Times said.

The government has insisted the costs of investing in new nuclear power stations should be borne by the private sector. It said that the funds to pay for the eventual decommissioning and waste-disposal costs of the new reactors would be so generously financed that the taxpayer would end up with the bill “only in the most extreme circumstances”.

It also emerged that the government was looking at the possibility that operators of new nuclear power stations could get tax relief on contributions into those funds. But it was finally confirmed on Thursday that if those costs soared far beyond expectations, the government – meaning the British taxpayer – would ultimately bear the liability.

Jackson said there was a risk of “moral hazard,” meaning generators would try to limit contributions into the funds knowing that if the money put aside were insufficient, the government would be forced to pay up.

The Department of Business, Enterprise and Regulatory Reform said it was not true that no consensus prevailed on how to deal with nuclear waste, and insisted it was making progress on finding a site for the proposed disposal facility. They would not comment on where that proposed site may be or if they have mastered the geological engineering subtleties required of developing such a repository.