By establishing a Liabilities Management Authority, the government will underwrite the nuclear waste management liabilities of the state-owned British Nuclear Fuels Limited and the near insolvent British Energy Plc, which will transfer £7.1bn in liabilities to the British taxpayer. 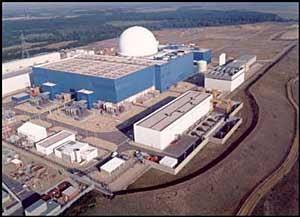 In readiness for the release of an Energy White Paper this spring and the establishment of the Liabilities Management Authority, or LMA, this year, Britain’s Labour Party is preparing to underwrite all nuclear waste management liabilities from British Nuclear Fuels Limited, BNFL, and British Energy Plc. This will transfer £7.1bn in liabilities to the British taxpayer and amounts to nothing more than a subsidy to Britain’s ailing nuclear industry.

The costs in storing and managing radioactive waste are long-term liabilities included in company balance sheets. Because these costs mature in the future, they are reduced — or discounted — to reflect the fact that funds set aside would earn interest and be worth more than needed to cover costs. This is known as discounting and reduced costs are discounted costs. Assets, such as power stations, fall in value when they near the end of their lives. When this happens the discounted value of liabilities rises because less time remains for the money set aside to earn interest.

Financial legacy
Nuclear power generators should set aside adequate funds to cover their future liabilities. But they have not and the total cost of dealing Britains nuclear waste problem is estimated to be £60bn (undiscounted) by a Friends of the Earth Press Briefing, Liabilities — Labours Hidden Subsidy to Nuclear Power, released January 2003.

BNFLs undiscounted liabilities were estimated by the Department of Trade and Industry (DTI) report Managing the Nuclear Legacy-A strategy for action to be £40.5bn. Despite BNFLs assets — including contracts with foreign customers and the British Ministry of Defence — these are not sufficient to cover future liabilities and as a result, BNFLs discounted liabilities are £3.8bn more than available assets, a figure confirmed in its 2001 Annual Report.

According to the DTI, the UKAEAs undiscounted liabilities are £7.4bn, although these are covered by the DTI and the Ministry of Defence.

A helping hand
Given the need to ensure waste is stored and managed safely, any government faced with nuclear industry problems must be ready to underwrite their liabilities.

In July last year the DTI published the White Paper "Managing the Nuclear Legacy-A strategy for action", which set out plans for the management and clean-up of the UKs civil nuclear legacy including the creation of the LMA.

According to the DTI, the LMA will be responsible to the government with a specific remit to ensure that nuclear clean-up is carried out safely, securely, cost effectively and in ways that protect the environment for the benefit of current and future generations. The White Papers consultations ended on October 18th.

The establishment of a LMA, expected this year, and the transfer of assets and liabilities from BNFL and UKAEA to it, will require primary legislation. DTI Secretary Patricia Hewitt has promised to publish a draft Bill to set up the LMA this Parliamentary session.

In the meantime, though, the DTI has established a new Liabilities Management Unit (LMU). The LMU will work with BNFL, UKAEA and the nuclear regulators in helping to prepare the ground for the LMA.

Until then, BNFL will continue to run the Sellafield reprocessing plants, the £460m MOX plant and Magnox reactors, although ownership of sites and liabilities will eventually be transferred to the LMA.

Thank you taxpayer
The combined undisclosed liabilities of BNFL and British Energy are £7.1bn, which will soon be erased from their balance sheets and transferred to the taxpayer.

Because BNFL is a state-owed concern, British ministers argue that its transfer to the LMA would have no effect on public finances. Yet the elimination of its £3.8bn asset-liability deficit might not act as an incentive to BNFL to be less risky in future ventures. Moreover, the governments proposals may not prevent BNFL from investing its profits in risky ventures or from borrowing money to invest in new nuclear power plants, which would produce more waste.

The same is true of British Energy, especially as the British government has pledged to underwrite the cost of meeting the companys liabilities, which will cost the taxpayer £150mn-£200m a year. Besides, British Energys solvent restructuring package — announced by Mrs Hewitt on November 28th — leaves the company free to do as it pleases with 35% of its free cash flow not earmarked for liabilities.

But will the LMA make BNFL and British Energy accountable for their future ventures and waste management operations?

The answer to this question depends on whether the LMA is structured in such a way that ensures there is sufficient economic pressure on the nuclear industry to minimise waste. If the LMA follows the "polluter pays principle", there is an economic incentive for nuclear generators to reduce waste levels.

In a telephone interview with Bellona Web Monday, Derek M Taylor, Head of Nuclear Energy at the European Commission’s Directorate-General for Energy and Transport, commenting on the LMA, said: hopefully the LMA will incorporate the [less waste, less cost] approach which should keep up the economic pressure on industry to minimise the quantity of waste it produces and therefore the cost it has to pay.

"Although the big costs relate to historical liabilities, there is no reason for the LMA to act in a way that would increase waste, as this would increase the nuclear industry’s costs, Mr Taylor continued.

New plants on the horizon?
Waste issues aside, Mrs Hewitt will still have to make a decision on the future of nuclear plants. This is because the UKs 31 nuclear reactors — which provide 25% of electricity demands — are aging. In fact, older Magnox reactors are due to close in 2010 and Britains newest reactor, a pressure water reactor at Sizewell B, will close by 2024.

Yet Mrs Hewitt has neither confirmed nor denied the possibility that some new nuclear power stations might have to be built to meet the UKs energy needs, although no decision is expected until after the White Paper is published in February or March.

Supporters of nuclear power — including pro-nuclear Energy Minister Brain Wilson — maintain it is crucial for energy security of supply, and that nuclear powers zero carbon emissions make up for environmental hazards it poses.

However, the financial woes of Britains nuclear industry have persuaded Mr Wilson to introduce a five-year moratorium on the building of new nuclear power stations. Indeed, Mr Wilson is expected to announce in the not too distant future that there are no plans to back any new nuclear projects until at least 2008.