The British government has decided to avoid making any commitments to building new nuclear power stations in draft legislation due early 2003, reported a source close to the Labour Party December 19th. 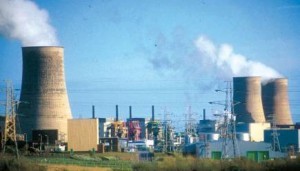 In the run up to the British governments release of an energy white paper in spring 2003, ministers have decided against endorsing a new generation of nuclear power stations, although they will keep the option under review.


This is welcome news to the anti-nuclear lobby, which has been fighting to reduce the role of nuclear energy in the UK. While nuclear energy provides 25% of the UKs energy supply, it faces domestic criticism due to the costs it has imposed on the taxpayer, as well as the environmental degradation it causes.


Ireland and Norway, backed by Bellona, oppose Sellafields discharges of Tc-99 into the Irish Sea, which then travels northwards to the Norwegian Sea.


Yet the British government has realised that nuclear energy — and the environmental degradation is causes — is an emotive issue at home as well as abroad. Trade and Industry Secretary Patricia Hewitt said privately on December 18th that a commitment to build new operations at this stage would be “crazy”, the source close to the Labour Party said.


Mrs Hewitt was careful not to rule out the possibility that some new power stations could be given the go-ahead at a later date, however.


The idea that we should, on the one hand stop all nuclear power stations, or on the other hand, build a whole new raft of new power stations, is not the solution, she said. What we need is something far more considered.


As such, the decision on whether or not to replace the UKs ageing nuclear power plants split the British Cabinet and given the cost of building new plants, HM Treasury is deeply sceptical about the benefits of building more plants.


Energy Minister Brain Wilson has even admitted that ministers had different views, theres no secret about that.

Nevertheless, because of the conflicting positions in the Cabinet, Mrs Hewitt has decided to defer a decision on building new plants when she publishes a white paper.


Supports of nuclear power — including Energy Minister Brain Wilson — argue that a decision cannot be delayed for too long because only Sizewell B will be operating in 2024, however. They follow the proceed to build now approach.


The white paper, due in February or March 2003, is expected to address three main issues: safety and security and supply, costs to customers and environmental issues.


Supporters of nuclear power say it is crucial for security of supply, and that its zero carbon emissions make up for the environmental hazard it poses. While some nuclear reactors are likely to be necessary to meet Kyoto targets on carbon dioxide omissions, Mrs Hewitt is concerned that any nuclear go-ahead would stop investment in other non-carbon energy forms.