Published on April 16, 2012 by Andrey Ozharovsky, translated by Maria Kaminskaya 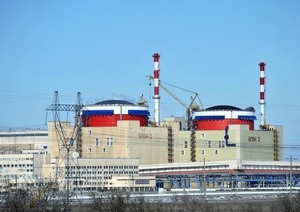 The concept of “boosting” a reactor – or running it at a capacity exceeding design-basis levels – has for some time now kept Concern Rosenergoatom, which is part of the Russian nuclear corporation Rosatom, busy toying with the thermal output of commercial reactors at several of Russia’s ten nuclear power plants in operation, both of the VVER design and the old RBMK-1000 models.

One such experiment was in progress since 2009 on Unit 1 at Kursk Nuclear Power Plant, a site in Western European Russia that operates four RBMK-1000 reactors. Officials in Kursk NPP’s home town of Kurchatov have confirmed to Bellona that the pilot program of operating the unit at 105 percent nominal capacity was officially completed last December and the reactor was taken back to its design-basis capacity.

The concern is anxious to enhance the plants’ electric power output and, by extension, profit, but has opted out of safer ways to reduce losses in heat energy produced by reactors, choosing instead to raise their thermal capacity – and, in doing so, augment the potential risk of severe accidents, equipment failure, and increased radioactive discharges.

The danger is that operating a reactor of any model at above-nominal capacity increases the burden on the reactor vessel, pipelines, and other equipment crucial for the reactor’s safety. Conversely, the margin for strength and resistance to increased pressure and temperature, as well as other deviations in parameters, as provided for in the original design, shrinks as a result.

Boosting the thermal capacity of a reactor thus unavoidably leads to compromised safety and greater accident risks – to say nothing of the implied need to alter and upgrade the various reactor components, itself a dangerous and costly enterprise.

That the RBMK-1000 reactors – the model that has amply proven its disastrous unreliability in the 1986 catastrophe at Ukraine’s Chernobyl – were initially included in the thermal capacity enhancement program seems like an exercise in recklessness.

There were also plans to further boost the RBMK reactors’ capacity by 10 percent. Russia has eleven RBMKs still in operation at three nuclear power plants – Kursk in Kurchatov, Leningrad NPP near the country’s second largest city of St. Petersburg in the Northwest, and Smolensk, in Western European Russia. Kursk NPP was selected to pioneer these thermal output enhancement efforts. Experimental operation of Kursk’s Unit 1 at 105 percent thermal capacity started in 2009.

In January 2011, a public hearing was gathered in Kurchatov to discuss the thermal output enhancement project at Unit 1. The experiment’s materials were to be submitted for state environmental evaluation, as a prerequisite for filing for a license application to run the reactor at above-nominal capacity as a regular operating mode. In a comment published on this site, where both the hearing and the risks of the project were described in detail, the Kursk RBMK experiment was promptly called a dangerous gamble bordering on criminal negligence.

Radiation safety was another concern – particularly, the expected significant increases in radionuclide discharges, such as those of iodine-131. With a reactor of the RBMK type – a channel-type reactor – total thermal capacity only increases if thermal capacity is increased in each of the fuel channels. Radioactive iodine is generated in fuel rods as a product of nuclear fission. As long as fuel rods remain sealed, radioactive iodine presents no threat. However, as the load increases, the likelihood of loss of seal increases accordingly, and so does the thermal load on those fuel rods where loss of seal has already occurred. Fission products, such as radioactive iodine, end up in the coolant flow much faster; part of them is held back by filters, but that part that has passed through is released via ventilation pipes into the surrounding environment, leading to increased radioactive discharges. For iodine-131, these discharges may rise by an estimated 1.5 times.

The project also called for a series of retrofitting works, adjustments, and upgrades – such as on the separator drum, a device that separates steam needed to turn the turbine from water, the deaerators, and other equipment – as the original design did not provide for alterations in reactor operation as envisioned in the experiment.

It is unlikely that Bellona’s criticism was what primarily compelled Rosatom to revisit the thermal output enhancement program and exclude RMBKs from further experimentation. The more likely reason was the March 2011 disaster at Japan’s Fukushima Daiichi Nuclear Power Plant. In fact, the Fukushima catastrophe was what Rosatom head Sergei Kiriyenko said had prompted his corporation to abandon further efforts to complete the fifth unit at Kursk NPP, an RBMK project that has languished for decades.

Whichever the case, Rosatom seems at least partially to be delegating the irresponsible trial and dreadful error of the RBMK record to the dustbin of history. In 2011, the new “Program for increasing electric power output at generating units of nuclear power plants in operation by Concern Rosenergoatom for 2011 to 2015” included the cancellation of experiments with increasing the thermal output of RBMK-1000s to 105 percent. Still, Russia’s VVER reactors – though the experiment schedules were pushed back in the revised document – are not out of the woods yet.

Almost all Russian VVER reactors due for future capacity increases

As per the capacity enhancement program, the following reactor units will be undergoing thermal capacity increases in the near future: Units 1 through 4 at Balakovo NPP (Saratov Region, about 900 kilometers southeast of Moscow), Units 1 and 2 at Rostov (Volgodonsk) NPP (on the river Don, in southwestern Russia), and Units 1 through 4 of Kalinin NPP (Tver Region, 200 kilometers away from Moscow) will be operating at 104 percent thermal capacity; Units 3 and 4 of Kola NPP, on the Kola Peninsula in Russia’s Far North, will be taken to 107 percent thermal capacity.

In other words, the “boosting” experiment will cover all of Russia’s more modern VVER reactors. Exceptions have been made for the oldest and most unreliable VVER-440/V-230 reactors still in operation at Kola NPP (Units 1 and 2) and the five units at Novovoronezh NPP (Voronezh Region in Central European Russia), which runs old models considered to be essentially prototypes for later VVER designs.

The risks associated with these experiments are no less tangible than those that boosting RBMK reactors would engender. In June 2011, environmentalists tried to highlight these dangers when they spoke to the audience of a public hearing convened in Polyarniye Zori, the satellite town of Kola NPP – a discussion where Rosatom still managed to secure the support for the reckless experiment on the part of the local residents, who depend on the station for their livelihood.

Meanwhile, other methods exist and have been suggested to raise the efficiency of nuclear power plants without subjecting them to risky experiments that threaten that safety of the reactors and the populations residing in their vicinity.

Heat pumps as a safer solution

As it turns out, nuclear developers do have a choice when it comes to maximizing a nuclear power plant’s output. The same effects that Rosatom is hoping to achieve with increasing the thermal capacity of reactors – and increasing the load on the reactor equipment in the process – could be realized by employing heat pumps that could help more efficiently use the heat energy produced by reactors while staying at nominal capacity.

No operational parameters change for the reactors in this case – and no additional burden is placed on the equipment, thus eliminating unnecessary risks.

The thermal capacity of VVER-1000s is around 3,000 megawatts, but their electric power capacity is around 1,000 megawatts. These reactors’ efficiency factor does not exceed about 33 percent: Two thirds of the heat energy they produce is dispersed into the surrounding environment and ends up heating up either the water in the reservoir the station uses for cooling purposes or the atmosphere, if cooling towers are employed at the site.

But this heat could be recovered and used for additional steam heating and production of additional electric power. Furthermore, heat pumps used to this end could give the same increase of 40 megawatts that Rosenergoatom is trying to achieve by increasing the reactors’ thermal capacity. The difference is that with heat pumps, the waste heat will be removed from the coolant, thus reducing the heat pollution of the atmosphere and the reservoirs used for cooling water.

According to a study by Prof. Nikolai Yefimov et al. of the South Russian State Technical University, using an absorption heat pump built into the steam turbine circuit will increase the turbine’s capacity by 39.3 megawatts, while decreasing the coolant’s temperature by 1.5 to 2.0 degrees Centigrade at the same time. The paper (in Russian), entitled “Use of heat pumps in the NPP condenser cooling system” (Использование тепловых насосов в системе охлаждения конденсатора АЭС), was published in 2010 in the Technical Sciences series of the scientific-educational journal Izvestiya Vuzov. Severo-Kavkazskii Region.

“Analysis shows that integrating a heat pump into a nuclear reactor unit’s thermal circuit can create a second main steam reheat stage and reduce the flow rate and temperature of the cooling water, thereby increasing the efficiency of the power plant,” the paper says, in part.

A heat pump is in effect a heat exchanger that removes heat from a colder medium and transfers it to a warmer medium, consuming energy as it does so. The same principle is employed in such appliances as refrigerators or air conditioners.

At a nuclear power plant, the evaporator of a heat pump can be integrated into the turbine’s main condenser, and the heat pump’s condenser into the turbine’s wheel space. The evaporator removes heat from the spent steam as the steam enters the turbine condenser. This heat is then transferred in the heat pump’s condenser to steam reheated from 62.4 degrees to 75 degrees Centigrade and is used again to produce electric power – rather than being dispersed into the environment as waste heat.

“Such an arrangement of the heat pump increases the design’s efficiency through the use of the second reheat steam superheater and by decreasing the temperature of the main feedwater condensate, and also increases the reliability of the steam turbine’s low-pressure section by reducing the level of saturation of the steam entering the steam turbine’s last stages,” Prof. Yefimov’s study says.

Will Rosatom choose a safer path?

The approach described by Prof. Yefimov suggests an additional 40 megawatts of electric capacity could be achieved in a VVER-1000 reactor using a solution that does not pose additional risks. Rosatom could push for and likely obtain a license to operate its reactors at capacities exceeding those provided for by engineers in the original design – thus reducing the units’ safety margin and creating serious accident risks. Or it could leave the reactors well alone and opt for a safer way – such as heat pumps that would simply raise the efficiency factor at nuclear power plants and decrease heat pollution of the surrounding environment at the same time.

For now, the nuclear corporation is bent on having it its own, more dangerous way. Before it starts operating Russia’s reactors at increased thermal capacity, however, it will have to submit the relevant license application materials for a state environmental impact evaluation. The hope now is that Russia’s environmental and nuclear oversight authorities will deem the resulting risks too high to grant a license and the dangerous experiment will be stopped before it is too late. If anything, that may force nuclear experimenters to take a closer look at safer alternatives.