The Chelyabinsk region, which was the site of one of the world’s worst nuclear disasters in 1957 and has been called the most polluted place on earth by American scientists, is embarking on an internet search engine “optimization” campaign to improve its image. 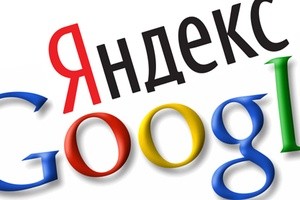 Authorities in Chelyabinsk have announced that they will pay the equivalent of $13,000 in order to try to alter the region’s “online footprint” so that people looking for information on Chelyabinsk on the internet read “positive or neutral evaluations of the ecological situation” there.

The campaign has drawn immediate outrage from local environmentalists and could result in court cases.

Natalya Mironova, president of the Movement for Nuclear Safety, said the campaign is a “factual violation of the constitutional rights of citizens to environmental information about the Chelyabinsk region,” she wrote earlier this week in a comment for Bellona Web’s Russian language site.

The Chelyabinsk government put the order for the internet  “optimization” project on the Federal government’s official site for tenders on regional projects, and specified that the project was to improve search results appearing on Google and the Russian search engine Yandex.

Specifically, the optimization project is targeted on altering the “first 10 returned queries” on these two search engines.

Internet companies lining up to lend a hand

According to published material on participants in the tender, the company Interregional Marking Centre Chelyabinsk-Moscow has said it can complete the optimization project for $5,000 and the Sitiko.ru internet firm has listed $7,000 as its price; the highly qualified IP Abyasov, which handles the internet site of the Chelyabinsk governor’s office said it will do the job for $24,000.

According to Mironova, the money to pay for the internet optimization project will come from Chelyabinsk’s regional budget.

Though the Southern Ural Mountain region no longer technically figure in a list of the 10 most polluted places in the world, the situation remains dire.

Cleansing the Kyshtym disaster and glossing over the Techa

The 1957 catastrophe, called the Kyshtym disaster, occurred when a fuel storage tank at the Mayak Chemical Combine exploded, spewing radiation over a 54545 square kilometre area.

The radioactive release was so significant that many towns in the region had to be evacuated. The town of Muslyumovo remains to be entirely evacuated, and the contamination level there has resulted in a grizzly post-apocalyptic landscape.

Mayak is Russia’s single operational nuclear fuel reprocessing facility. Over the years, Mayak has belched radioactive waste into the Techa River Cascade and nearby Lake Karachai. Many of the region’s residents show a higher level of cancer and radiation related illnesses.

According to the full description of the internet optimization project, this information would be targeted for cleansing search results when searches are entered for “Ozersk,” the town where Mayak is located, “Karabash,” “Mayak accident,” “Ozersk Mayak,” “Techa River,” “Muslyumovo,” “radiation in Chelyabinsk,” “dirtiest city in the world,” “dirtiest city in Russia,” “Chelyabinsk environment,” “Chelyabinsk Region environment,” “ecology Urals,” and other related topics.

The searches would return positive or neutral results. The content of negative material, according to the project outline, would be no more than 20 percent, or no more than 30 per 150 lines of returned search material on either Google or Yandex. Wikipedia has been exempted.

The company signed to take on the optimization project would be expected to start cleansing negative information from December 31, 2011.

Local authorities say they believe the regions ecological problems are exaggerated and say they are determined to clean up its image in order to attract more investment and tourism.

They also complain that their annual improvements in the local environment are not reflected in internet search returns. One spokeswoman for the region told UK’s Independent that she thought foreign competitors to Mayak’s reprocessing program had been paying environmentalists to tarnish the region’s image by exaggerating its problems.

Mironova cited in her comment piece a series of Russian constitutional articles that would be violated by the optimization project, including prevention of censorship of the mass media, the right to free thought and speech and the right to a clean environment.

The protests of local authorities that Chelyabinsk’s environmental problems are on the mend, noted Mironova, are contradicted by the fact that the federal government sends an annual $464 million aid package to the region.