Published on October 3, 2008 by Vera Ponomareva, translated by Charles Digges 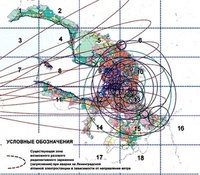 At the end of May, Bellona St. Petersburg filed suit against the Smolninsky Municipal District of the city for it’s failure to register a notice on the conduction of an environmental impact study of engineering documents relative to the Leningrad Nuclear Power Plant 2. A preliminary hearing was held on Thursday, and those in attendance for the Smolensky District were unable to provide answers about who is responsible for registering environmental impact studies in Moscow or St. Petersburg.

The Smolninsky District’s lawyer, Lidiya Grigoryeva, explained to the court that municipalities in general do not have the authority to register notices about environmental impact studies.

Truly, the process for registering public environmental studies for some reason is not included the list of responsibilities of the municipalities of Moscow or St. Petersburg. Municipal districts’ circle of responsibilities is defined by the federal law “On general principles of organizations of local government.” This law lists nine points, the last of which is called “other authority.”

It is precisely this point, as dictated by accepted practice, that relates to the registration of public environmental impact studies. . In two of Russia’s biggest cities, however, the situation looks different: municipalities are subject to specific local laws that do not make reference to any “other authorities,” and, as such, deprive the municipalities of the the possibility to register public environmental impact studies. 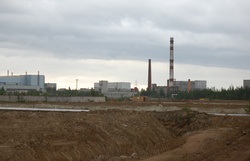 The Espoo convention – European standards
One of the mot important documents on the international level regulating environmental evaluation procedures and public hearings is the Espoo Convention on Environmental Impact Assessment in a Trans-boundary Context of 1991. The convention was ratified by 42 countries, which include – beyond Europe – many former Soviet Republics, namely Armenia, Azerbaijan, Kazakhstan, Kyrgyzstan, Ukraine, Belarus, and Russia.  Each of these counties signed the convention almost immediately, but ratification has not yet come. Environmentalists say ratification is necessary.

“Ratification of the Espoo Convention could lay a beginning to internal changes in Russian legislation: after ratification Russia will be required to provide a mechanism for fulfilling the demands o the convention,” said Krivonos.

The Convention lays out procedures whereby ecological evaluations beginning from various stages of planning, to the adopting of a final decision on the situating and construction of an installation. In accord with the Convention, states are obliged to conduct international consultations and to provide information on all large-scale projects that could have a trans-border effect on the environment. Such projects include, first of all, electrical station, chemical plants, mining facilities, oil and gas pipelines, highways, ports and others.

A country planning to build such an installation on its territory would have to inform its neighbors and provide them with project documentation. Conversely, any nation would have the right to request of its neighbour’s documents relative to such projects, and to participate in public consultations.

As an example, Lithuanian officials – as per the Espoo Convention — invited six countries to the town of Visaginas, where Vilnius plans to build a nuclear power plant. The invitation list included Russia, Belarus, Estonia, Latvia, Finland and Sweden. Material on the environmental evaluation of the project was also made public on the Internet such that Lithuanians and foreigners alike could learn about the project.