NEW YORK – The Kremlin submitted a bill for consideration by Russia’s Parliament that will make into a state corporation not only those aspects of the nuclear energy sector controlled by Rosatom, but those responsible for monitoring it – and those that produce and maintain nuclear weapons.

Published on October 4, 2007 by Charles Digges 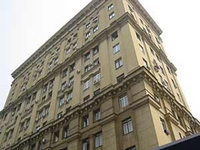 The enormous reshuffle, putting all aspects of Russia’s nuclear energy sector in the hands of the state run commercial sector, is a notion critics say will have a negative impact on the safety of the nuclear industry as a whole.

The bill that will turn Rosatom into the unifying state corporate nuclear behemoth in Russia – swallowing Atomenergoprom, nuclear weapons manufacturing, research and development, and those state organs that are meant to ensure the safety of the nuclear industry – is scheduled for its first reading in the Kremlin-friendly Duma on October 11th, according to Viktor Opekhunov, chairman of the Duma subcommittee on nuclear energy.

The new bill follows the consolidation in May of Atomenergoprom, which brought together all branches of the Russian nuclear fuel cycle—from the supply and enrichment of uranium to nuclear power plant construction and production of nuclear energy. All state enterprises engaged in the fuel cycle are in the process converting to joint-stock companies.

The bill dissolving Rosatom is also another indication of Russian President Vladimir Putin’s plan to put all major industries under the control of the national government, while imparting to them the guise of being somewhat commercial organizations by calling them state corporations.

Massive re-centralisation in commercial clothing
In his tenure, Putin has bolstered the conglomerate Gazprom, Russia’s gas giant – which supplies Europe with much of its natural gas supply – and given it so much political power that many observers refer to it as a wing of the Kremlin. Oil, too, has been essentially de-privatised with the dissolution of Yukos, and put into government-controlled hands when it was purchased by the state oil company Rosneft.

"That makes you think that the state is not even trying to understand that private business could do all of that," he told Interfax Russian news agency Thursday.

"It’s a path toward setting to nil the growth of the Russian economy."

But he is virtually the lone critic in the upper echelons of Russian power, and unlikely to stop the juggernaut of centralising Russian industry.

A giant conglomerate that needs more transparency
The idea of creating this all-encompassing nuclear structure was first floated to round approval by Putin at an April 27th gathering of the Federation Council, Russia’s upper house of parliament. The Kremlin’s argument for fashion giant state corporations is that they have the potential to draw investors.

“Putin likes big projects. There is Gazprom, there is the shipbuilding state corporation, now the nuclear corporation, and there will be more to come,” he said.

The end result, said Kudrik, is more secrecy, in an industry that is in desperate need of more transparency.

“What we have in the outcome is a state structure with elements of commercial management, which according to Putin, will be more effective. This structure resembles Minsredmash,” he said in reference to the Soviet era nuclear giant, which also encompassed both the civilian and military nuclear sector.

This organisation was so secretive that even its name did not indicate what it did – Minsredmash, in its Russian acronym, translates and the Ministry for Medium Machine Building. The name of the Ministry was not changed until 1986, after the Chernobyl disaster, in what was an effort to re-organise the industry. The new Ministry was known as Minatom.

In 2004, government shake-ups downgraded Minatom to an agency, calling it the Russia Agency for Atomic Energy, or Rosatom.

With this new bill, however, the old structure of Minsredmash looms again as the future, and the potential that the mistakes of the past will be repeated is high.

What should the new state corporation’s mandate be?
In Bellona’s view, so long as the nuclear industry in Russia is to become an enormous conglomerate with an eye toward attracting investment, it should spent the money in the right places to clean up the mess it has been creating since 1947.

But the general tendency would not seem to indicate that would be the plan at all. At least 26 new reactors are planned to go on the grid in Russia by 2020. Russia is also casting its eye at a burgeoning market for nuclear reactors in Southeast Asia and the Middle East. It is currently involved in projects in India and Iran, and Rosatom chief Sergei Kiriyenko intends to keep going.

In a vague announcement delivered Tuesday on Rosatom’s official pubic relations website, Kiriyenko indicated that Russia’s nuclear fuel exported Teksnabeksport (Tenex) had brought in $1.2 billion in contracts, though he didn’t indicate with whom, noting only that there had been expansion on both the domestic as well as international market.

New behemoth to cash checks Kiriyeno is verbally writing?
He claimed in the number of reactors Russia would be building abroad would equal the number it planned to build at home, but said that the big money spinning deals would be foreign.

He gave absolutely no information to substantiate that claim, focusing instead on how many new reactors will appear in Russia. But even there, he eluded mentioning where the funding for this $26 to $40 billion domestic surge was going to come from.

Perhaps the creation of the new nuclear colossus in Russia is expected to bear the finances for the ambitious programme outlined Tuesday by Kiriyenko.

“The cute little agency Rosatom is becoming a heavyweight. Russia will be putting its stakes into nuclear energy, both in Russia itself and for export,” said Kudrik.

“The first task of the corporation should be to clean up the mess in various sites around Russia: a task that requires billions of US dollars.”