The Bush administration will propose in the budget it hands down today the creation of an atomic energy partnership with Russia, offering countries around the world a supply of fuel for their reactors under restrictions intended to prevent them from developing nuclear weapons, according to administration officials in Washington, D.C.

Published on February 6, 2006 by Charles Digges 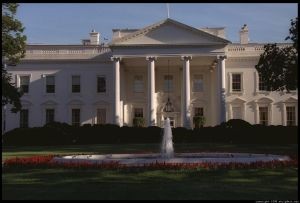 Under the proposal, the United States and Russia will provide reactor fuel to other countries and take back the spent fuel afterward to prevent its use in weaponry. The plan will be valid for those countries that do not already possess a nuclear weapons programme.

President Bush called for a similar plan two years ago, and the International Atomic Energy Agency (IAEA) has recommended an international fuel system in which it would control custody of nuclear fuel, The New York Times reported.

The plan dovetails with the administrations initiative—which is also expected to appear in todays budget—to break a nearly 30-year-old ban on reprocessing of spent nuclear fuel in the United States to study how the technology could cut down on spent nuclear waste (SNF). The original ban, which came under the Carter Administration, was installed to prevent proliferation risks.

One senior official called the technological techniques "a long way away," and Bush’s own concerns about the plan, some officials say, explained why he did not include it in his State of the Union address on Tuesday, said US media outlets.

The American programme, once called the Global Nuclear Energy Initiative, will now be called an energy "partnership" to reflect the role of Russia and, eventually, other nations, namely France.

Neither the White House press service nor authorities in Russia were available for comment on the plan.

The Iran uranium enrichment plan with Russia
The timing of the Bush budget is critical, because Russia is already negotiating with Iran on a deal to provide it with reactor fuel thatif the Iranians consentcould become a blueprint for part of the new White House fuel manufacturing programme, thus keeping the fuel technology out of the hands of countries that do not already have nuclear weapons.

Elements of the plan have been reported in The Washington Post, The Wall Street Journal and the New York Times.

Environmental reaction
The leader of the Bellona Foundations Russian Programmes group, Nils Boehmer, called the Bush Administration naïve. Because of the Bush plans stipulation that it will enrich fuel only for those countries that do not have nuclear weapons already, the plan only helps the good guys and not the bad guys who pose the biggest proliferation risks, said Boehmer in an interview with Bellona Web.

You have to take all the countries that want to reprocess nuclear fuel and do it in America or Russia, he said. If Iran wants to process fuel, it will.

Energy Secretary Sam Bodman is supposed to tell Congress next year whether a second dump, beyond the Yucca Mountain geological repository site near Las Vegas, Nevada, will be needed. But it is not clear when even the Yucca site can be opened. Most experts agree, however, that, if it is ever ready to receive fuel, it will already be fully booked, necessitating the need for a second geological repository.

Plan to include fast reactor research
The new plan to be forwarded by the Bush administration today relies on an experimental "fast" reactor that has been tried in France and Japan and found to be prone to catching fire and not cost-effective.

They are also, according to Boehmer, a huge proliferation risk within themselves.

Having a fast reactor economy would imply a lot of transport of plutonium fuel, thus creating a proliferation risk larger than the one that Bush and Russia intend to stem, he said.

Changes in American law needed to facilitate plan
The programme would also require changes in American law to allow the dumping of foreign-generated waste at Yucca, and it would face fierce domestic opposition because it would create a fuel processing industry that, because it converts solid waste into liquids that could leak, would be potentially more polluting than the current industry.

Frank von Hippel, a physicist at Princeton and a sceptic about the proposed technology, said the United States would probably have to volunteer to keep the unusable end-product wastes to induce countries to participate. "If they get the high-level waste back, what do they gain?" he told The New York Times.

People who have been briefed on the plan say it will be included in the Department of Energys (DOE) budget, expanding a year-old Advanced Fuel Cycle Initiative at Los Alamos National Laboratory, for which $79.2m was appropriated. In addition, last year Congress gave the DOE $50m to find a site for storing nuclear waste and building a reprocessing factory, but the department does not appear to have begun significant work on that, the Times reported.

Part of Bush Clean Energy plan
The proposal would take years to bear fruit, and some experts doubt that it is workable. But like the idea for hydrogen cars, it fits the Bush administration’s preference for long-term, high-technology approaches to major energy problems. But reprocessing, in the opinion of The Bellona Foundation, will only create more problems than it solves, especially relative to the storage of low-level radioactive (LRW) waste that it produces—both in Russian and the United States.

One expert, though, told the New York Times that an advantage of having Russia as a partner, and possibly signing up France later, was that these two countries already had conventional reprocessing industries, while the new American system would be decades in the future.

It is arguable, however, how effective Russia reprocessing system is. At present, it only has one site, the Mayak Chemical Combine in the southern Urals, which reprocessed only fuel of the Soviet era VVER-440 light water reactors and naval fuel. It has a theoretical yearly output 400 tonnes of fuel but in reality produces only a quarter of that, meaning the rest languished awaiting reprocessing. As a result of its reprocessing works, Mayak is the most radioactively contaminated place in Russia.

This plan will effectively turn Russia into a nuclear waste dump, said Boehmer. The way Russia stores its nuclear waste does not preclude environmental or proliferation problems.

Americas new reprocessing technologies
In the conventional system, used commercially in this country in the late 1960’s and early 70’s, fuel was taken out of a reactor and dissolved in acid to separate usable material, leaving behind a very large residue that will be radioactive for a very long time. Russia still reprocesses like this.

The volume of waste requiring long-term disposal would be reduced by 99 percent, according to advocates. But part of the volume reduction includes building a new class of reactors, not commercially demonstrated, that could use the most common form of uranium—uranium-238—as fuel. At present uranium-238 is used in making plutonium, which is used as fuel.

A Congressional aide who specialises in the field told the Times he was anticipating a request for an "industrial-scale demonstration" of the separation technology.

Scientists differ about whether fuel made through the new separation system would increase the risk of material being diverted for nuclear weapons.