One of the giant reactors at Leningrad nuclear power plant was shut down on Monday after several failures in the valve system of a generator. 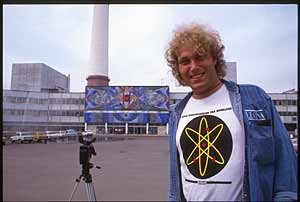 Leningrad Nuclear Power Plant, the notorious safety troublemaker outside St Petersburg, once again lost control over one of its dangerous RBMK reactors. Monday afternoon, the safety system of reactor no. 4 forced its shutdown.

The reactor in question is similar to the one that exploded and burned in Chernobyl back in April 1986. A serious accident at Leningrad nuclear power plant could cause enormous radiation troubles for the Baltic and, in worst case, the entire northern Europe. The safety problems, along with the lack of safe storage facilities for the spent nuclear fuel and the highly radioactive waste, are the main reasons why the Bellona Foundation, along with several other international experts, recommends the closure of this particular nuclear power plant.

A broken valve in turbo generator no. 7 at reactor no. 4 caused Monday’s failure. While the workers on duty did their very best to repair the valve, the result was only more broken valves in the reactor’s system. The RBMK reactors at Leningrad Nuclear Power Plant are criticised because there are thousands of small pipes and valves inside the reactor core. This makes it difficult to locate the troubles as they emerge.

The press service of Leningrad NPP says the troubles should be repaired within 24 hours. In the meantime the power output from the plant was reduced by 500 MWt.

Leningrad NPP operates four reactors of the RBMK-1000 type. These are the oldest civilian reactors in Russia of the Chernobyl type. The first one started its operation in 1973, while Monday’s trouble reactor is the newest one from 1980. According to the official monitoring, the radiation levels in the area around Leningrad NPP are normal at all 23 sites where on-line measurements are updated today. The link in the box to the left goes directly to this official on-line measurement system.

Bellona’s St Petersburg office currently works on a energy-proposal for the region, also aimed to look into energy production that by time can replace the need for Leningrad NPP.