A panel of scientists has declared it is safe to restart two reactors in western Japan amid swelling protests in order to avert what Japan’s Prime Minister Friday said would be huge power shortages, manufacturing slides and job losses. 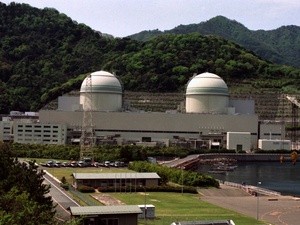 Measures to ensure the safety of two reactors at Kansai Electric Power Co’s Ohi nuclear plant have been undertaken, Noda said. Some, however, have begged to differ, saying the Ohi reactors are the only two reactors in Japan that come close to meeting the stringent new conditions of Japan’s reactor stress tests and retrofits.

Japan is still awaiting the final say of the Fukui prefecture governor, where the Ohi plant is located, before the reactors are restarted – though the governor’s agreement is not required by law.

“This shows how desperate the situation in Japan is,” Bellona’s nuclear physicist and general manage Nils Bøhmer said. “With this move the government is clearly ignoring public opinion against it – they are compromising the population’s safety for economic reasons.”

The prime minister and three cabinet members with final say on the restart may give the go-ahead as early as June 16, the Kyodo News agency reported, citing unnamed officials, though the plant’s owner says the reactors would not be producing before the end of the month.

Since last year’s Fukushima-Daiichi nuclear disaster, Japan’s 50 reactors have been shut down for routine maintenance and stress tests, the most recent switch off occurring as recently as May 5, when the third reactor at the Tomari plant in Hokkaido prefecture was taken offline.

Tomari  No 3 represented the only rector that had been in service since Fukushima Daiichi was hit by a tsunami following a 9.0 magnitude earthquake on March 11, 2011, and lost all primary and back up cooling.

This led to lead to meltdowns at three of the plant’s six reactors, hydrogen explosions, as yet to be calculated releases of radioactivity into the air, and sea, food and fish contamination and the forces evacuation of 160,000 people, for whom it is still too dangerous to return home.

Japanese and international environmentalists had viewed this summer during which the country would have no nuclear power for the first time in 40 years as a bold experiment to layout a framework for a larger renewable energy infrastructure.

They were emboldened that Japan could fair the summer, as other heavily nuclear dependent economies, most notably Germany, is managing with eight of its oldest reactors shut down with the remaining 11 to follow by 2022.

Japan was once the biggest nuclear producer after the United States and France according to the World Nuclear Associaltion.

Concerns about Japan also lie with an increased carbon footprint, as the country – one of the worlds largest liquefied natural gas (LNG) importers – has been bringing some 4.5 million barrels a day to cope with its energy needs since nuclear power’s general shut down following the Fukushima-Daiichi disaster last year.

“Huge imports of LNG is not an ideal situation if you are trying to phase out of nuclear and into and phase into renewables,” said Bøhmer.

He suggested that ballooning LNG expenditures could be pumped into renewable energy development, creating a burgeoning supply of alternative energy.

Even though the destroyed Fukushima Daichii reactors are in so called “cold shutdown” ­– a condition in which they are less than 100 degrees Celsius – there are still dangers of so call fission events, conditions under which chain reactions could occur spontaneously in the mass of melted nuclear fuel.

But that option, for the moment, seems to have lost its urgency as the Japanese government turns back to nuclear power – and a fresh wave of protest.

In an impassioned appearance Friday on national television Prime Minister Yoshihiko Noda said that: “Cheap and stable electricity is vital. If all the reactors that previously provided 30 percent of Japan’s electricity supply are halted, or kept idle, Japanese society cannot survive.”

He added that some companies could possibly move production out of Japan, losing vital jobs as a result.

“It is my decision that Ohi reactors No 3 and No 4 should be restarted to protect the people’s livelihoods,” he said.

The decision to turn the reactors back on was taken at meeting late Saturday when a 12-member panel appointed by the governor of Fukui prefecture, where the Ohi nuclear plant is located, Bloomberg reported.

The meeting itself had to change venues because of raucous anti-nuclear protests outside the build, the Japan Times said.

According to polls, public opposition is nearly overwhelming.

Seventy-one percent of respondents to a Mainichi newspaper poll published on June 4 objected to a speedy restart of the reactors in Ohi.

In a separate poll released June 5 by the Pew Research Center, 70 percent of Japanese said the country should reduce its reliance on nuclear energy and 52 percent said they were worried that they or someone in their family may have been exposed to radiation.

Yet the final say lies with the government and – though not required by law – local authorities.

In April, the government set stricter safety guidelines for nuclear plants in a bid to win public confidence for restarts. These include the installation of filtered vents and a device to prevent hydrogen explosions, according to the BBC.

Last month, the government asked businesses and households in parts of the country to cut electricity usage by up to 15 percent to avoid possible blackouts.