Belgium has reached a conditional agreement to join the list of countries abandoning nuclear power in the wake of the Fukushima Daiichi disaster, and has announced it will aim for a two step phase out approach, closing its oldest reactors by 2015 and the remainder by 2025 – if it can find alternatives to replace its reactors.

Published on November 7, 2011 by Charles Digges 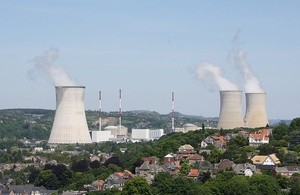 In the throes of agreeing to a new government, Belgium is setting up a new coalition government and the nuclear shutdown will be on its agenda, officials told reporters early this month.

“There is a confirmation that the plants will close, and nuclear will become a transition energy in Belgium,” an unnamed government official told The Wall Street Journal late last week. “The government will set out a plan for the move to alternative power sources in the six months following its installation.”

The source said the 2015 and 2025 dates would be “flexible” as the new government talks with energy companies and investors and implements plans to make the energy market more competitive.

Also on the new government’s agenda, the newspaper reported, would be a higher nuclear tax, which would be slapped on nuclear power producers. The proceeds would reportedly be spent on renewable energy sources in the North Sea.

“This is could indeed be good news,” said Bellona’s executive director and nuclear physicist Nils Bøhmer.

“First of all this is a conditional closure, meaning that Belgium will need to invest substantially in developing renewable energy sources,” he said.

Bøhmer cautioned, however, that Belgium must take care not to go the way of Sweden, which as the result of a 1980 referendum instituted a nuclear phase out by 2010. That wa dashed, however, in 2009, the Swedish government agreed to allow old nuclear power reactors to be replaced, ending the phase out policy.

Chief among the motivating factors behind this, said Bøhmer, was that Sweden had not sufficiently developed its renewable energy capacity.

Bøhmer further advocated that should fossil fuels replace nuclear energy in Belgium, that carbon capture and storage technology be deployed so that the nuclear shutdown does not lead to increased emissions of carbon dioxide.

Belgium, home to 11 million people, relies on nuclear for half of its electricity. According to Reuters, the ambitious nuclear shutdown is dependent on finding a reasonable source of power as a replacement, which is far from guaranteed.

If alternative energy sources are found to fill the gap then the three oldest reactors will be shut down in 2015.

Natural gas and coal, along with some renewables, provide the remainder of Belgium’s power, according to IEEE Spectrum magazine.

According to a European Wind Energy Association report from earlier this year, the country will more than quadruple its wind power installations by 2020, but this will still only provide 10 percent of the total power needs, IEEE reported.

Belgium has seven reactors at two nuclear power stations, at Doel in the north and Tihange in the south. Theyare operated by Electrabel, which is part of GDF-Suez.

Will Belgium add to the anti-nuclear domino effect?

Germany is the largest economic power so far to announce it will be giving up nuclear power in the wake of Japan’s Fukushima Daiichi disaster in March.

Italy, which never had a nuclear program, turned out in force this summer for an well attended referendum declaring that the country will never pursue a nuclear power, contrary to the wishes of its enormously unpopular Prime Minister Prime Minister Silvio Berlusconi. And Japan has said it is aiming for a 40-year phase out of nuclear energy.

Belgium had actually planned a nuclear exit in 2003, long before the Japan earthquake.

In 2009, Belgium agreed to extend reactors’ engineered operational lifespans by 10 years, but this change never came into force as the government that decide the measure lost power

After the most recent decision, however, the shutdown will be re-accelerated dependent on finding alternative energy sources.

“If it turns out we won’t face shortages and prices would not skyrocket we intend to stick to the nuclear exit law of 2003,” a spokeswoman for Belgium’s energy and climate ministry told Reuters.

Belgium will now negotiate with investors to see how it can find new capacity to replace the 5860 MW that will be lost if the two nuclear sites at Doel and Tihange are shut.

“The government will actively look for new investors and sites that are still unused to see what can be done,” the spokeswoman said.