Published on October 2, 2006 by Charles Digges 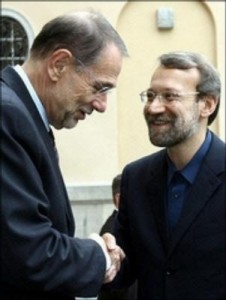 It was a predictable outcome in which hardliners from both sides are more and more frequently steering negotiations into a deadlock as the US pushes hard for European nations to impose sanctions and force Iran to accept Washington’s conditions.

President George Bush meanwhile seemingly passed the diplomatic buck to European Union (EU) officials to continue talks to reach a resolution to the crisis, but warned in an interview with the Wall Street Journal that his Secretary of State Condoleezza Rice will “make sure that this process (of negotiations) cannot go on forever.”

The US Senate has also passed, since the end of this week’s negotiations, legislation called – in typically ironic US terminology, the “Iranian Freedom Support Act”- that will impose sanctions on countries and industries supporting Iran in its nuclear development. This is a clear shot across the bow of China, which is selling missile technology to Iran, and Russia – which is building and fueling an $800m, 1,000 megawatt reactor in the Persian Gulf port of Bushehr that will come on line in November 2007. Russia plans to pursue even more tenders to build as many as five more reactors in

The legislation package –which is expected to be signed by Bush – will further muddy the diplomatic process and create other problems as well. Russia – a long time oil and nuclear business partner of Iran and a key member of the United Nations Security Council – has grown increasingly frustrated with US demands for sanctions at the expense of diplomacy. 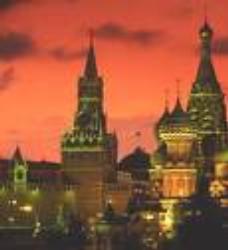 "It’s the most unusual relationship we have with any country in the world," US Undersecretary of State for Political Affairs Nicholas Burns told the BBC.

"It’s been 27 years since we’ve had a normal diplomatic, social and political relationship. And so for instance I am one of the people responsible for Iran in our government and yet I have never met an Iranian government official in my 25-year career."

Could the two sides still sit down face to face?
One opportunity when they could have done so was after the events of 9/11. Iran and America faced – and still face – a common enemy in the Taliban. Taliban troops were at the time arrayed along the Iranian border, and Iran was ready to go to war. Meanwhile, throngs of Iranians turned out on the streets of Tehran and held candlelight vigils for the victims of the terrorist attacks on New York and Washington. Sixty-thousand spectators held a minute’s silence at Tehran’s football stadium.

After the initial US war in Afghanistan, Iranian and US officials found grounds to co-operate and US negotiators worked closely with Tehran to form a new Afghan government. There was the hope that this engagement could lead to an eventual restoration of diplomatic relations.

But back home in Washington and Tehran, hardliners and moderates clashed over whether the other side could be trusted.

Just weeks after Iran and the United States had worked so closely together over Afghanistan, Bush gave his answer in his infamous 2002 State of the Union Address when he lumped Iran into an “axis of evil.” That was all the proof hardliners in Tehran needed as to how far they could trust American. Tension once again ruled American-Iranian relations.

"We were all shocked by the fact that the US had such a short memory and was so ungrateful about what had happened just a month ago," Javad Zarif, now Iran’s Ambassador to the UN, told the BBC.

Despite the humiliating ramifications of Bush’s words, and the selective amnesia of the Washington establishment, another opportunity arose for the nations to become closer when the United States marched on Baghdad, and Tehran feared it may be next – a fear that is even closer to reality now than it was then.

The opportunity came in the form of a little publicized letter in which Iran announced it was willing to put everything on the table, including complete transparency about its nuclear programme, offers to help stabilize Iraq, ending support to Palestinian militant groups, and assistance in disarming Hezbollah. The letter was sent with the support of the highest leaders in Tehran. But it was ignored in Washington – in keeping with the US hardliners’ catch-phrase: “We don’t speak with evil,” Larry Wilkerson, then chief of staff to US Secretary of State Colin Powell, told the BBC.

"In my mind it was one of those things you throw up in the air and say I can’t believe we did this," said Wilkerson.

Why talk to a weak Iran?
The problem was that at the very moment that Iranian vulnerability was at its greatest, thanks to America’s march to Baghdad, Washington was at its most triumphal – why talk to Iran when you could simply dictate terms from a position of strength, asked BBC security correspondent Gordon Carera.

America’s rejection of talks had a ripple effect that reached all the way to Tehran, tilting the power framework there in favor of the hardliners like Ahmadinejad. They became entrenched in the ensuing years, and the possibility for direct American-Iranian dialog dwindled to nil.

Meanwhile, America’s victory in Iraq is looking more ambiguous as a brutal insurgency gathers strength. Rising oil prices have solidified the influence of a hard line Iran –which it the world’s fourth biggest oil exporter – both in Iraq and the Middle East in general.

Now, the possibility of successful further talks with Iran seems more remote. The United States is still insisting on that Iran must suspend its enrichment programme before it even puts in an appearance at the negotiating table, and Iran is bluntly rebuffing appeals to cease its nuclear activities. The last chance may have been lost.

"Had it not been for those arbitrary red lines and the pressure that went along with those arbitrary red lines imposed on our negotiating partners, I believe the nuclear issue could have been resolved long time ago," Zarif told the BBC. All Iran wanted, according to Zarif, was a halt in American hostility and a statement that Iran did not belong to the “axis of evil.”

Cooperation between the two opposing states would then have been facilitated and years of tense diplomacy and threats could have been avoided.