A recent US House of Representatives committee report on Iran’s atomic capability is “outrageous and dishonest’” in trying to make a case that Tehran’s nuclear programme is ramping up to make weapons, a senior official of the UN nuclear watchdog has said according to international news sources.

Published on September 15, 2006 by Charles Digges 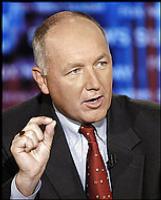 The US Congressional report, which was read by a 35-nation gathering of the International Atomic Energy Agency (IAEA), was said by an IAEA official to be false in saying Iran is making weapons-grade uranium at an experimental enrichment site, when the country has, in fact, enriched uranium only in small quantities that are far below the enrichment level needed for nuclear arms, the Associated Press reported. The report came from the offices of the US House Permanent Select Committee on Intelligence.

Russia is helping Iran build an $800m, 1,000 megawatt light-water reactor in the Iranian port of Bushehr, and intends to build more. The Bushehr plant is due to come on line later this year or early next year. Iran has claimed that all the uranium enrichment technology it is pursuing is to fuel its future complex of nuclear reactors.

But Washington has accused Iran of pursuing nuclear weapons since the late 90s and has broadly hinted in unclassified CIA reports and State Department rhetoric that Russia is supplying at least some of that weapons know-how. Moscow has denied both that Iran has weapons ambitions, and that it is helping Tehran to realise them.

IAEA shunned for possible attack on Iran?
IAEA officials – who have been investigating Iran’s nuclear affairs since it defiantly skipped a United Nations (Un) Securtiy Council imposed deadline of August 31st to cease enriching uranium – responded to the US Congressional report in a harshly worded letter to the US House Select Committee on Intellegence, headed up by Michigan Republican Representative Peter Hoekstra.

The committee’s report, which was first brought to light by The Washington Post on Friday, was written by one author, Fredrick Fleitz, a Republican staffer, former CIA employee and anti-Iran hard-liner. Fleitz chastised the CIA and other agencies for not providing evidence to back assertions that Iran is building nuclear weapons, presumably to avoid evidentiary problems that discredited US assertions that Iraq was trying to manufacture nuclear weapons, a parallel analysts drew.

"This is like prewar Iraq all over again," said David Albright, a former nuclear inspector who is president of the Washington-based Institute for Science and International Security. "You have an Iranian nuclear threat that is spun up, using bad information that’s cherry-picked and a report that trashes the inspectors."

In fact, according to The Washington Post accounting of the letter, the inspector was sidelined at Tehran’s request, and the Islamic Republic had a right to ask for a replacement under agreements that govern all states’ relationships with the IAEA. The letter called the US report’s version "incorrect and misleading.”

“In addition,” said the IAEA letter, “the report contains an outrageous and dishonest suggestion that such removal might have been for ‘not having adhered to an unstated IAEA policy barring IAEA officials from telling the whole truth about the Iranian nuclear programme.”’

It is, in fact, odd that the United States would level such charges against the IAEA, which has aired its own suspicions that Iran may be developing a nuclear weapons programme on many occasions in the past, and has thus repeatedly demanded more stringent inspection policies in the Islamic Republic.

Privately, several US intelligence officials told The Washington Post that the committee report included at least a dozen claims that were either demonstrably wrong or impossible to substantiate. Hoekstra said the report was reviewed by the office of John Negroponte, the director of national intelligence.

IAEA Letter received by Congress
The August 12th letter was addressed directly to Hoekstra. It was signed by Vilmos Cserveny, who is a senior director of the Vienna-based IAEA, said The Washington Post.

An IAEA official, who spoke with the Associated Press on the condition of anonymity because he was not authorized to comment on the letter, said it was written “to set the record straight.”

Jamal Ware, a spokesman for the House Permantent Select Committee, confirmed the committee had received the IAEA letter and said Committee Chairman Hoekstra had referred it to his congressional colleague from Alabama, Republican Representative Mike Rogers and to New Jersey Democratic Representative Rush Hold. Rodgers is reported by news sources to have defended the report’s conclusions about Iran’s nuclear capability in a formal response.

“All IAEA complains about is a photo caption. If you read the report, it’s very clear that what it is saying is that Iran is working to develop the capability to enrich uranium to weapons grade, not that they have done so,” Ware told AP. “They use a string of adjectives, while not pointing to any substantive criticism of the report. There are areas where we would disagree with them. A disagreement does not make what we say erroneous.”