After nearly two decades, billions of dollars and minimal progress, the Obama administration yesterday put on “cold standby” the US side of a program with Russia to demobilize surplus Cold-war weapons-grade plutonium, the administration’s 2015 federal budget proposal showed when revealed on Wednesday.

Published on March 5, 2014 by Charles Digges 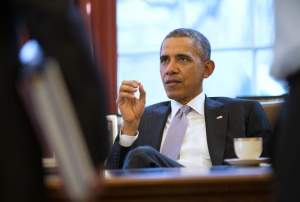 After nearly two decades, billions of dollars and minimal progress, the Obama administration yesterday put on “cold standby” the US side of a program with Russia to demobilize surplus Cold-war weapons-grade plutonium, the administration’s 2015 federal budget proposal showed when revealed on Wednesday.

The White House budget request still stands the test of Congress, and how the budget emerges in its final form will not be apparent for some time.

But Bellona, the Washington-based Union of Concerned Scientists, Russia’s Ecodefence and other international environmental and anti-nuclear groups view putting the overpriced and ineffective program on ice to be a step in the right direction so that cheaper and more permanent methods of plutonium disposition can be put back on the table.

The freeze will also halt the pursuit of mixed oxide fuel, or MOX, which is a blend of uranium and plutonium in a way Bellona’s general director and nuclear physicist, Nils Bøhmer hoped would continue a world wide back-turning on the controversial fuel technology.

The requested stoppage of work at the US Department of Energy (DOE’s) Savannah River Site near Aiken, South Carolina, which was slated convert some 34 tons of surplus US weapons plutonium into mixed oxide nuclear fuel for commercial nuclear reactors in accord with the US-Russia Plutonium Disposition Agreement of 2000 is not related to current events in Ukraine. Under the agreement, Russia had consented to dispose of 34 tons of its own plutonium stockpiles as well, but nearly immediately refused to go in for cheaper technologies that would completely immobilize its deadly stash, and fell behind in developing other methods for disposing of it in commercial reactors.

In both cases, the United States and Russia are estimated to hold dozens, even hundreds more tons of surplus plutonium each, making the commitment to destroy only 34 tones more a symbolic than concrete effort.

The United States on Wednesday cited spiraling costs of the program, its stutter-step progress, and the existence of other technological approaches that would more effectively and less expensively achieve the goal of rendering the surplus plutonium useless – rather than leaving it as lingering candy for terrorists or back-door arms buildups that are exploitable loopholes in the current MOX plan.

“As part of an ongoing analysis of options to dispose of surplus plutonium, the Budget (for 2015) provides funding to place the Mixed Oxide (MOX) Fuel Fabrication Facility in cold standby, while NNSA [The National Nuclear Security Administration] evaluates alternative plutonium disposition options that will achieve a safe and secure solution more quickly and cost-effectively,” the White House said in a statement.

“The Administration remains committed to the US-Russia Plutonium Management and Disposition Agreement and will work with our Russian partners to achieve the goals of the agreement in a mutually beneficial manner,” said the statement.

How the Russian side will react to the unilateral US freeze of the program remains unknown, and those contacted for comment at Russian state nuclear corporation, Rosatom,  today by Bellona could not immediately provide a statement.

Under the agreement, it was assumed Russia would be building a line for MOX fuel production at Krasnoyarsk-26, or Zheleznogorsk, in Siberia, which would then be burned in the Beloyarsk nuclear power plant’s fast neutron reactor.

The Russian and American plans were – in the language of the initial agreement – to proceed in parallel progress.

But the US long ago gave up on that idea and began unilaterally developing the Savannah River site, not so much in the interest of fulfilling the plutonium disposition deal, but to test the waters on a plutonium-based fuel economy itself. This was a hiccup following Obama’s defunding of the Yucca Mountain facility that led to an examination of close fuel cycle options for the US nuclear industry.

The proposed abandonment of the Savannah River Site, which according to US government studies could cost some $30 billion over its lifetime, was praised by its opponents.

“Converting this plutonium to a form that would be harder to steal or reuse in nuclear weapons is an essential long-term goal,” Edwin Lyman, a senior scientist with the Union of Concerned Scientists’ global security program, said in a Tuesday statement.

“But the MOX strategy would have greatly increased near-term risks by making it easier for terrorists to steal plutonium during processing transport or storage at reactors,” said Lyman.

“The DOE has already wasted billions on this risky project. It’s time to pursue a cheaper and safer alternative – Congress should follow the administration’s lead and terminate this ill-advised program.”

Scientists have argued for the past 15 years that solidifying the plutonium in a glass-like form – a process called vitrification – would be cheaper and less vulnerable to theft.

This makes the plutonium itself “self-defending” according to Robert Alvarez a scholar at the Institute for Policy Studies and former senior adviser at the Energy Department under the Clinton Administration, when the plutonium destruction program was first brought up.

He told Bellona in earlier interviews that US expenditures on the Plutonium Disposition program “have gone mostely to maintain what we now recognize is an oversized nuclear stockpile.”

US negotiators have constantly run up against a Russian wall of reluctance to pursue vitrification as Moscow views its surplus plutonium stockpiles to be an invaluable resource for MOX and other plutonium based fuel fabrication.

Former arms negotiator and head of the NNSA from 2002 to 2007, Linton Brooks, said that storage facilities necessary for storing vitirified plutonium are in short supply. He pointed out that continuing to dismantle American warheads would add to an already critical backlog.

Bellona’s Bøhmer agreed that “the United States needs to start moving on planning a repository – both for vitrified plutonium and spent nuclear fuel that now sits onsite at commercial US reactor sites.”

But he said that, overall, the shift away from attempting to produce MOX on an industrial scale, either as an arms control effort or in order to forward new fuel technologies, is a desirable outcome – and a trend that many MOX adherents are recognizing.

Bøhmer cites that UK MOX plans have been cancelled because of technical difficulties with the fuel and cost overruns.

“The plutonium-based nuclear fuel cycle worldwide seems to be in a tailspin from which it may not recover,” Bøhmer said.