NEW YORK – Nearly 4 kilograms of highly enriched uranium has been repatriated to Russia from Vietnam under the Russian-American Global Threat Reduction Initiative to secure nuclear materials that could be used to make weapons, officials with Rosatom, Russian’s nuclear energy agency said Monday.

Published on September 17, 2007 by Charles Digges 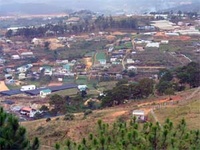 Though the amount falls short of the estimated 7 kilograms needed to make a bomb, the return of the Vietnamese fuel represents the second such delivery under International Atomic Energy Agency (IAEA) safeguards in less than two weeks, putting the programme closer to meeting its completion deadline of 2010 – though most experts agree that the project will still overshoot that mark.

The transfer of 3.9 kilograms of uranium from a research reactor in the Vietnamese city of Dalat was completed Saturday, Rosatom officials told Bellona Web Monday.

Earlier this month, IAEA officials helped return 8.8 kilograms – enough for a uranium-based nuclear bomb – from a research reactor in Otwock, Poland. Saturday’s transfer is the 14th such shipment since 2004.

The US Department of Energy’s National Nuclear Security Administration (NNSA) paid $2.4m for the safe transfer of the material to Russia.

The price tag for Poland’s significantly cheaper airlift, which was also paid by NNSA, was $490,000.

That shipment was preceded by an even bigger airlift from the same reactor in late 2006, which repatriated 40 kilograms – or about six-bombs’ worth – of uranium from the Polish reactor.

The highly enriched uranium was airlifted from Dalat to Russia under heady guard by IAEA officials and will eventually go to the Luch facility at Podolsk, which has down-blended some 8 tonnes of fresh Russian-origin highly enriched uranium. First it will be stored at the Dmitrovgrad All-Russia Institute for Atomic reactors, known as NIIAR in its Russian acronym, to the east of Moscow.

The focus of the US-Russian driven plan, initiated in 2004 is the result of long-unheeded warnings from scientists that supplies of Russian–origin highly enriched uranium at research and university reactors around the world are particularly vulnerable to theft by terrorists. The programme will retrieve highly enriched uranium sent by Moscow to 20 reactors in 17 countries and ship it back to Russia for storage and down blending.

The joint US- Russian initiative has so far transported some 500 kilograms of fresh highly enriched uranium fuel back to Russia from former Soviet satellite and Bloc states under a tri-lateral deal inked in 2004 between the NNSA, Rosatom and the IAEA, Rosatom said.

Decades of fuel to track down
Over the years, the United States and Russia have exported several thousand tons of uranium—to such an extent that Alexei Yablokov, one of Russia’s leading environmentalists and the president of the Moscow-based Centre for Ecological Policy of Russia, believes it can never be entirely accounted for.

"In principle, it is a very good idea to collect all used nuclear fuel which has been spread all over the world, but it is also an impossible task," said Yablokov in a recent interview with Bellona Web.

"A huge amount of it will remain in reactors in different parts of the world, nuclear power plants in different countries will continue to be a powerful source of weapons-grade nuclear material."

For this reason, said Yablokov, the Global Threat Reduction Initiative is more a political than a practical step.

The Global Threat Reduction Initiative takes into account those Russian-built research reactors that are considered most vulnerable to theft. In some cases, the fuel was shipped from Russia as early as the 1950s – making the material indeed hard to track down in all cases.

Russian and American officials – on the heels of a recent visit to the Podolsk facility by US Senator Richard Lugar and former US Senator Sam Nunn, co-authors of the Cooperative Threat Reduction initiative – have acknowledged security shortcomings at Podolsk and NIIAR. This, despite millions of dollars from the United States for upgrades.

Edwin Lyman, senior scientist in the Global Security Programme at the Union of Concerned Scientists in Washington expressed concern in a recent interview with Bellona Web about the wanting security of Russian facilities in general.

He noted Russia’s poor record for storing and safeguarding the atomic material it already has.

"Bringing all this back to Russia, yes, it’s a little paradoxical, given all the warnings about proliferation in Russia," said Lyman.