US funding in Russia should encourage nuclear reform in Moscow

It is the assertion of The Bellona Foundation that money sent to Russia by the United States for the purposes of improving nuclear and non-proliferation safety would be more effective if that funding supported a fundamental reform of the Russian nuclear industry. In Bellonas assessment, simple and well established programs supported by the United States, such as submarine dismantlement, are in good working order. However, more complicated programs involving western investment such as the Mayak Fissile Materials Storage Facility (FMSF) in the Southern Urals, and the shut down of Russias remaining plutonium production reactors, have faltered. Such programs as the HEU-LEU program—whose funding is allocated on a freer basis—allows Russia to maintain the Soviet-era status quo of its nuclear industry, and offer no impetus for Moscow to re-assess the current structure of its nuclear industry. 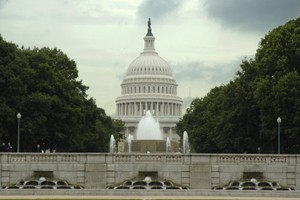 The United States contributes approximately $1 billion to $1.3 billion annually to nuclear dismantlment and security projects in Russia. Nearly half of this funding is accounted for by the US Defence Departments Co-operative Threat Reduction (CTR) program, which began in 1992. after the dissolution of the Soviet Union, with the goal of neutralising ex-Soviet weapons of mass destruction. Among these items are ballistic missile submarines (SSBNs), bombers, inter-continental ballistic missiles, nuclear war-heads, missile silos and launchers, and chemical weapons.

CTRs efforts are combined with those of the US Department of Energy (DOE) National Nuclear Security Administration (NNSA), and the US Department of State. The DOE contribution consists mainly of bolstering nuclear security at additional vulnerable sites, finding alternative employment for out of work weapons scientists, the on-going shutdown of Russias three remaining plutonium production reactors, and building coal-fired sources of energy in the towns that these reactors power. The DOE also heads up the Plutonium Disposition program, under which both nations have agreed to destroy 34 tonnes each of surplus weapons grade plutonium.

Additionally, the 1993 HEU-LEU Agreement, also known as the Megatons to Megawatts program, brings up to $500,000 million annually into the Russian nuclear industrys coffers, and is, indeed the industrys lifeblood. Through this program, Russia down-blends weapons usable highly enriched uranium (HEU) and sells the resultant low enriched uranium (LEU) to the United States for use in commercial reactors. The US agent for this program in the United States Enrichment Corporation (USEC). Tenex, Russias nuclear fuel exporting giant, is USECs Moscow-based counterpart. Russia draws on its Cold War stocks of HEU to keep this program in operation. The program is scheduled to end by 2013. By that year, the Russian nuclear industry will have netted $7.5 billion from the program.

Effects of the programs
The targeted programs, or structured programs, run primarily by the DOE and DOD have gained considerable results. The programs have succeeded in dismantling nuclear submarines and securing many nuclear sites with updated technologies. More complex programs like the FMSM and plutonium reactor shut down, however, have fallen short of expectation.

The DOD-run CTR scorecard for nuclear materials destroyed, as of January 27th 2005, includes:

Yet CTRs project to open a safe storage facility for 50 tonnes of plutonium and 200 tonnes of HEU have flagged considerably. Begun in 1993, FMSF is CTRs longest running program to date. A ribbon-cutting ceremony was held for the facility in December 2003, but additional safety equipment installation, training and test remain before the facility can being to receive fissile materials for storage.

DOE run programs are harder to quantify, but its Materials Protection, Control and Accounting (MPC&A) programs have offered both so-called rapid upgrade and comprehensive upgrades at sites storing weapons usable nuclear material. In conjunction with its Weapons Protection Control & Accountability (WPC&A) sister program at CTR, 37 percent of weapons usable nuclear material has been secured under lock and key in the past dozen years. Many in US Congress and a host of nuclear experts have complained that this progress is far to slow. But Senator Richard Lugar has argued that the alternative to slow progress is no progress at all. Bellona supports his position. The MPC&A programs have also received substantial budget increase requests for 2006.

The DOEs efforts to shut down Russias remaining weapons-grade plutonium production reactors—two in Seversk near Tomsk, and one at Zheleznogorsk near Krasnoyarsk, all in central Siberia— have been hobbled.

As the reactors in question also supply heat and electricity to the communities where they are located, the DOEs task it to shut the reactors down completely and build or refurbish nearby fossil fuel plants to compensate for the power loss when the reactors go off-line. But this project has become overburdened by bureaucracy and contractors, and a plan to shut down the reactors have yet to be developed. It is highly unlikely that the program will be effected prior to 2011. The reactors are meanwhile pumping out a combined 1200-1500 kilograms of weapons-grade plutonium each year they remain operational.

The HEU-LEU agreement an unstructured program
We refer to the HEU-LEU Agreement as an unstructured program—that is the program serves its goal by converting HEU to LEU, but at the same time supplies considerable financial resources directly to the Russian nuclear industry. It has, in other words, less build-in financial accountability than do CTR and DOE programs. The question is, how does Russia spend the estimated $500 million annual financial windfall it yearly receives from the HEU-LEU program? In 2004, only 16 percent of the received funding is spent on increasing safety at nuclear installations. The bulk of this HEU-LEU funding is spent on construction of new nuclear sites outside of Russia (41 percent). Only 7.8 percent goes to reforms within Russias nuclear industry. Another 29 percent of the proceeds are used for unspecified expenses (approximately $162 million dollars in 2004).

In reality this funding channel not only helps Russia to build nuclear power plants and other nuclear sites in such countries as Iran, India and China, but also supports the Cold War era nuclear infrastructure that has remained basically unchanged since Soviet times, and could barely survive without this funding feeding tube.

Restructuring the programs
As seen above the target programs (such as those sponsored by CTR and the DOE) bring leverage, but also have their share of remediable flaws. The HEU-LEU program converts weapons grade material, but at the same time pumps cash into the Russian nuclear infrastructure and Russian nuclear ambitions abroad, essentially putting the two programs at cross purposes.

Massive Cold War uranium resources, equalling some 1200 tonnes of HEU, are of no use to the Russian military. These resources prevent the reform, as the country can live on them without reforming anything. But these HEU resources are finite. What will the United States and other donor countries do when these resources are depleted and Russia asks for considerable support again? Is it not better to make sure that these issues are resolved sooner rather than later, and that Russias nuclear infrastructure (both technical and regulatory) begins reforms now?

The answer is obviously affirmative. But what should be done to achieve that goal? The problem is that Russia has yet to perform a true evaluation of its past strategies and policies, and has simply taken habits and practices inherited from Soviet times for granted. One such policy is the closed nuclear fuel cycle that Russia employs—taking spent nuclear fuel, reprocessing it at great danger to the environment and proliferation, and putting the separated uranium and reactor grade plutonim back into use. Is it this an effective strategy for Russias beleaguered nuclear industry that can barely keep up with its reprocessing back-log at Mayak? Nobody among Russias top nuclear brass has ever even tried to answer this question. Meanwhile, the current Plutonium disposition agreement—should it overcome its current liability deadlock—stipulated the destruction of only 34 tonnes of Russias estimated stockpile of 100 to 150 tonnes of weapons grade plutonium. What is to become of the rest?

These questions remain unanswered, and will remain so as long as such policy questions are not evaluated in Moscow and no clear political decision has been made. There have been "concepts" forwarded by Russias current nuclear industry authority, Rosatom, but they are arguable on many points, even within the nuclear community itself. It must be asserted therefore that no political decision is in place.

The lack of policy decisions in Moscow have led to roadblocks in a large number of US led programs, as well as European programs.

To resolve this issue the EBRD has launched a project to create a so-called Master Plan for nuclear remediation of Northwest Russias limping nuclear infrastructure. The resultant Master Plan for Northwest Russia produced by Moscow fell short of expectations. The paper produced by Russian counterparts contained a methodically prioritised list of projects or areas of urgency. But there was a pronounced lack of comparisons to similar problems, and questions of what to do with Russias mounting stock of spent nuclear fuel were not elaborated upon.

Russia should be encouraged to make clear, reason-based policies—a Master Plan for the whole Russia. Only then it will be clear how and what projects will work and whether they will be effective in the long run. Russia should also be encouraged to spend funds received from such philanthropic agreements as the HEU-LEU agreement for the safety and restructuring, rather than on the mere survival of Cold War era enterprises.

Such policies will also create a clear picture on whether a particular project genuinely contributes to Russias nuclear security, instead of the Russian nuclear industry’s corporate ambition.