In a bid to end the longstanding disagreement over Russias nuclear co-operation with Iran, the US and Russia could at last reach a deal that satisfies both sides, according to experts speaking at the 2002 Carnegie International Non-Proliferation Conference in Washington November 14th-15th. 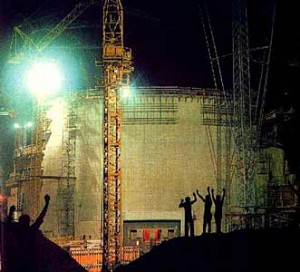 Ever since Russia began its peaceful nuclear co-operation with Iran and rebuffed the 1995 Gore-Chernomyrdin Commission, or GCC, agreement — limiting Russian technology transfers to Iran in exchange for providing Russian access to the US market for space launchers — Moscow and Washington have tried to reach a deal over Iran, but so far without success.

In 1995, Russia and Iran signed a contract under which Russia would provide Iran with a VVER-1000 light water reactor at Bushehr for $800m. Russias Ministry of Atomic Energy, or Minatom, took on the task of completing the Bushehr plant after the German contractor Siemens refused to resume work after the Iran-Iraq War, due in part to diplomatic pressure from Washington.

Bushehr is scheduled to begin operating in June 2004, with the loading of fuel into the reactor set for December 2003.

But Russias nuclear co-operation with Iran — especially the completion of the 1,000 megawatt Bushehr reactor located 800km south of Teheran — has become a sore point between the US and Russia.

Irans nuclear ambitions
Iran is a signatory to the Nuclear Non-proliferation Treaty, or NPT, as a non-nuclear weapons state.

Iran has agreed to abide by Article III of the NPT, which states that: each non-nuclear weapons state undertakes to accept safeguards, as set forth in an agreement to be negotiated and concluded with the International Atomic Energy in accordance with the IAEA and the Agencys safeguard system.

Russia maintains that its assistance to Iran is limited to building a civil nuclear power plant, nothing more. In fact, the Kremlin and Minatom insist the Bushehr reactor venture that adheres to international norms, will provide Minatom with hard currency and ensures Moscow has a close relationship with the regime in Teheran.

But Iran has not ratified two additional protocols to the IAEAs Programme 93 + 2, which is designed to prevent states from developing nuclear weapons covertly. Iran maintains that it will not ratify 93 + 2 due to it being denied civilian nuclear technology for Bushehr, despite the countrys positive record with the IAEA.

To the US, Irans commitments to the NPT are shaky at best. The US believes that Irans Bushehr plant is part of its clandestine nuclear weapons programme, which might receive a boost with the completion of the Bushehr reactor. Iranian scientists could gain fuel-cycle knowledge through reprocessing technology. This is why it is important to return spent nuclear fuel to Russia. If not, Iran would be able to reprocess spent nuclear fuel, or SNF, in the hope that the recovered material could be used for nuclear weapons making purposes.

Returning spent nuclear fuel
Minatom has repeatedly stated that its nuclear co-operation with Iran is free of nuclear proliferation risks. However, in June this year an internal Russian government document relating to Iranian nuclear co-operate was leaked to Greenpeace. The document showed that Minatom had failed to reach an agreement with Iran concerning the handling of SNF from Bushehr.

Reducing proliferation risks would require an agreement to be made between Russia and Iran whereby SNF would be shipped back to Russia for reprocessing. Consequently, Iran would not be able to recycle spent fuel and extract plutonium.

While Minatom has confirmed that discussions with Iran have taken place on the return of SNF to Russia, as of September this year Iran had still not signed a legally binding agreement prepared by Minatom in August. Minatom had asked Tehran to sign the agreement — which had not been included as a clause in the original construction contracts — on the return of low-grade SNF.

At that time, Minatom stated that Russia will not supply nuclear fuel to Iran until an agreement on the return of SNF to Russia is signed.

Still, Russia committed itself to IAEA rules stipulating the return of SNF to the country supplying the fuel. One problem is that SNF transportation stipulations will call for spent fuel from Bushehr to be stored in cooling tanks onsite for up to three years — ample time for SNF to be reprocessed and plutonium extracted.

Agreeing to disagree
Since the Reagan-era, Washington has sought to prevent Iran acquiring nuclear weapons through technical embargoes, which have been successful.

Whatever deal Moscow and Tehran reach on the return of SNF, Washington would rather see an end to nuclear co-operation with Iran. But so far this has not happened, although at times Moscow has flirted with Washingtons proposals.

In the post-September 11th environment, presidents Bush and Putin have on many occasions talked of their new found friendship based on mutual trust and co-operation. But Iran remains a thorn in this otherwise rosy relationship.

On February 18th 2002, US Under Secretary of Sate John Bolton met Russian Deputy Foreign Minister Georgy Mamedov in Moscow to discuss strategic stability. Mr Bolton made a point of reiterating Washingtons displeasure with co-operation with Iran. Besides, Iranian Foreign Minister Kharrazi was due to visit Moscow the same day to discuss the non-proliferation of weapons of mass destruction. He trip was cancelled, although Russian officials played down the allegation that the meeting had been postponed so not to offend Washington.

In July this year, the Kremlin announced a draft plan for a ten-year, $10bn programme of economic co-operation with Iran that would involve the building of five more reactors in Iran. The US worries that Iran would then be in a position to demand sensitive fuel-cycle technology and enrichment technology.

US officials told their Russian counterparts that if they cut off all avenues of nuclear co-operation to Iran, the Bush administration would work to lift restrictions on the import of SNF to Russia. Minatoms plans to import 20,000 tonnes, or 10%, of the global stockpile by 2020, which would earn Russia $20bn.

The US controls 70% to 90% of the worlds SNF and has a commending veto over what happens to it and where it is stored. For Russias import plan to work, though, US backing is essential. Despite that, Russian officials resisted the deal.

A bird in the hand
Although Washington had hoped that incentives might persuade Russia to stop nuclear co-operation, Moscows refusal is based the mistrust it holds for US after broken promises, despite President Putins backing on the war on terrorism.

Washington has not lived up it is commitment to remove Jackson-Vanik trade restrictions on Russia which bares countries that lack market economies and open emigration policies from enjoying normal trade relations with the US.

As such, Russias co-operation with Iran can be best explained in financial terms.

Commenting on Russias view to the US promise of future benefits if Russias were to give up the $800m contract with Iran, one spokesperson for Minatom said: Its better to have a bird in the hand than two in the bush.

It is estimated that more than 300 Russian enterprises take part in the Bushehr project, which has created 20,000 jobs. Besides, Russia has other lucrative contracts with Iran. Arms sales to Iran are valued at $8bn over the next decade, which is twice as much as Moscow can expect in non-proliferation aid from Washington. Since Russian products do not perform well on world markets, arms sales are an important source of revenue for the Russian governments coffers.

Try again
The current US administration has a range of incentives it can use to persuade Russia to end its nuclear co-operation with Iran including: a full nuclear co-operation agreement between the US and Russia, joint research and development of advanced power reactors and endorsing Russias international SNF storage.

The question is whether both sides can come to an amicable agreement.

One idea would be to let Washington grandfather the sale of Russian reactors for Bushehr if Iran accepts more stringent means of ensuring that it will not acquire nuclear weapons.

While some in the US community believe that grandfathering the Bushehr unit would make sense as apart of a package deal between US and Russia, Rose Gottemoeller, Senior Associate on the Carnegie Endowment for International Peace Non-proliferation Project, speaking at the Carnegie International Non-Proliferation Conference in Washington November 15th said: at the moment Washington is not willing to discuss the grandfathering of any units at Bushehr.

It remains to be seen whether the Bush administration would back this plan or if the Russians would agree to it. No doubt some in the Russian community might be willing to back grandfathering the existing unit, whereas some might have an expansive role. After all, Minatoms Strategic Plan for Iran calls for six or more reactors.

Still, Minatom could provide fuel-cycle services instead of fuel-cycle technology.

In a follow-up email interview with Bellona Web, Rose Gottemoeller suggested that Minatom officials have been expressing their interest in providing fuel services rather than fuel-cycle technology together with their reactor sales.

This is being seen as an economic advantage: Minatom will make more money out of a deal over time if they and take back the fuel (a fuel services contract), rather than selling the fuel-cycle technology to Iran. This is an improvement on the non-proliferation front, Mrs Gottemoeller continued.

While past negotiations failed to deliver a deal, in part due to conflicting interests, it is possible that the incumbent administrations could reach a favourable deal.

According to Gary Samore, Senior Fellow for Non-proliferation at the International Institute for Strategic Studies and co-author of Ending Russian Assistance to Irans Nuclear Bomb, who also spoke on November 15th, the new Russian Minister of Atomic Energy Alexandr Rumyantsev and the new US Secretary of Energy Spencer Abraham have developed a good working relationship to resolve the longstanding disargeement between Moscow and Washington over Russia’s nuclear assistance to Iran.1

While the Bush administration is more enthusiastic than the Clinton administration in new nuclear co-operation with Russia, the Russian government is under increasing pressure from Minatom and the nuclear lobby, whom have pushed the economic issues relating to projects in Iran.

If both sides wish to uphold their new found friendship, negotiators will have to reach a consensus over Iran. If they fail to do so, relations could sour. Even if the US offers a deal including its support of Minatoms SNF import and storage plan, this will be met by strong opposition from the environmental community in Russia.

In Mrs Gottemoellers opinion, Minatom, while temporary tired out by their fight with the Duma over the legislation to return SNF to Russia, does not have the stomach to take on a new fight right now.

Its a tactical rest, however, and theyll be ready to take on the issue (of SNF imports) when its ripe, Mrs Gottemoeller said.