Vis menyen
Bellona.org > Latest News > Nuclear issues > Accidents and incidents > Reflections of a Chernobyl liquidator – the way it was and the way it will be

When the fourth reactor block at the Chernobyl Nuclear Power Plant (NPP) exploded in April of 1986, Sergii Mirnyi was a 27-year-old chemist and was one of the hundreds of thousands of scientists, soldiers and even ordinary citizens summoned to the site to help quell what remained of the world’s worst nuclear disaster.

Published on October 4, 2006 by Charles Digges

They were called liquidators, and were the Soviet Union – and indeed, the world’s – first line of defense against transcontinental radioactive contamination.

Twenty years on, in an easy-going conversation with the editors of Bellona Web and other Bellona staff, Mirnyi wished to shed the aura surrounding the word “liquidator,” a noun that in contemporary Russian needs no explanatory footnote as it connotes a mix of survivor, victim and hero.

The typical camaraderie among Chernobyl liquidators is as strong as brothers-in-arms, and the notoriously under-compensated victims and those rushed to clean up after the catastrophe are a daily fixture in Russian news.

But Mirnyi wished – in processing the disaster for himself – to step back from all of that, and reach unique conclusions on why Chernobyl still affects the national and international consciousness so deeply.

This is not to say that he denies the profundity of the event, or that it does not continue to shape his life now. It did, in fact, give birth to his literary career, and, to date, he has published two books available in English, numerous articles and short stories and is completing a novel he is writing in his native Ukrainian.

The nature of disaster and a life in letters
“Disasters of this scale divide us into thinking about the way things were before and the way they are afterward,” he said. “When 9/11 occurred, many of the same feelings I had about the Chernobyl disaster surfaced, and I knew the world was now a different place – this is a valuable stage in processing disaster.”

Disasters, he said, need to be recollected and culturally processed. His two books are, in fact, born out of his experience in Chernobyl. The first, entitled “Chernobyl Liquidators’ Health as a Psycho-Social Trauma,” details the emotional and social distress of those who survived and helped contain the calamity’s fallout.

His second, “Worse Than Radiation and 7 Odd Chernobyl Stories,” takes a lighter anecdotal approach about his time as a liquidator, and is written in that a funny-thing-happened-to-me-at-work-today style. But the dry humour is at once a belly-laugh and an almost tragic struggle to come to terms with the spit and string methods one only had to resolve that cataclysm.

“Chernobyl is still not understood – it is off the social scale and off the cultural scale,” Mirnyi said. “Disasters are dramatic points into understanding the real world versus the day-to-day reality that we are all comfortable with.”

The holiday was over
At the time Chernobyl’s fourth reactor blew up, releasing a radioactive cloud over Eastern Europe that reached as far as Scandinavia, Mirnyi was coming up on a vacation and preparing for the relaxation and revelry of the May 1st holidays.

But as a Soviet Army reserve officer – like his colleagues at Kharkov universities and institutes – he was called to Chernobyl when the explosion occurred. But the order was taken with a grain of salt. Knowing little of what to expect when they got there, the mobilised officers and soldiers brought the air of the May 1st celebrations with them.

‘Even the pros didn’t know what to do’
Only when they arrived did they begin to comprehend what all the commotion was about.

“Even we professionals didn’t know what to do after the explosion and could not understand its ramifications,” Mirnyi said. “Here we were, experts in our fields and in radiation, and we didn’t know where to begin or even recongise the scale of the disaster.” 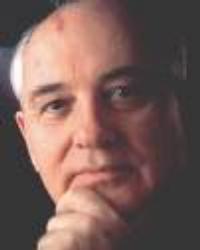 “It’s a part of my history, it happened 20 years ago, but I don’t want to become a spokesman for liquidators,” he said. “As much as you can have real contamination from a disaster, you can also have information contamination.”

Mirnyi said he had lived with a kind of “cognitive schizophrenia” – a condition in which he is willing to accept and appreciate the horrors of the Chernobyl accident, but is also able to embrace a life where the trauma of the disaster plays no role.

“Disaster overwhelms all reactions that were normal in a society before it takes place,” he said. “The actual disaster starts after the CNN moment, and the camera crews pack up and go – then the people are left alone and alienated.”

This is the first article in a two-piece series on the work of Sergii Mirnyi. The second installment, to be written by Igor Kudrik on Mirnyi’s presentation in the European Parliament, will appear soon on Bellona Web.