A Russian human rights activist has scored a major victory by securing legal access documents detailing a three week long cancer provoking radiation leak at the Russias largest atomic research center at Dimitrovgradan event that Moscow and the institute have held close to thier chests for eight years. 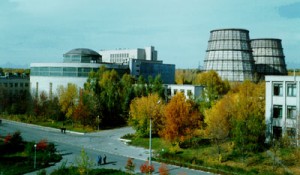 Though the court battles of the activist, Mikhail Piskunov, are still ongoing, Russian environmentalists greeted the decision of the Ulyanovsk Region Arbitration courtwhich has jurisdiction over Dmirovgrads Atomic Reactor Scientific Research Institute (or NIIAR in its Russian abbreviation)with celebration.

Piskunovs petition, filed with the Ulyanovsk Arbitration court demanding the public release of reams of documents pertaining to the 1997 radiation leak at NIIAR, was fulfilled by the court at the beginning of March after a long battle involving several other courts. The court, nonetheless, found in favour of NIIAR for damages to its reputation. Piskunov is appealing the verdict.

But the sheer release of the documents is viewed in environmental circles as the true victory.

We consider this as a great achievement, said Oleg Bodrov of the Green World environmental group of Sosonvy Bor, where the Leningrad Nuclear Power Plant runs four Chernobyl-type RBMK reactors. Piskunov has gone though three courts and finally obtained the information he sought.

One of Russias most prominent environmentalists, Alexei Yablokov, who was former Russian President Boris Yeltsins environmental advisor, hailed the court decision as an important victory.

Piskunov is undoubtedly right saying that NIIAR tried to conceal the information. And having got the information, having dug it out, is an important precedent, Yablokov said.

As revealed by the documents secured by Piskunov, the reason behind the radioactive release at NIIAR was corrosion of the hermetic seals on cooling assemblies at the facilitys MIR-M1 reactor. As a result, iodine 131, which is especially harmful to the human thyroid gland, leaked into the atmosphere over an extended period of time last from July 25th to August 16th of 1997. During some days of the leakage, the maximum permissible emissions limited was breached by some 15 to 20 times.

Piskunovs newspaper commentary sparks legal proceedings
An opportunity to seek legal recourse over the leak arose when Piskunov published an article in the local newspaper 25th Kanal, in which he publicised the results of a civilian investigation conducted by the organization he leadsthe Dimitrovgrad Center for Civil Initiative Assistance.

In response to that article, the General Director for NIIAR, Aleksei Grachyov, filed a lawsuit against Piskunov, demanding that he acknowledge that certain of his claims were inaccurate and damaged the business reputation of NIIAR. 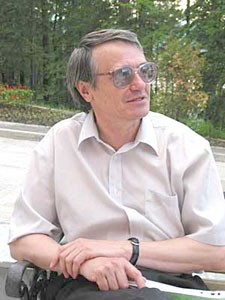 The suit: connection between the leakage and the health
In his article, Piskunov also cited data from a report entitled Health of the Populace of Dimitrovgrad prepared by local municipal environmental protection authorities. The data describe how the rate endocrine system related illnesses shot up among the citys 50,000 residents in 1998. By 1999, the rate exceeded the national average by three times.

Piskunov connected that spike in health problems in his 25th Kanal commentary with the 1997 release, insofar as no measures had been taken to protect the population.

And that is a criminal mistake. My opinion is that the leadership of NIIAR should answer for it, Piskunov wrote.

Greenpeace supported Piskunovs conclusions in public commentary that was released on the 19th anniversary of the Chernobyl disaster on April 19, 2005.

According to statistical data, two years after the accident in Dimitrovgrad an outbreak occurred in the incidence of endocrine disorders, wrote Greenpeace experts.

By strange coincidence, on the second day after the initial release, the president of the former Russian Federation Boris Yeltsin, who was vacationing nearby, cut his visit short and moved to a different residence in Karelia.

After the announcement in 25th Kanal, the representative of the Environmental Protection Service, Anatoly Doronenko, hastily distanced the involvement of his organization in the preparation of the municipal report to which Piskunov had referred. In an article published in late October in another local newspaper, Dimitrovgrad Panorama, Doronenko called Piskunovs conclusions too liberal an interpretation of the reports data, and wrote that they bear obvious indications of new so-called mass-media publicity technologies

In their suit against Piskunov, NIIAR officials also claim that the assumptions Piskunovs initial article made are groundless.

The documents acquired
The latest court decision to be handed down in Piskunovs case was the one formulated by the Ulyanovsk Arbitration court that ruled in NIIARs favour. But the case is on-going as the Centre for Citizens Initiatives Assistance has launched another appeal. But the mere fact that NIIAR was forced in the process to disclose documents about the 1997 incident make its victory a hollow one, and is viewed by Piskunov as the most important outcome of the case.

The documents acquired by Piskunov, he said, indicate that the accident was quite serious and had a correlating negative impact on the health of the local population. One document an Act of the inner commission of the NIIAR and its 16 attachmentswas finally admitted into evidence and demonstrates data relative to the radiation situation in Dimitrovgrad surrounding areas before and after the radiation release.

In particular, one of the documents produced by NIIAR soon after the release confirms that the impact of releases from NIIAR was detected in probes taken in the territory of the Mullovka settlement and near the NIIAR building 239.

From our own sources we knew that before the release of summer 1997, radioactive iodine-131 wasnt registered in Dimitrovgrad or in Mullovka, and in the end of July and beginning of August, 1997, it appeared and increased almost 10 times, Piskunov said.

The representatives of the NIIAR first tried to refute these data, but then these documents recently received, proved that we were right.

The same 1997 Gosatomnadzor Act said of the MIR-M1 reactor facility that there are no devices for workers personal protection from iodine, The same held true for handheld devices for the monitoring of irradiated gas aerosol mixtures, according to Gosatomnadzor, meaning workers may have been irradiated above acceptable norms.

We are going to publish the facts from the documents acquired from NIIAR, said Piskunov.

We think, the people living in our region will understand for themselves, who is right.

The NIIAR information policy is functioning according to the principle: Its wrong to give information in doses, but its also inadmissible to worry people about every sneeze, she said.

According to the law On the state secrets, information about the conditions of environment qn on emergency situations threatening safety and health of citizens, can not be classified. But, as Piskunov says, NIIAR has an unwritten ban to transfer such information to people and organizations.

Claming up or telling the truththe origins of nuclear panic
According to Piskunov, NIIARs information policy practice is tonot to say anything about radioactive discharges in order to avoid panic.

But in fact, it is precisely the lack of information about situations at nuclear plants that causes the panic. A case in point is the February panic surrounding a leaking cooling pipe at the Balakovo Nuclear Power Plant that triggered an emergency shutdown of the effected reactor. For 24 hours, rumours circulated that a radioactive leak had occurred and panic spread among southern regions in Russia. Official comment on the state of the plant emerged a full day following.

During the NIIAR radiation release in 1997, which continued for 23 days, NIIAR officially claimed that iodine concentrations in the air above the institutes territory, Dimitrovgrad, and the nearby settlements is significantly lower than the allowable limits.

The local department of the Citizens Defense and Emergency Situation ministry received the following information from NIIAR: On July 28-29, the values of releases of rare gases do not exceed the allowed limits, the values of the daily releases of iodine-131 are 60-70 milliCuries.

But, as Mikhail Piskunov points out, 60 to 70 milliCuries per day dramatically exceeds the norms for NIIAR of iodine releases, which are usually 3.3 milliCurie daily.

According to independent calculations made by Piskunov, on July 31st 1997, 64 milliCuries of iodine-131 were discharged into the air, exceeding the daily norm by more than 30 times.

The calculations show that this amount of the release corresponds to the annual limit of the absorption for 169,142 people through respiration or for 422 857 through the food, according to the Norms of radiation safety adopted in 1999, Piskunov said.

Piskunovs attacks at NIIAR have a long history. And his ability to distort any information in this way is well known to us, NIIARs Usoltsev told Bellona Web.

But NIIARs information chief Pavlova put a more positive spin on Piskunovs observations on the facility.

On the other hand, Piskunovs articles make us always vigilant. After his hysterics we do check everything 20 times, she said. She added though that, in her opinion, all the Piskunovs publications are made to order and paid for by Western organizations, though she could offer no proof of this.

In Dimitrovgrad, there are four publicly visible monitors showing current levels of background radiation. NIIAR has also installed an automatic system to control the radioactive functions in Dimitrovgrad and information can be broadcast via the internet. But so far, such installations are available only within the institute.

Inspections in NIIAR
NIIAR press-service told Bellona Web that inspections at the institute are carried out regularly, as scheduled by Russias nuclear regulatory agency, which also has the authority to undertake non-scheduled inspections with a right to full access.

In September 1997, soon after the release, specialists at the Central region of Gosatomnadzor examined the site of the event. But during this inspection, NIIAR refused to present inspection documents on the MIR.M1 reactor. This fact is mentioned in the Act drafted by the inspection team, which was quoted by Piskunov in the court.

According Pavlova, apart from Gosatomnadzor, there are Sanitary Epidemiological Oversight inspections, which, in particular, focus on the levels of water pollution. There are also fire prevention inspections.

Speaking about non-governmental organizations, NIIAR does not forbid checks by their specialists, provided they have appropriate licenses, Pavlova said.

According to Mikhail Piskunov, radioactive releases from NIIAR are an on-going process. In 1996, 4.5 tonnes of a radioactive gas-vapour mixture were released from the facilitys VK-50 reactor into the atmosphere. During another earlier accident, a release of about 15 tons was recorded.

The last unscheduled shut down of the reactors at NIIAR happened on March, 27 2005 when the overhead transmission line tripped an operational halt affected by the safety systems in the
VK-50, BOR-60, SM-3 and MIR-M1 reactors.

In 2002, Piskunovs organization lost a case against NIIAR, in which the NGO tried to prevent the institute from dumping radioactive waste into underground water tables. The court was not swayed, even by the position of the Ulyanovsk environmental prosecutor, who supported the suit of Piskunovs NGO.

In 2003, Piskunovs Centre for Citizens Initiatives Assistance claimed that specific activity of the industrial caesium-137, found in the probes of silt at the NIIAR sewage facility, exceeded the upper limits of global discharges by 70 times.

A recent check, carried out by the Gosatomnadzors successor, FSETAN and completed in April 2005, found one violation of NIIARs license, and 40 violations of the laws, federal norms and regulations in the field of the nuclear energy use.