On a visit to Ukraine’s Rivne nuclear plant, President Volodomyr Zelensky issue full throated support for the development of his country’s nuclear industry, despite opposition from other countries and a fleet of elderly Soviet-era reactors that are reaching retirement age, Interfax reported.

Published on October 7, 2020 by Charles Digges 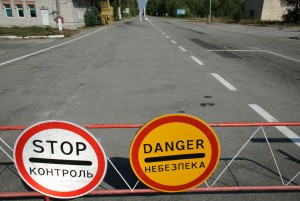 On a visit to Ukraine’s Rivne nuclear plant, President Volodomyr Zelensky issue full throated support for the development of his country’s nuclear industry, despite opposition from other countries and a fleet of elderly Soviet-era reactors that are reaching retirement age, Interfax reported.

His remarks came on October 1 and highlight his recent decree that orders the government to submit bills concerning the country’s nuclear power sector for parliamentary debate. Ukraine’s 15 reactors – all of which were built while the country was still a republic of the Soviet Union – supply more than half of the domestic electricity supply.

“We have a strategy for the development of nuclear energy and the completion of nuclear power plants in Ukraine,” the Zelensky said, addressing the possibility of completing two reactors at the country’s Khmelnitsky nuclear plant. The construction of those reactors, which are Russian-designed VVER-1000 units, began in the 1980s but was shelved in 1990.

He also dismissed opposition to nuclear development on grounds of safety, saying: “We understand that if professionals are doing the construction, if the state is working on the safety of nuclear power plants, then there is no threat either to the environment or the climate. It’s a safe form of electricity.”

Pushing back against a host of European countries that have begun to back away from nuclear power, Zelensky said Ukraine would instead embrace it as a national priority.

“In the coming years, many countries will work against nuclear power generation,” he said. “We, on the other hand, will defend it. We must do this because today we have every opportunity to be among the first [in nuclear energy], both in Europe and in the world.”

Zelensky’s remarks come as work to fully clean up the site of the 1986 Chernobyl disaster is still ongoing. Since 2015, an enormous steel dome, called the New Safe Confinement, has enclosed the plant’s exploded  No 4 reactor, trapping radiation and facilitating risky dismantlement efforts. But most experts say it will take another 20,000 years before the area immediately surrounding the plant – called the exclusion zone from which more than 100,000 people were evacuated – will again be fit for human habitation.

When the Soviet Union collapsed in 1991, Ukraine inherited not only the embers of Chernobyl, but also four other nuclear power plants: The Rivne plant in the country’s northwest; the Khmelnitsky plant, to Rivne’s south; The South Ukraine plant, near the Black Sea, and the Zaporizhia plant, whose six VVER-1000 reactors make it the largest nuclear power plant in Europe.

To continue to produce some 52 percent of the country’s energy, it is presumed that all of these reactors will eventually be granted extensions on their runtimes of several decades.

One study by Ukrainian experts, cited in Bellona’s report, shows that Ukraine’s older reactors are becoming more prone to accidents and malfunctions. It is hoped that safety upgrades that would precede the granting of lifetime would eliminate such technical glitches.

But the Bellona study highlighted that two reactors at the Rivne plant – the one Zelensky visited – had been given lifetime extensions without any safety upgrades at all.

The longer Ukraine’s reactors operate, the more they will contribute to the country’s supply of radioactive waste, which is currently the second largest in Europe. This problem has only gotten more serious since 2018, when Russia began returning to Ukraine the spent nuclear fuel and radioactive waste Moscow had been accepting and reprocessing after the Soviet Union dissolved.

The problem of Ukraine’s overabundant radioactive waste would seem less critical if the country were taking steps to build a long-term repository, such as finding a suitable location for one – or indeed even had plans to do so. But as the Bellona report reveals, the bureaucracies in Kiev that are responsible for such questions are inefficient, if not, in some instance, entirely lacking, and in any case have little in the way of public faith in their competent operation.

Prospects are slightly brighter when it comes to dealing with spent fuel from Ukraine’s nuclear reactors. Ukrainian nuclear Officials know how much there is and they intend to build a centralized facility to store it. But as is the case in other parts of the industry, Kiev has little hope of building it without significant funding from other countries.

While it’s unclear if Zelensky’s new embrace of nuclear energy has taken full account of the issues facing his aging reactors, it is hoped that any continued reliance on Ukraine’s Soviet inheritance will do so.