The adventures of depleted uranium hexafluoride in Russia

The renewed import of nuclear materials from Europe to Russia has raised important questions for environmentalists: Is the substance radioactive waste, or a useful resource?

The renewed import of nuclear materials from Europe to Russia has raised important questions for environmentalists: Is the substance radioactive waste, or a useful resource?

Last spring, it was revealed that the German nuclear fuel company Urenco had signed a contract with Tenex, a subsidiary of Russia’s state nuclear corporation Rosatom, to resume imports of depleted uranium hexafluoride, or DUHF, to Russia.

But the public was not informed of this development until environmental groups revealed it to the media, resulting in headlines about Russia receiving European nuclear waste.

What is depleted uranium hexafluoride?

DUHF is a byproduct of enriching natural uranium using the uranium 235 isotope. Through manipulation we get an enriched uranium product used for the manufacture of nuclear fuel for nuclear reactors and a byproduct – DUHF, which is often known as uranium tails.

DUHF is of a class of nuclear materials that are capable of reproducing fissile nuclear substances and it is subject to state accounting and federal control.

DUHF differs from natural uranium hexafluoride by its isotopic composition and by the fact that its content of the uranium 235 isotope is several times lower.

So…can you eat a spoonful of the stuff?

Uranium hexafluoride is a chemically toxic and very caustic substance that causes severe poisoning and corrodes organic matter with chemical burns, according to Russian federal standards on harmful substances, which assign the chemical compound a class I hazard level.

It has to be handled in accordance with industrial safety, storage and transportation measures.

So what does Russia need it for?

DUHF is a nuclear material. Russia can create raw materials with it by use of modern gas centrifuge technologies. It also is priced competitively against world costs for natural uranium and is used in producing nuclear fuel.

A reprocessing point for uranium hexafluoride.

How much DUHF is there in the world and how is it stored?

Since the beginning of the nuclear industry’s development, more than 2 million tons of DUHF have accumulated throughout the world, including 1 million in Russia.

When 1,000 tons of natural uranium is enriched, it yields about 150 tons of enriched uranium product and about 850 tons of DUHF. Yearly, this adds some 40,000 to 60,000 tons of DUHF to what’s already been accumulated.

The overwhelming majority of this is stored in special sealed steel containers positioned in the open areas of separation plants.

Independent revelations about large volumes of DUHF coming into Russia and the ensuing Bellona-led discussion within the public council of Rosatom, have prompted the company to develop a program for the safe handling of the substance, which aims to eliminate DUHF reserves by 2057.

By processing the remainder of re-enriched DUHF, we obtain chemically safe depleted uranium oxide and hydrogen fluoride, which can be used in industry.

The use of additional fluorine will reduce the environmental burden associated with the production of hydrogen fluoride in Russia.

None of these cases imply the long-term storage of waste. 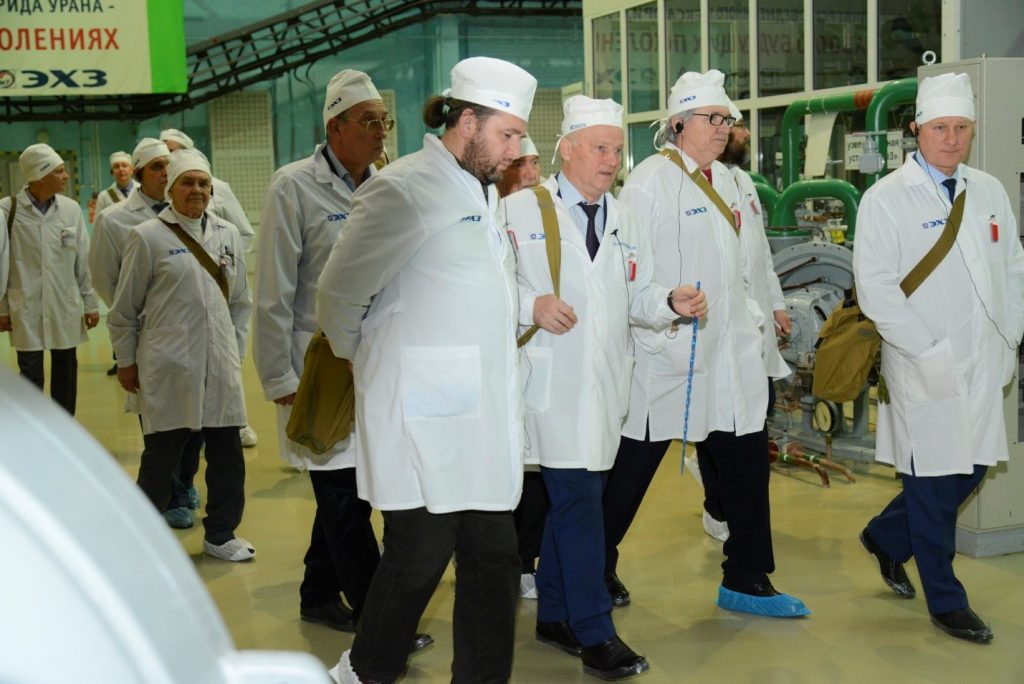 Have there ever been problems transporting DUHF?

Transporting DUHF from Western Europe to Russia is carried out by sea to the port of St Petersburg or to nearby Ust-Luga. From there it is taken by train to various processing and storage sites.

In contrast to transporting oil, gas, pesticides and other dangerous goods, there has not been during the entire 60-year history of shipping DUHF to Russia a single incident when it is carried by road or rail.

Is that really the case? Have there never been any accidents?

The worldwide history of shipping DUHF is about 70 years – so ten year more than Russia – there has been only one accident. On August 25, 1984, a cargo ship called the Mont Louis, which was carrying 350 tons of uranium hexafluoride, struck a ferry in the North Sea and sank.

Thirty containers were recovered from the sunken ship. While in the vessel’s open hold during the storm, many of the containers were damaged. Container walls were dented, covers were torn off, and several container valves were bent.

After the containers were recovered and delivered to port, they were subjected to hundreds of tests and analyses, and put through 146 radiation measurements – none of which revealed even the slightest trace of radioactive leakage or the escape of any chemical substances. 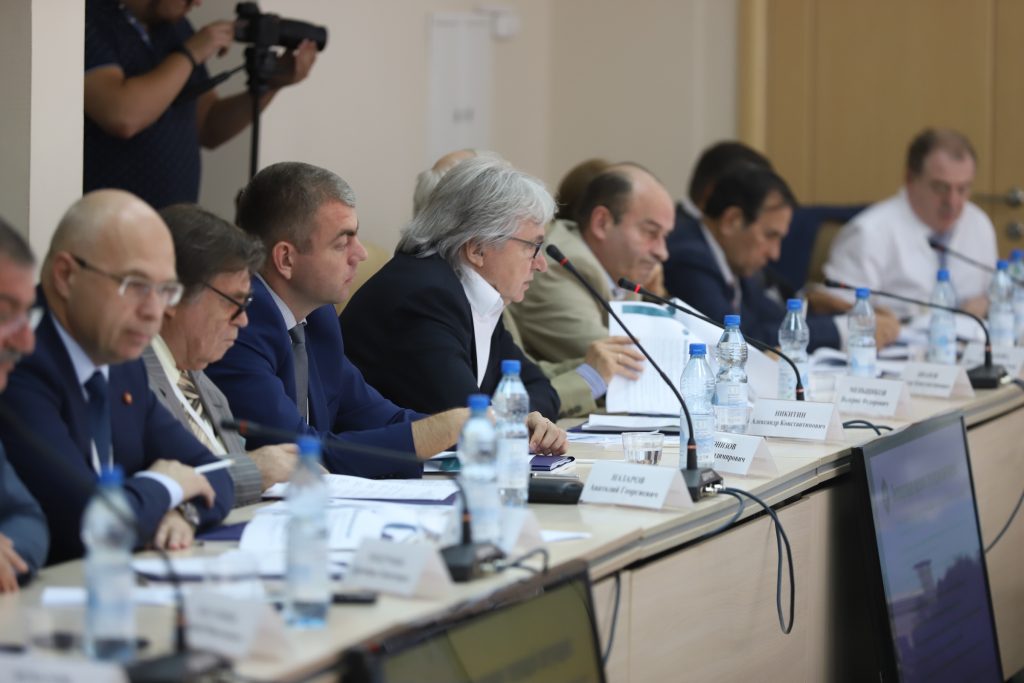 Bellona's Alexander Nikitin at a meeting of the Rosatom Public Council discussing imports of depleted uranium.

Is DUHF radioactive waste or a useful resource?

When discussing the status of DUHF, it’s worth noting that experts with the International Atomic Energy Agency do not find the substance to be radioactive waste and, instead, consider it a useful energy resource, being as it is a source of uranium and fluorine.

Significant portions of Russian and foreign DUHF contains amounts of Uranium 235, making it economical to reuse it as a feedstock for nuclear fuel production. Still, how economical it is to re-enrich DUHF should be determined by the pricing of uranium on the world market and by figuring additional costs to extract uranium 235 from the substance.It’s worth recalling that Russia’s federal law – entitled “On the use of atomic energy” – radioactive waste is defined as “materials and substances that are not subject to further use, as well as equipment, products (including spent sources of ionizing radiation), and items containing radionuclides exceeding levels established in accordance with criteria established by the government of the Russian Federation (clause 8, article 3).

“DUHF has been imported and is being imported, and will be imported further,” says Alexander Nikitin, general director of the Environmental Rights Center Bellona. “Our task is to ensure the legality and safety of the process. We will continue our work on this.”