A milestone process to remove damaged spent nuclear fuel at a former Arctic submarine base will commence next year, officials have said, as part of an ongoing process to rid Russia’s Northwest of its radioactive Cold War legacy.

Published on August 11, 2020 by Anna Kireeva, translated by Charles Digges

A milestone process to remove damaged spent nuclear fuel at a former Arctic submarine base will commence next year, officials have said, as part of an ongoing process to rid Russia’s Northwest of its radioactive Cold War legacy.

The base, called Andreyeva Bay, in Russia’s Murmansk Region, has been the subject of an international nuclear cleanup operation that picked up steam 2017. In the years before, Bellona played an instrumental role in guiding the efforts of European governments toward addressing the dangers the site poses to the environment of Northwest Russia and neighboring Scandinavia.

Those dangers are considerable. Beginning in the early 1960s and continuing for the next quarter of a century, Andreyeva Bay served as a submarine refueling point for the once-feared Soviet Northern Nuclear Fleet. During the time of its operation, the site accrued 22,000 spent nuclear fuel assemblies, many of them badly damaged. When authorities finally closed it in 1992, they failed to put a plan in place to handle the contamination that was, by then, emerging.

The situation was dire. In 1982, the site’s now notorious Building No 5 bean to leak, threatening to dump a toxic stew of plutonium, uranium and other fission products into Litsa Fjord, only 50 kilometers from the Norwegian border on the Barents Sea. 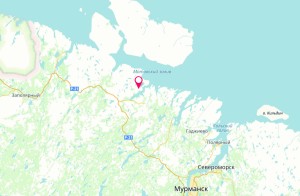 A map of where Andreyeva Bay is located. (Graphic: Bellona)

Technicians at the base rushed much of that nuclear fuel into temporary containment structures at the site and cemented them in – an arrangement that over time became permanent.

Still other fuel at Andreyeva Bay was stored out in the open, unshielded from the harsh arctic elements. The conditions of neglect led many experts to fear that the radioactive morgue might spark an uncontrolled chain reaction and explode.

The cleanup, which is funded in part by the European Bank of Reconstruction and Development, is overseen by Russia’s Northwest Center for Radioactive Waste Management, or SevRao. For the past three years, SevRAO has been sending parcels of spent nuclear fuel to Atomflot, the Murmansk-based nuclear icebreaker port, on a ship specially designed for the purpose. From there, it is loaded onto trains and sent to Mayak, the nuclear fuel reprocessing site in the southern Urals.

Valery Eremenko of SevRAO says that the international agreements governing the cleanup operation require that cleanup workers send three trainloads of fuel per year to Mayak. Last year, they managed four, thanks to a financial boost from the northerly Norwegian regions of Tromsø and Finnmark. 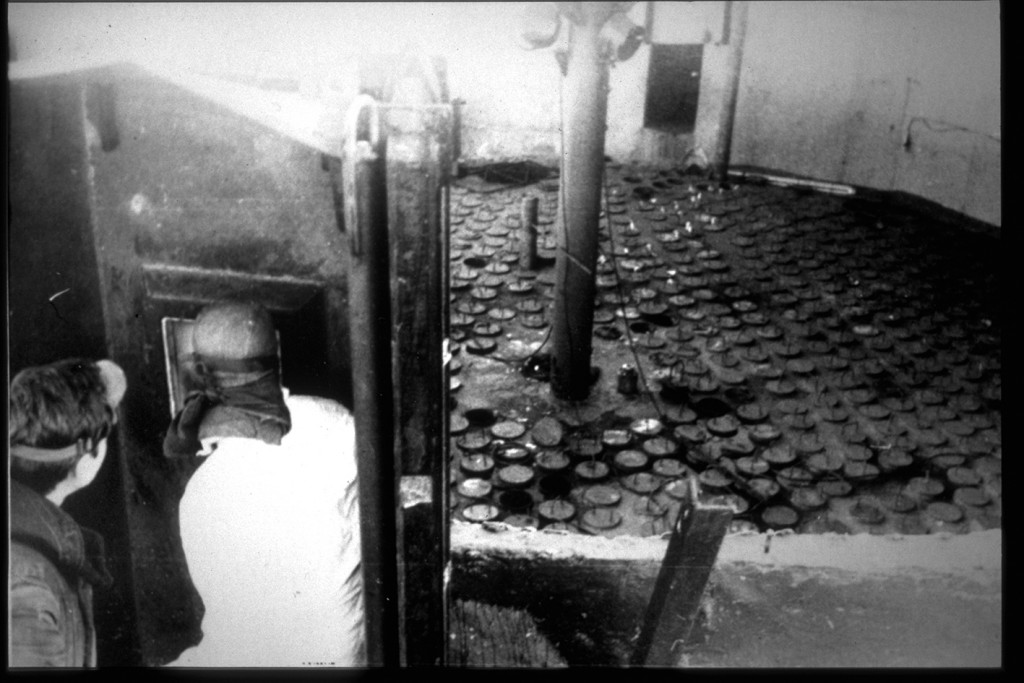 In 2020, Eremenko expected to send three trainloads of spent nuclear fuel south, two of which have already departed. The fuel itself is packaged in casks called TUK containers, each of which holds several assemblies. Each train carries 14 casks.

Some of the fuel, however, is difficult to load into casks because it is damaged. Of all 22,000 assemblies, says Eremenko, some 8,000 of them are defective and have mechanical flaws and distortions.  Special technology is required to handle these assemblies.

“We currently have the necessary technology and equipment to work with the defective assemblies,” says Eremenko. “They’re waiting in the wings and we’ll start working with them directly next year.”

Beginning in the 1960s, a wet storage facility – known now as the notorious Building No 5 – was built at Andreyeva Bay to house spent nuclear fuel assemblies. The interior of the building was divided up into rectangular pools lined with thin layers of steel. Spent nuclear fuel was then packed into cassettes, which could hold from 5 to 7 assemblies each, and these cassettes were then submerged in the pools on special brackets. A protective 4-meter layer of water protected personnel from radiation.

In 1982, Building No 5 suffered cracks and radioactive water began spilling from the structure. To prevent widespread radiation contamination, Andreyeva Bay personnel rushed the fuel from the draining pools to temporary storage in other facilities at the base. Over the years, however these precarious facilities – known as 2A, 2B and 3A – became permanent. During the hasty move from Building No 5, fragments of spent fuel broke off the assemblies, and settled at the bottom of the storage pools.

Cleanup workers finally succeeded in removing those fragments last November with the help of robotic arms. They were in turn loaded into TUK containers and are waiting to be sent to Mayak.

In 2022 or 2023, SevRAO will start work on spent fuel containers that, until 2011, had been stored in the open air, exposed to the elements. These 19 containers are now in a shelter that was built alongside Building No 5, Eremenko says.

The government contracts financing the cleanup envision that all spent fuel and radioactive waste at Andreyeva Bay will be removed by 2025 or 2026.

“The work is proceeding on schedule,” says Eremenko. “We will safely and stably remove the spent nuclear fuel from tanks [at 2A and 2B] by 2024.”

The Andreyeva Bay cleanup has been a long time in the coming. Bellona and the Norwegian government spearheaded efforts to draw funders to the problem as far back as 1995. The EBRD took up the gauntlet, assembling multi-million dollar donations from Sweden, Finland, Belgium, France, Canada, Germany, the Netherlands, Norway, Italy and the United Kingdom.

“Bellona Murmansk has always attached great importance to efforts to improve nuclear and radiation safety on the Kola Peninsula,” says Andrei Zolotkov, head of Bellona’s offices in Murmansk.  “When I saw with my own eyes the state of Andreeva Bay in 1990, and then more than 25 years later, one can undoubtedly talk about progress. I couldn’t even imagine that things would go at such a good pace. And, of course, one cannot discount the international financial and technical support in the implementation of projects not only in Andreeva Bay, but also in Sayda Bay, Gremikha and the Lepse project.”

He added: “There is a hope that, despite various political collisions in the modern world, officials in  Murmansk, SevRAO and Rosatom will continue international cooperation, because there is another goal ahead – the lifting of sunken and dumped nuclear hazards in the Arctic Ocean.”