Shortly before Christmas, Murmansk’s Public Council for the Safe Use of Atomic Energy convened a meeting aboard the Akademik Lomonosov, Russia’s controversial floating nuclear power plant.

Shortly before Christmas, Murmansk’s Public Council for the Safe Use of Atomic Energy convened a meeting aboard the Akademik Lomonosov, Russia’s controversial floating nuclear power plant.

Unsurprisingly, the meeting drew most members of the council – its secretary, Sergei Zhavoronkin, counted only one missing. The huge turnout was attributable, no doubt, to the venue, which is currently moored at Atomflot, the Murmansk-based nuclear icebreaker port here in Murmansk. The local press turned out as well, of course. When would such a unique opportunity to visit Russia’s floating nuclear plant, to take its picture and quiz its experts, arise again?

Passing through Atomflot’s checkpoint was, surprisingly, quick. The members of the public council and the attendant journalists were then herded onto a bus, which headed north along the Atomflot campus to its far pier, where the floating nuclear plant is moored.

At the Akademik Lomonosov’s gangplank, we were met by Alexander Kovalyov, the floating plant’s chief builder, who, after a short introduction, guided us to the plant’s engine room. It was here that he addressed an error that has been crackling through local media since early December.

In the days leading up to the tour, a misprint in a press release from Rosenergoatom, Russia’s nuclear reactor utility, reported the unnerving notion that the Akademik Lomonosov’s reactors would be tested at “110 percent” of their capacity while it remains moored here in Murmansk. The reactors themselves were only recently launched and brought up to 10 percent of their capacity. The proliferation of headlines reporting that technicians would push the throttles to 110 percent capacity – farther than any Russian reactor has ever gone – were jarring, to say the least.

But the details of how this error was corrected deserve some explanation, as it took some time to establish that the misprint was, in fact, a misprint. Had the Public Council and the press not been invited for the pre-Christmas tour of the plant, it’s unclear how long the error would have been allowed to stand in the public record. 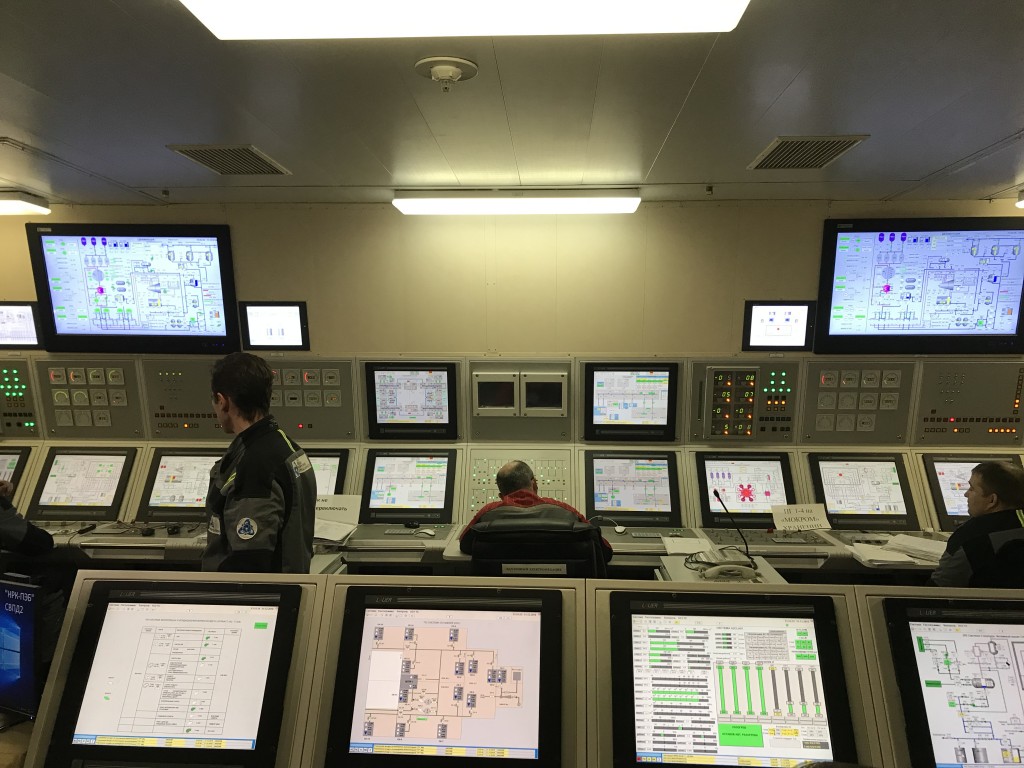 “The reactor launches [aboard the Akademik Lomonosov] are a victory for all of Rosatom,” Russia’s state nuclear monopoly. “This is an extremely important stage, which was carried out in the framework of many important tests, and essentially represents a testing of all equipment. These tests are carried out sequentially and in numerous stages. The first stage reaches a power level of one to 10 percent of the reactors’ rated power. The final stage is performed at 110 percent. At each stage, we carry out developing methods of using equipment, of using automatic controls and security systems, and, most importantly, we develop safety procedures.”

The release was signed by Pavel Ipatov, Rosenergoatom’s deputy general director and director for special projects and initiatives.

The press release appeared plain weird from the start. But how do you get a bureaucracy like Rosnergoatom to admit its mistake and clarify things? You could write letters to them for months, as we often have, and not get an answer.

Instead, we at Bellona’s Murmansk office turned to Twitter and used it to send a few questions to Ipatov about Rosenergoatom’s gaff. Here is what we asked: 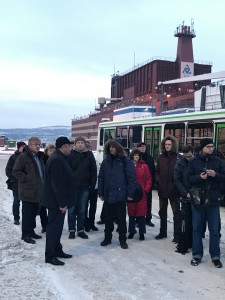 Murmansk’s Public Council for the Safe Use of Atomic Energy at the Akademik Lomonosov in December. Credit: Andrei Zolotkov/Bellona

– As to your mention of testing the reactors at 110 percent – is this a mistake, or will it actually do it?;

– It’s a fact of law that any Russian nuclear power plant intending to increase reactor power by anywhere from 4 to 7 percent has to go through a special long-term project that involves public participation and an environmental impact study. The notion that the reactors on the Akademik Lomonosov would be tested at 110 percent looks strange, especially since no reactor in Russia has ever boosted its power by as much as 10 percent over nominal levels;

– From my time working at Atomflot, I recall there were certain restrictions on the capacity of nuclear icebreaker reactors when they were operating within Kola Bay. If memory serves, that figure was about 40 percent. Does this mean, then, that these rules don’t apply to the Akademik Lomonosov, whose KLT 40 reactors are similar to those aboard nuclear icebreakers?

– Do you have a permit to test a reactor at 110 percent capacity within the Murmansk city limits, as Atomflot was recently included within the city’s municipal territory? If so, please provide them.

Strangely enough, we got a response to our Tweets from Rosenergatom, but it was the usual bureaucratic suggestion that we “send a written inquiry.” As it turned out, we didn’t have to do that. Apparently the technicians working aboard the Akademik Lomonosov were informed of the annoying error in the press release, and on the day of our visit, they endeavored to correct the record, which is precisely what Kovalyov did as soon as our delegation arrived. What remains unknown, however, is whether the press release itself will ever be corrected, or whether readers will continue to see the text announcing Rosenergoatom’s intentions to test the reactors at 110 percent.