The pace of cleanup at a major Cold War dump for spent nuclear submarine fuel in Northwest Russia is going faster than planned, officials with Russia’s state nuclear corporation Rosatom have said, with efforts racing ahead twice as rapidly as initially thought possible.

The pace of cleanup at a major Cold War dump for spent nuclear submarine fuel in Northwest Russia is going faster than planned, officials with Russia’s state nuclear corporation Rosatom have said, with efforts racing ahead twice as rapidly as initially thought possible.

Still, Rosatom has elected not to revise its deadline for removing decades of piled up nuclear fuel assemblies at Andreyeva Bay, a Soviet era submarine maintenance base, whose proximity to Europe made it a lighting rod for international environmental concern.

On Thursday, Anatoly Grigoryev, who heads up Rostom’s international technical programs, told the Interfax newswire that technicians had shipped away a load of fuel that was expected to take a year to remove in only six months.

He added that another load of fuel was ready to leave Andreyeva Bay, but that its removal was only prevented by Russia’s hosting of the World Cup, during which the government has suspended the shipment by rail of radioactive cargoes and other toxic trash. 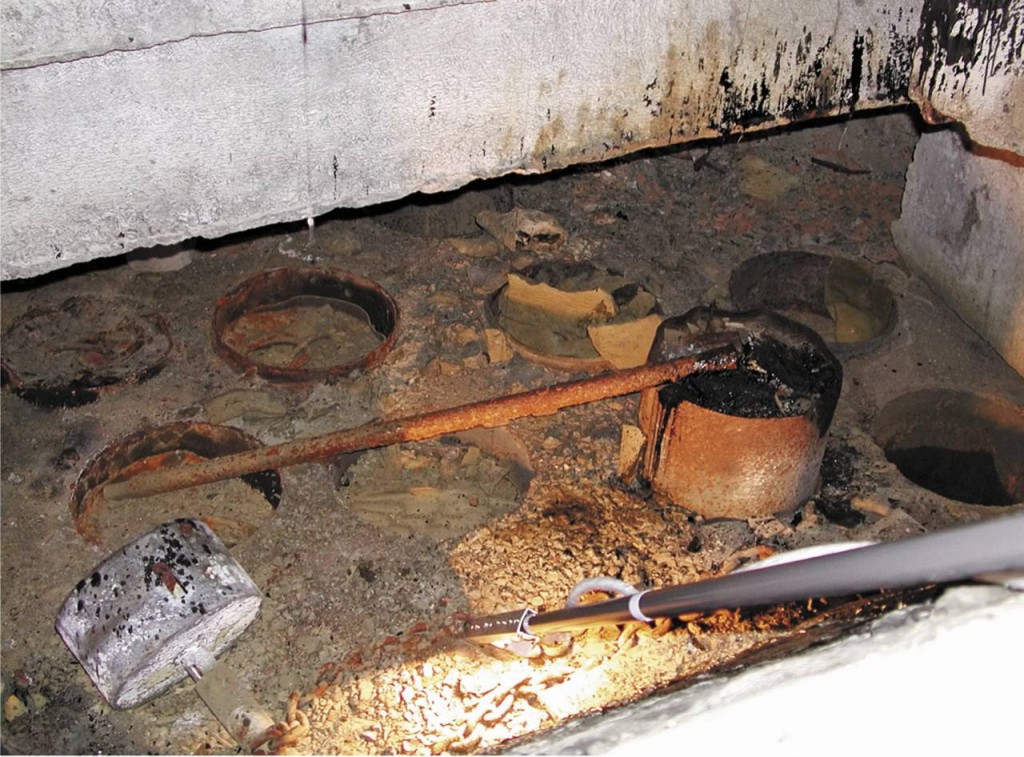 But he said that Rosatom had elected not to rewrite the schedule of completely removing all old nuclear fuel from the site by 2028 because there’s currently a shortage of reinforced steel containers in which to ship the radioactive cast offs for storage and reprocessing in the Ural Mountains.

Still, for many environmentalists, the process can’t go fast enough.

In 1961, Andreyeva Bay became a dumping ground for the radioactive innards of Moscow’s fearsome northern nuclear submarine fleet. For the next quarter century, the site amassed some 22,000 spent nuclear fuel assemblies, many of them damaged. It was eventually closed for by the Russian Navy without any thought on how to handle the contamination that was sure to emerge.

In 1982, it did. A spent nuclear storage facility at Andreyeva Bay, now notoriously known as Building No. 5 – started leaking and threatened to dump a stew of plutonium, uranium and other fission products into Litsa Fjord, only 50 kilometers from the Norwegian border, fouling the Barents Sea.

The base’s technicians rushed the nuclear fuel, much of it damaged, into temporary containment, stuffing three buildings at the site full of fuel assemblies and cementing them in. Over time, the slap-dash effort became permanent. Still other fuel was stored out in the open, unshielded from the harsh arctic elements. The conditions of neglect led many experts to fear that the radioactive morgue might spark an uncontrolled chain reaction and explode.

This slow-motion nuclear disaster continued to unfold in near secrecy until Bellona brought it to international attention in 1996, when it published a groundbreaking report on Northwest Russia’s nuclear woes.

Moscow didn’t take kindly to the limelight, and for five years after the report’s publication, Bellona battled treason charges leveled by Moscow against one of its own, Alexander Nikitin – who was finally acquitted in 2000.

But Bellona continued to campaign for the cleanup, and drew together the resources of the Norwegian government and a dozen other countries besides, and last year, the first of some 3,000 loads of aging nuclear submarine fuel began leaving Andreyeva Bay, first by sea and then by rail to more controlled storage at the Mayak Chemical Combine near Chelyabinsk.

Rosatom’s Grigoryev said last week he was surprised the process was going so well.
“We didn’t think it would go so quickly,” he told Interfax. Still, he cautioned that the cleanup would likely not continue at such a tempo.

At the site, there remain other difficulties as well, such as extracting damaged spent nuclear fuel rods from Building No. 5 – procedures that will demand robotic technology that is still under development.