If every dog has its day, then for the dogs living in the shadow of Chernobyl’s exploded No. 4 reactor, that day has finally come. 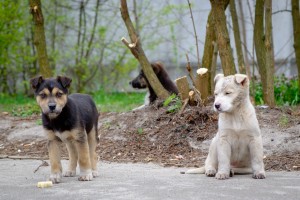 If every dog has its day, then for the dogs living in the shadow of Chernobyl’s exploded No. 4 reactor, that day has finally come.

Officials with the Ukrainian government have announced that about 200 dogs from the notorious Chernobyl Exclusion Zone are being put up for adoption in the United States, with the first 12 departing in early June.

The dogs are descendants of pets abandoned after the Chernobyl reactor melted down in April of 1986, thousands of which went on to fend for themselves in the irradiated 2,600 square kilometer wasteland left in the wake of the disaster, from which their human owners were evacuated.

As first reported by the news outlet Meduza, the rescued dogs are being monitored in the nearby city of Slavutych for 45 days before being sent to the US. Officials say the pups will be monitored by vets for radiation poisoning and any other abnormalities that may be present.

Animals, in the absence of humans, have come to flourish in the Chernobyl evacuation zone. Ukraine’s National Academy of Sciences says the disaster site, despite the radiation dangers, has become a sort of refuge for moose, deer, beaver, bears and wolves. 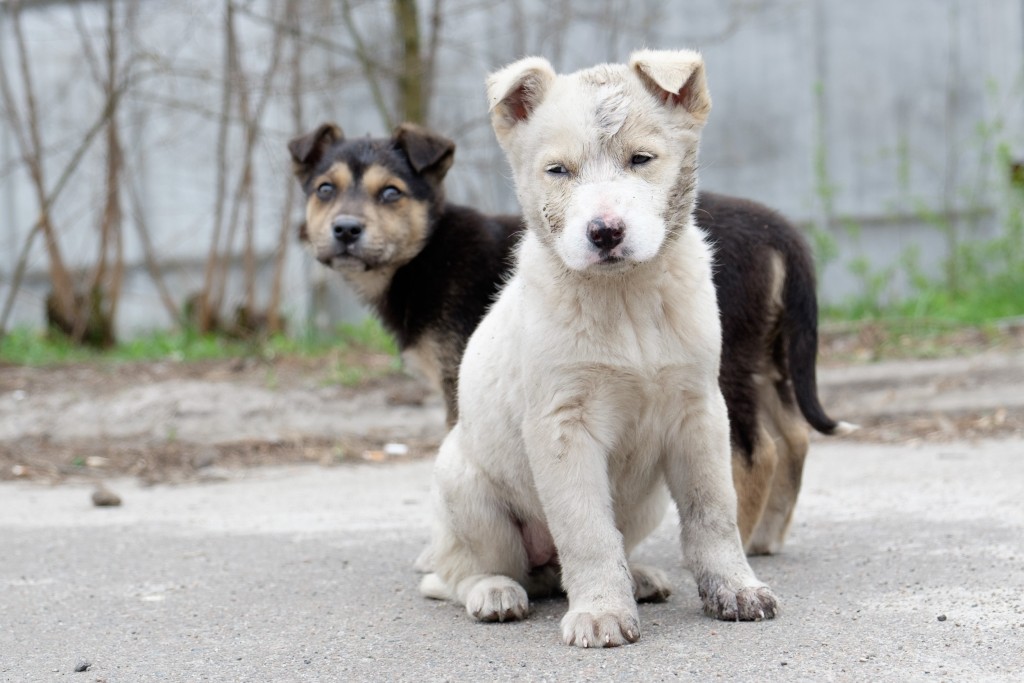 The dogs, too, have held on, but it has certainly been a dog’s life. Some carry heightened levels of radiation, and have shorter a life expectancy. Many don’t live beyond six years. Yet for many of them, things just got a whole lot easier.

“We have rescued the first puppies, they are now in our adoption shelter going through the quarantine and decontamination process,” Lucas Hixson, co-founder of the US-based Clean Futures Fund, told US media earlier this month. “The goal is 200 dogs, but will likely be more in the long run. My hope is to get 200 dogs rescued and adopted in the next 18 months and then go from there.”

The legacy of the Chernobyl dogs is heartbreaking. When some 120,000 people were evacuated in the wake of the nuclear disaster, they were forced to leave their pets behind. Chernobyl Prayer, a wrenching oral history of the time, tells of “dogs howling, trying to get on the buses. Mongrels, alsatians. The soldiers were pushing them out again, kicking them. They ran after the buses for ages.”

Heartbroken families pinned notes to their doors: “Don’t kill our Zhulka. She’s a good dog.” There was no mercy. The army sent in extermination squads to shoot the animals. But those who survived the soldiers and the radiation rebuilt their communities as packs and  now their ancestors populate the zone.

The Clean Futures fund says that the some 250 dogs living around the destroyed nuclear power plant were likely driven out of the surrounding forests by the burgeoning population of wolves, as well as by lack of food.

Another 225 does roam Chernobyl City itself, and yet others live and scrounge at security checkpoints and throughout the abandoned communities of the Exclusions Zone. Most of the dogs, says the fund, are under the age of 4 or 5, and cleanup workers often look after them, feeding the and tending to them when they are ill.

At the beginning of June, the Clean Future Fund, with partners veterinarians from the University of South Carolina will look the dogs over for signed of radiation poisoning and genetic damage before they depart for greener shores. The team will also issue vaccinations against rabies, parvovirus, distemper and hepatitis. They are also neutering the dogs.

There’s no word yet on exactly where the dogs will be settled when they arrive in the United States, or whether potential owners will be told that their new pets immigrated from the world’s most notorious disaster site. But the adoption program, from the canine point of view, is sure to receive glowing reviews.