In the history of nuclear disasters, it’s easy to forget that a radioactive explosion back in 1957 near an obscure village with an unpronounceable name in the Ural Mountains was the true original.

Published on October 2, 2017 by Charles Digges 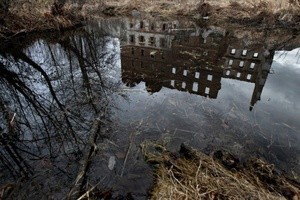 In the history of nuclear disasters, it’s easy to forget that a radioactive explosion back in 1957 near an obscure village with an unpronounceable name in the Ural Mountains was the true original.

And while engineering heroics have finally been brought to bear on the smoldering sarcophagus at Chernobyl, and robots troll the wreckage of Fukushima, this catastrophe by many accounts continues to churn radioactivity into the environment and to sicken a hostage population.

None of us were ever supposed to know anything about it, and if not for a series of untimely revelations, we probably still wouldn’t.

It’s called the Kyshtym disaster and before the mid 1980s the town’s official location wasn’t even designated on a map. Only the diseased winds blowing north in the aftermath gave any indication it was there.

In the early morning hours of September 29, 60 years ago, a tank containing nuclear weapons waste exploded on the grounds of the Mayak Chemical Combine, Russia’s primary spent nuclear fuel reprocessing center, which is still in operation.

The fallout coated more than 200 towns and villages and exposed 272,000 people, a small portion of which were quietly evacuated over the subsequent two years, to radiation.

Government data now indicate that, as many as 400,000 people continue to struggle with continued contamination from the accident, made worse by a legacy inadequate waste handling practices and ongoing official negligence.

In the time since, the people who live near Mayak “have become a sort of radioactive waste,” said Nadezhda Kutepova, a long-time lawyer for residents of the area, in comments to Greenpeace.

Like its two younger brothers, the Kyshtym explosion was born in secrecy and nurtured by naiveté. Moscow suppressed the details of the accident for nearly three decades. The first peep of it came in 1976, when a dissident scientist named Zhores Medvedev was the first to publish his suspicions that the government wasn’t telling the whole story. The reception was not kind. He was kicked out of the country.

Later, the circumstances by which an official version of the accident emerged were almost accidental. The Soviet government included details about it in a report on Chernobyl that it submitted to the United Nations in 1986 – finally blowing its cover.

Moscow’s accounting of the disaster has by now taken on a shopworn ring: A failed cooling system and an uncontrolled reaction within a stew of uranium and plutonium caused it all to overheat and explode; assertions that scientists plodding through the dim pre-history of the atomic age should be forgiven for not knowing any better.

Even the Kyshtym cleanup was sold to terrified locals with euphemism and misdirection. A post-war population of mostly women and children were given rags and mops – and no protective gear – to sop up what they were told was the mess from a coal boiler explosion in the village of Kyshtym. The actual accident happened a few kilometers down the road in the closed city of Ozersk.

The Soviet fake news name stuck. But what it has come to connote in the years since has only grown in danger and magnitude. For decades after Mayak was founded to produce plutonium for Soviet atomic bombs, it dumped untreated radioactive waste directly into the nearby Techa River.

Russian regulators say the plant stopped its dumps in 2004 ­– after a lawsuit and criminal charges unseated the plant’s scandal-tarred director. But various investigations by environmental non-profits have cast doubt on that claim ever since.

Russia’s state nuclear corporation Rosatom, meanwhile refuses to respond to specific charges of ongoing dumps, instead issuing general statements that Mayak operates within “environmental guidelines” and that the Techa complies with “sanitary standards.” Indeed, because the river is already so contaminated, establishing further contamination might seem merely academic. 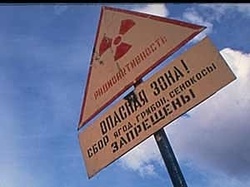 To follow the river’s northerly flow is to draw a morbid map of mortality and disease: record rates of chromosomal abnormalities, birth defects and cancers vastly higher than the Russian average mark each new village it passes.

It was only in 2008 – more than a half a century after the dumps began – that Rosatom undertook to evacuate some of the rural villages supping on this radioactive bilge – but only partially, and only halfheartedly.

The population of Muslyumovo, the village long bearing the brunt of the contamination, was resettled a mere two kilometers upriver. People in the town were issued cards identifying them as residents of an irradiated zone, entitling them to certain lusterless perks.

But even getting those benefits through the local courts turned out to be a dangerous proposition. Kutepova, who has long battled Chelyabinsk officialdom on behalf of Mayak’s afflicted, became an irritant the government grew tired of hearing.

In 2015, the Ministry of Justice declared her legal aide group, Planeta Nadezh, a foreign agent. In the coming months, Russia’s official television stations began ginning up a panic that she herself might be a spy. She fled the country for Paris later that year.

Many residents of Muslyumovo and other contaminated villages haven’t gone anywhere at all. When the time for the move came, bureaucrats took issue with their paperwork or their medical records, dooming them over clerical errors. 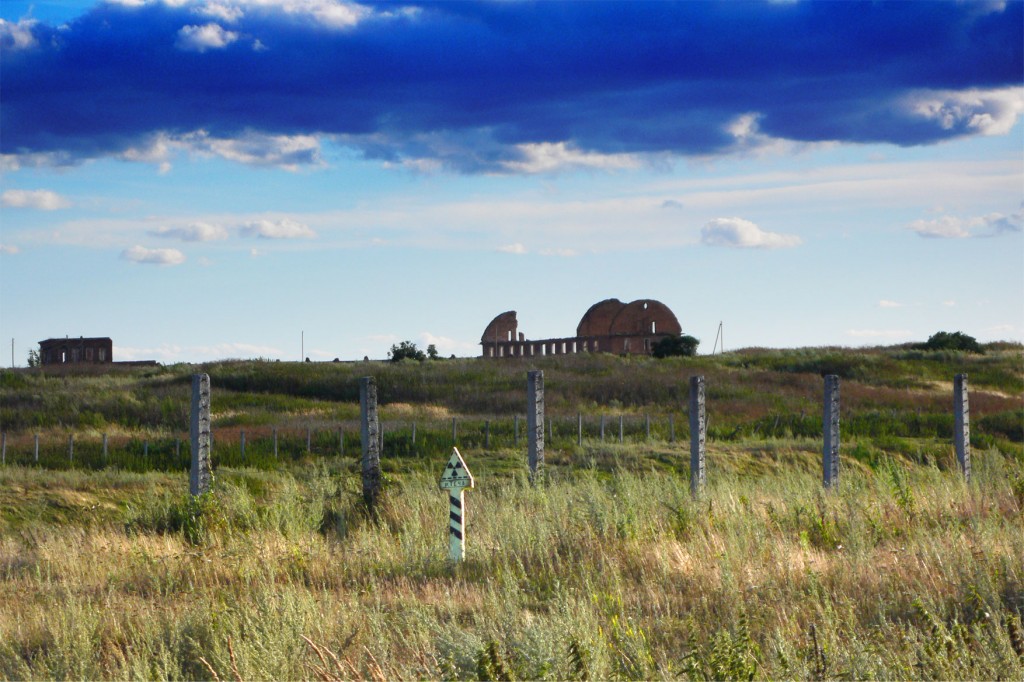 Mayak as seen from across the Techa River, which it has contaminated for decades. Credit: Alisa Nikulina/Ecodefense

Others decided what Rosatom was offering was a raw deal. Abandoning homes their families lived in for generations for paltry sums to rebuild in tiny crowded apartments were judged by many to be a poor trade. Regardless of where they live, however, they continue to be visited by doctors who keep detailed records of their decay.

Those who live along the river, they say, have cancer at rates 3.6 times higher than the national average, and suffer 25 times more from incidence of birth defects than in other places in the country. Miscarriages continue to climb, and children carried to term are born with malformed limbs and organs. Many of the remaining adults suffer from lymph node swelling so severe that their words are unintelligible to visiting physicians. The strontium 90 flowing through the river, the doctors have concluded, has settled into the population’s bones.

Even in the shadow of these unsettling facts, it falls to Mayak to digest much of the gristle left by the Soviet nuclear legacy. Nearly all of the spent fuel from Russia’s now-defunct Soviet nuclear submarine fleet made its way to Mayak, and saved Russia’s northern ports and Western Europe from a catastrophe of another kind.

More recently, a decades long pile up of the Soviet navy’s nuclear fuel left to rot at Andreyeva Bay has begun to wend its way for reprocessing at Mayak – suggesting the once doomed plant might be able to atone for past sins.

But too much of Mayak’s history – a history written in the illnesses and deformities of its witnesses – has come to light only by accident and happenstance. If the country is to grant this once-uncharted territory any absolution, Rosatom owes it complete transparency in exchange.

Is it up to the task? Its forgiveness depends on it.