Political intrigue deepened and protestors turned out as Russian President Vladimir Putin visited Budapest to give another nod to construction of a Russian built nuclear power plant in Hungary.

Political intrigue deepened and protestors turned out as Russian President Vladimir Putin visited Budapest to give another nod to construction of a Russian built nuclear power plant in Hungary.

The protracted deal, which relies on a 10 billion-euro ($12 billion) loan from Moscow, is widely seen as a Trojan Horse for Moscow’s political influence over the government of right-leaning Viktor Orban.

Moscow’s record of exchanging energy deals for good behavior made European regulators wary, and they only recently gave Hungary the go-ahead to build the plant after a lengthy probe.

At issue was whether the Russian built and Hungarian operated nuclear station would have an unfair advantage over other energy providers in the European Union. Orban agreed to let Moscow finance and build the plant in 2014, but the European Commission demanded an investigation.

Hungary successfully argued to the EU that since the original Paks nuclear power plant had been built by the Soviets, it made sense for Russia to undertake its expansion at Paks-2. 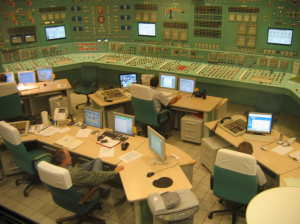 “Work at the [Paks] construction site may start already at the beginning of the next year,” Putin told Orban on August 28 during a visit to Hungary’s capital, Budapest, according to RFE/RL.

Protesters greeted Putin on his arrival, blowing whistles at his motorcade and holding up banners reading: “We won’t be a Russian colony.” Politicians who oppose Orban’s party vowed to undo the Paks deal should they come to power.

“We won’t let [Hungary] be chained to Russia for decades by secret deals,” said the leader of the centrist political party Momentum.

But Hungarian government is insistent about pursuing the plant. Foreign Minister Peter Szijjarto confirmed during Putin’s visit that work on Paks-2 would begin next year.

“The real construction work will start in January and nothing will stop the investment from now on,” he told reporters, according to RFE/RL.

Hungary is dependent on nuclear power for 50 percent of its energy needs, and critics of the plant have argued that letting Russia build Paks-2 will open the country to naked bullying by Moscow – which is rarely shy about shutting off natural gas supplies to European customers it finds quarrelsome.

The VVER-1200 reactor Hungary is getting is one of Rosatom’s build-own-operate deals, which puts Budapest in hock to Moscow for decades. Rosatom will also effectively operate the plant for 50 years, supplying it with all of its fuel and most of its technical know-how.

Budapest is on the hook for the loan even if the plant never sees a day of operation and the interest on the loan could be ruinous. A similar $11.4 billion 30-year agreement Bangladesh inked with Moscow could net $8 billion in interest. A $25 billion deal Rosatom is pursuing with Egypt could, over 35-year term of the loan, swell to $71 billion.

“It is not particularly wise to be reliant on Russian energy supply, be it through an expanded Paks NPP or through a sizeable gas deal,” said Njaa. “As we have seen in the past, Russia may use its energy supply to up the stakes in political conflicts.”

Nowhere are Moscow’s blunt energy policies more clear than in its tense relationship to the EU over its military incursions into Ukraine.

In 2014, at the height of East-West tensions over Russia’s annexation of Crimea, Kremlin officials threatened to cut nuclear fuel supplies to Ukraine’s Soviet built reactors, raising the specter of Moscow forcing a calamitous nuclear accident.

Rosatom eventually walked the threat back, but the lurid message in Moscow’s head-fake at igniting a second Chernobyl was clear: Russian-built reactors are a useful form of post-Cold War nuclear blackmail.

And the EU has felt the cold of the Ukraine dispute as well. In 2006 and 2009, Moscow cut its natural gas supplies to Europe as tensions spiraled.

Many in Europe – Hungary included – subsequently thought to diversify their energy supply toward nuclear. Ironically, Rosatom has emerged as the most eager and stable nuclear builder on the international market.

For now, Rosatom can afford the risks and is able to offer generous financing terms thanks to the enormous state subsidies it receives. These subsidies can be funneled into loans, and the loans boost the company’s profits on paper. But the subsidies are set to decrease or dry up in 2020.

As a result, Rosatom is amassing memorandums of understanding from any country vaguely interested in nuclear power. The company says is currently has 27 of these MOUs amounting to $135 billion in incoming business.

But that claim invites skepticism as most of the countries from which Rosatom is collecting MOUs – countries like Jordan, Algeria, Nigeria and Bolivia – won’t be able to support nuclear for decades.

That leaves counties like Hungary that can support nuclear vulnerable and holding the bag for Rosatom’s over-extended balance sheet.

In the end, said Njaa, the Paks-2 deal is bad for economics and bad for the environment.

“Neither gas nor nuclear power encourage a shift towards environmentally friendly energy,” he said. “Instead, these energy sources will effectively occupy the place renewable energy could fill in Hungary and the greater region’s energy system.”