The risk of a nuclear accident at the Kola Nuclear Power Plant near Murmansk and only kilometers from Norway’s border with Russian, will continue to increase until it is closed – at the earliest in 2030 when it will have operated twice as long as it was designed to. 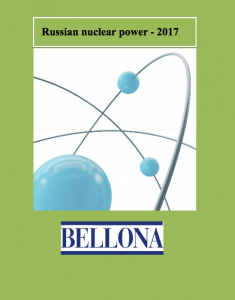 The risk of a nuclear accident at the Kola Nuclear Power Plant near Murmansk and only kilometers from Norway’s border with Russian, will continue to increase until it is closed – at the earliest in 2030 when it will have operated twice as long as it was designed to.

Independent international experts widely consider the Kola Nuclear Power Plant to be one of the world’s most dangerous. It went into service over four decades ago, in 1973, and lacks the concrete reinforcements present in new reactor designs. This means that radioactivity could be released far easier in the event of an accident.

Although Russia makes an effort to maintain the plant, it is only becoming more worn. Most critically, the steel in its reactor vessels will become more fatigued as they continue to be exposed to radiation.

Should there be an accident at the plant, its severity is largely in the hands of the prevailing winds – which would likely focus the fallout on Murmansk’s population of 300,000, and farther to the Barents Sea. Additionally, according to wind simulation models, the country of Finnmark in northern Norway, the coastal town of Tromsø and northern Sweden would also be hit.

Despite this, there are no near-future plans to close the plant. Instead, Russia invests in continual maintenance and upgrades to Band-Aid emerging problems. Norway itself contributes money and expertise to these efforts in the hopes of delaying an incident.

“Unfortunately, this also contributes to this old nuclear plant being in operation for longer,” said Nils Bøhmer, Bellona’s general manager and nuclear physicist, who is one of the report’s co-authors. “This means that the Kola Nuclear Power Plant is an increasing safety risk for Norway.”

One reason why Rosatom, Russia’s state nuclear corporation, doesn’t prioritize phasing out facilities like Kola is because it is spending money on building new nuclear plants in other countries.

“They do this to consolidate their position internationally – the nuclear facilities act as political bridges,” said Bøhmer. Bellona’s new report described these conditions for plants Russia is building in Turkey, Hungary, India, Bangladesh, Belarus, Iran, Finland and China.

“When these plants are up and running, Rosatom will deliver their fuel and, later, deal with their waste,” said Bøhmer. “They can also be used for political leverage.”

Meanwhile the Kola Nuclear Power Plant continues to operate even though the Murmansk region routinely has surplus energy, particularly from safer sources like hydroelectric, wind and other renewable sources.

Although the Kola plant’s reactors are not of the same kind that exploded at Chernobyl in 1986, they are still poorly secured.

Another Russian nuclear plant located near Norway is the Leningrad nuclear station. That plant’s two oldest reactors – which are of the Chernobyl type – will likely be replaced by 2019. When its other two reactors will be replaced remains uncertain.