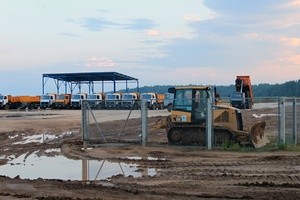 The Baltic Nuclear Power Plant in the Russian enclave of Kaliningrad, neighboring Lithuania, and the Belarusian nuclear plant, being built by Russia in the border town of Ostovets, are largely viewed as environmentally unsound and economically unneeded.

Lithuanian Energy Minister Rokas Masiulis in late December issued a call to Poland, Estonia and Finland to similarly boycott energy produced by these two plants, and that they unite to buy energy from a third country that, as he said, doesn’t build dangerous nuclear power stations. 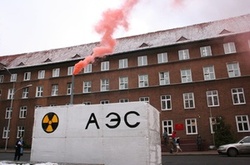 “We need to issue a clear signal that electric energy produced in violation of international regulations of nuclear safety and intergovernmental environmental impact assessments won’t be accepted in the EU,” said Masiulis, in a December 23 letter to his foreign counterparts, according to the ru.delfi.lt  news portal.

In particular, the Belarus plant has run afoul of the 1997 Espoo Convention on trans-border pollution.

Masiulis added that the countries must discuss their power issues on a local and European Union level.

According to Masiulis, the Belarusian and Kaliningrad nuclear plants pose both environmental risks and create a monopoly type situation that close out other power producers to the Baltic region.

The Belarusian plant is located only 50 kilometers from Vilnius.

Bøhmer said that “Lithuania has an extra concern, since they would very likely to be affected by any accidents at either of the nuclear power plants.”

Alexander Nikitin, chairman of the Environmental Rights Center Bellona, however, dismissed the Lithuanian strategy in an email interview as “chit-chat.”

In his view, “ecology is not the first issue” in Lithuania’s strategy, and that whether the country followed through “depends on economic circumstances and political decisions.”

Bøhmer said that energy price issues were certainly a factor.

“Lithuania’s goal is to have a fair pricing of the different energy sources,” he said.

Andrei Zolotkov, an adviser on nuclear energy with Bellona based in Murmansk zeroed in on the environmental issues surrounding the Belarusian plant, and the political vacuum in which it’s being built.

He said that whether the Belarusian plant had been discussed or not – and discussions of it led to the arrest of several activists, one from Bellona – it will be built all the same. Zolotkov attributed that to the totalitarian government in Minsk headed up by Alexander Lukashenko for this state of affairs.

“What is [Lukashenko] going to do with all of that electricity?” said Zolotkov. “It will become a problem for Belarus and Russia – maybe they want to collect a dumping price on it, but with oil as cheap as it is, that would be complicated.?

Zolotkov suggested the Belarusian plant could run its eventual reactors at less than full potential, just as the Kola nuclear plant does because of an overabundance of electricity in the Murmansk area.

“For instance,” wrote Zolotkov, “the Kola nuclear plant has already for years run at 67 percent capacity, only running at full capacity during winter months.”

Zolotkov also thought concerns about dealing with energy produced by the Baltic power station were unfounded, as its construction has been halted after protests.

Andrei Ozharovsky wrote from Russian and Charles Digges wrote and edited from the US.