Disposing of plutonium cheaper and safer than making it fuel, says leaked US report

A faltered US disarmament agreement with Russia has left Washington considering far cheaper and effective means of dispensing with 34 tons of surplus weapons grade plutonium, according to a leaked report from the US Department of Energy.

The 68 tons of plutonium the Russian and the US agreed to dispose would power some 17,000 nuclear bombs.

The new plan for the US plutonium, according to the DOE’s leaked document, which was reviewed by Bellona, would involve diluting and storing it at a federal nuclear waste repository in New Mexico for half the cost of current plans that envision converting it as fuel. 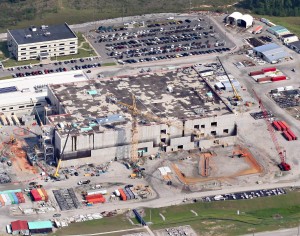 The DOE at the time pushed for the dilution and disposal option, but the Russian side shouted that down, insisting its plutonium stocks were valuable fuel for its then-nascent power generating fast reactors at Beloyarsk, according to Russian nuclear officials interviewed by Bellona.

Between 2003 and 2006, negotiations over the disposal methods became tedious and protracted, and started to unravel, former DOE officials privy to the negotiations told Bellona.

More recently, both countries began charting their own divergent paths to fulfill the Plutonium Disposition Agreement. Russia has since opted to use its plutonium at the Beloyarsk reactors.

The US, meanwhile, broke ground on a MOX nuclear fuel fabrication facility at the DOE’s Savannah River Site in South Carolina in 2007. The plant was to produce MOX fuel for light-water reactors. The plant’s price tag was estimated at $4.9 billion.

The facility’s design is similar to Areva’s Melox facility at Marcoule, France, but modified to handle metal plutonium ‘pits’ from US weapons and their conversion from metal to plutonium oxide, World Nuclear News reported.

But it’s this part of the process that’s causing problems, the agency reported. 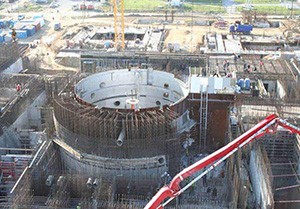 Edwin Lyman of the Washington-based Union of Concerned Scientists – which initially obtained the DOE leak – has long been critical of the risks associated with producing MOX.

“Using plutonium-based fuel in nuclear reactors increases the risk of a serious accident,” he said. He added that the MOX program failed to take into consideration tremendous security risks.

“Converting this plutonium to a form that is harder to steal or reuse in nuclear weapons is a critical long-term goal,” he said. “But the MOX project actually increases near-term risks by making it easier for terrorists to steal plutonium during processing, transport or storage.”

In 2014, after two decades, billions of dollars, and minimal progress, the Obama administration mothballed the program, zeroing out its budget and stopping construction of the MOX facility at the DOE’s Savannah River site.

Congress, however, has kept it on budgetary life support, with the strong support of South Carolina’s congressional delegation. The leaked study says that sooner or later, the Energy Department will be forced to abandon the fuel plant, the sooner the better.

“The downward performance spiral [expected for the MOX plant] is accompanied by an upward cost escalation spiral that would eventually make [the DOE’s] path-forward decision for them,” the report concluded, “but only after a great deal of money has been wasted.”

Added to that, said the leaked study, there have been construction snafus, high turnover and management problems on the project that have slowed the MOX plant’s progress.

Despite being 60 percent built, said the leaked report, the MOX plant still needs some 15 years of construction work, and then about three years of commissioning. Once in operation, it would take more than 10 years to work through the plutonium, in accord with the bilateral disposition agreement, at a cost of $700-$800 million a year – putting the total cost of the program at $19 billion to $22 billion on top of what’s already been spent.

In 2013, the DOE estimated the entire project could cost as much as $27 billion. An outside assessment ordered by Congress topped that, concluding it could cost up to $47 billion.

Added to the exorbitant cost, the MOX facility wouldn’t even complete the disposition program within the agreed timeframe with Russia, said the report.

Lyman said that the leaked study’s suggestion of dilution and disposal was far preferable – and is a method that the DOE has already used to dispose of several metric tons of plutonium.

Once the plutonium is diluted with an inert, nonradioactive material, it would be sent to New Mexico’s Waste Isolation Pilot Plant [WIRR] for burial.

“The bottom line is the MOX program is too expensive and too risky to continue,” said Lyman.

He urged Congress to “stop obstructing the Energy Department from shutting down the MOX program and allow it to ramp up the downblending program at the Savannah River Site.

‘Otherwise, the government will continue to waste hundreds of millions of taxpayer dollars every year,” Lyman said.

Nils Bøhmer, Bellona’s executive director and nuclear physicist, agreed, saying “the [conclusions of the leaked report] are in line with what we have been saying for years – the best option for this material is dilution and disposal.”

But he did flag for concern the possible lack of space to store the material.

“The US must now put more effort into finding one or several disposal sites, both for the plutonium, and also for the country’s growing amount of spent nuclear fuel, which faces a uncertain future since Yucca Mountain was scraped,” said Bøhmer

Lyman’s Union of Concerned Scientists acknowledged this worry in a statement, noting that New Mexico’s WIPP is currently not accepting waste as a result of two accidents in February of 2014. But they noted that the leaked study’s authors said the facility should be operational again by 2020, posing no big delay to downblending the plutonium.

Is this all still just a drop in the bucket?

Still, it is questionable how much of a dent even the dilution and disposal program – coulpled with Russia’s burning of plutonium fuel at Beloyarsk – will make in either nation’s stockpiles.

The United States has declared that it has a total weapons plutonium surplus of 100 metric tons. Russia has not declared officially how much it has, but most estimates indicate Moscow is sitting of a surplus of about 150 metric tons of plutonium.