Sosnovy Bor is not only the prospective home to a nuclear repository of some kind, but also hosts the original Leningrad nuclear Power Plant, which operates four outdated Chernobyl-type RBMK reactors, as well as its successor plant, the LNPP-2. 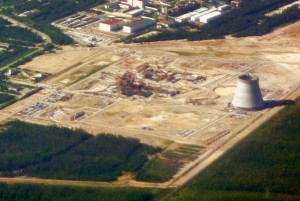 The closed nuclear town will be facing an avalanche of radioactive waste within the next three years as efforts to decommission LNPP-1 ramp up, so news of Rosatom’s empty wallet come at an unwelcome time.

Oleg Muratov, a member of Rosatom’s public council, told RBK that despite the approval by the government in 2013 to construct a so-called point for radioactive waste burial in the Leningrad Region – of which St. Petersburg is the capital – the project has still not been officially confirmed.

Such so-called points of radioactive waste burial are only meant to function for a few years, until more long term internment options can be figured out.

At present, experiments on the suitability of geological formations in Siberia’s Krasnoyarsk region are being conducted to see if they are suitable for deep geologic burial. But laboratory results won’t be in for the next nine years at least.

“At present, the first model of the radioactive [waste] repository has been rejected because creating a point of burial for class 3 and 4 radioactive waste is not economically feasible,” said Muratov. “Rosatom is preparing a statement on reviewing the conception of the project and all of this will begin anew – engineering the project, a public and governmental environmental impact assessment, public hearings et cetera.”

Rosatom representatives wouldn’t explain what their new concept for the radioactive waste storage site would be. Further inquiries send by press agencies to Rosatom went unanswered.

Alexander Nikitin, chairman of the Environmental Rights Center (ERC) Bellona, said he doubted there was even a new concept in the works.

Where has the money for the project gone?

Nikitin said the Russian Ministry of Natural Resource Usage was responsible for determining tariffs on radioactive waste storage – a tariff that’s charged to whatever entity stores its waste at a given site.

When building a radioactive waste burial site, the cost of construction, use, and closure are calculated and have to be within the limits organizations who give their waste to RosRAO, Russia’s National Operator for handling nuclear waste, can afford.

“The storage point in Sosnovy Bor was to be built for 250,000 cubic meters of radioactive waste,” said Nikitin. He said the site’s cost as calculated by the tariffs charged by the Natural Resources Ministry wouldn’t cover even the construction, to say nothing of use and decommissioning of the site.

“So they stopped and thought, well what next?” said Nikitin.

Lawmaker thinks he has the answer

Duma Deputy and former member of the Leningrad Regional Legislative Assembly, Nikolai Kuzmin, who has been engaged with the repository issue for a number of years, told RBK that because the decommissioning of the original Leningrad Nuclear Power Plant (LNPP -1) is scheduled to start in 2018, RosRAO – a subsidiary of Rosatom – should start finding temporary space for the coming wave of radioactive waste. 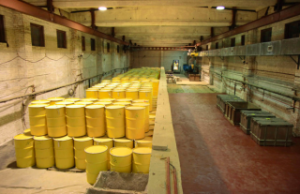 Oleg Bodrov, who for years has headed up the local Green World environmental and nuclear watchdog group, told RBK that Kuzmin’s suggestion is the best of the current options available.

Kuzmin said that currently, there’s not a lot of space for extra radioactive waste in other current storage points. But he anticipates that space will grow as an inventory process determines the volume of waste currently in storage, whether its levels of radioactivity have fallen to a point at which its safe to move the waste to standard landfills, or storage units equipped with simpler and far cheaper monitoring technology.

Kuzmin told RBK that this could be carried out by using storage at the Novovoronezh NPP, where 70 percent of the on-site temporary storage could be freed up. Bodrov told the agency that an official decree on dealing with especially low-level radioactive waste is in the works at federal levels.

“This would significantly ease the economics of taking nuclear power stations out of service,” he was quoted by RBK as saying.

As a result of such housekeeping and shuffling by RosRAO, said Kuzmin in his interview, there would be room enough in Sosnovy Bor to store materials removed during the decommissioning of LNPP -1 – the quantity of which Kuzmin says is highly exaggerated.

He said that the Ekomet-S plant would account for a drop in the amount of radioactive waste in the holds of the LNPP. But how the plant manages to do that is a matter of great dispute with the environmental community. Conceived and built in the early 2000s without any government environmental impact studies, Ekomet-S smelts low-level radioactive metals taken from LNPP -1 and supposedly purifies them for use on the open market. 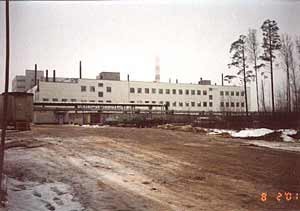 There are no controls over what kind of products the 5000 tons of metal it annually produces can be used in. Further, the plant itself has suffered three major accidents, one in 2005 when a smelting kiln exploded, severely burning one worker and killing a third. There have been other incidents of severe burns from super-heated metals over the years.

While not a supporter of the company, , Kuzmin tallied up what he saw as its positive impact on the quantity of radioactive waste coming from the LNPP -1.

“After separation at Ekomet –S the radioactive components of two tons of metal are reduced to 13 kilograms of ash,” he told the agency. “As such, a new point to inter 250,000 tons of [radioactive] waste, as was planned over these past years for the decommissioning of LNPP-1, is completely unneeded.”

And in order for RosRAO to take on long-term storage of radioactive waste, a number of legal and technical questions would need answers – specifically the fact that RosRAO isn’t allowed to store radioactive waste for more than five years.