As Russia and US scramble for Ukrainian nuke fuel market, someone needs to hit the breaks and talk safety

A tart battle between Moscow and Kiev over who will supply nuclear fuel to Ukraine’s Soviet-built nuclear power plants is raging behind the scenes of the larger geopolitical crisis brought by Vladimir Putin’s support of pro-Kremlin break-away factions in Ukraine’s industrial east.

Published on January 6, 2015 by Charles Digges 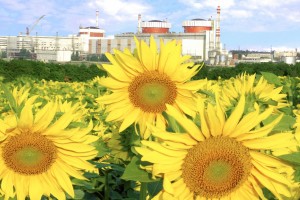 A tart quarrel between Moscow and Kiev over who will supply nuclear fuel to Ukraine’s Soviet-built nuclear power plants is raging behind the scenes of the larger geopolitical crisis brought by Vladimir Putin’s support of pro-Kremlin break-away factions in Ukraine’s industrial east.

While much of Russia’s protests of Ukraine seeking new fuel supplies from the US is expected in the prism of Russia’s new anti-Western propaganda demonology, Alexander Nikitin, Chairman of the Environmental Right Center (ERC) Bellona, says real safety and technical questions have to be answered despite stubborn political animosity.

The question of whether or not switching Ukraine’s nuclear fuel supply is safe, said the Urkranian-born Nikitin, is a valid one, and one that Bellona is attempting to address in conversation with Russian, Ukrainian and independent nuclear experts in the European Union Parliament. That is, once everyone can be convinced to RSVP in the affirmative.

When sanctions and vociferous protest from the West against Russia arose after Putin’s annexation of Ukraine’s Crimean Peninsula in March last year, they cast doubts on future Russian produced supplies of fuel for Ukraine’s 15 reactors that were built while the country was still a republic of the Soviet Union.

An abrupt snap of that supply line from Russia would not only interrupt some 44 percent of the Ukraine’s energy supply, but pose serious safety conundrums, After all, a reactor doesn’t stop on a dime like a car that runs out of gas. Fuel is needed even to power them down. An embargo on nuclear fuel, as proposed by Russian Defense Minister Dmitry Rogozin in March last year, fueling fears of 15 new Chernobyls clouding already dark political skies.

But Russia’s state nuclear corporation Rosatom and Russia’s Foreign Ministry have promised time and again to keep the supply lines open, citing these very safety issues. They also say Rosatom’s fuel subsidiary Tvel is the only company capable of producing fuel to spec in reactors Russia itself built.

But Kiev remains unconvinced by the vows.

US interest fuels the propaganda fire

Enter Westinghouse, the US-Japanese consortium that has since 2003 been cooperating with Ukraine’s national nuclear power company Energoatom on nuclear fuel supplies.

Westinghouse, majority-owned by the Toshiba Group, is the builder and operator of more than half of the nuclear plants in the world, according to the Los Angeles Times.

On December 30, the Westinghouse and Energoatom extended a contract on supplies for Ukrainian VVER pressurized water reactors  until 2020, the official Itar-Tass news outlet reported, and Westinghouse confirmed.

This will give some gas to Westinghouse’s September deal with the Ukrainian State Inspection of Nuclear Regulations to send in the upgraded nuclear fuel TBC-WR produced by the US giant for Ukrainian use.

Russia’s Foreign Ministry lost no time in railing against the deal, and the same day issued a statement that stoked fears of Chernobyl redux.

“It seems that the Chernobyl tragedy did not teach Kiev authorities any lessons concerning a scientifically feasible approach to the [peaceful] use of nuclear energy,” read the statement, as carried by the official Itar-Tass. “In might be in fact, that the nuclear safety is sacrificed for the sake of political ambitions or other even more tangible interests.”

“Consequences of possible accidents and meltdowns [at nuclear power plants] will be in the full responsibility of the Ukrainian authorities and US suppliers of [nuclear] fuel,” the statement added.

The statement was carried in full by the country’s state-controlled media, signaling Rosatom’s pique over erosion of its once-captive market. “Westinghouse nuclear fuel is being introduced without remarks, and in line with the requirements and rules of nuclear and radiation safety described in Ukrainian law,” reads the statement, as quoted by Interfax.

So, how safe is it…really?

When the political dust is brushed aside, said Nikitin, there are serious questions regarding the safety of the Westinghouse fuel.

“As environmentalists, we are primarily interested in the safety issues, “ said Nikitin, “but safety is inextricably tied to technical issues.”

And the issues are very technical.

For instance, said Nikitin, will the newly produced US fuel assemblies disturb the calculated physical and thermal technical parameters of the Ukrainian reactors’ cores, and do they correspond to these calculated parameters? Further, would they infringe upon the fundamental regulation parameters of the reactors, and guarantee the necessary heat removal from the cores?

These aren’t questions that should be left to diplomats with axes to grind.

And, how spent nuclear fuel produced by Westinghouse assemblies has yet to be addressed by Ukraine.

In the past, said Nikitin, Ukraine sent its spent nuclear fuel to Krasnoyarsk in Siberia for reprocessing. Now, he said, they’ll have to devise their and build their own long term storage facilities to house spent fuel.

So, Rosatom, Energoatom and Westinghouse and EU experts have a lot to hammer out in Brussels, and the invitation from Bellona stands.