Sweden may soon turn its back on nuclear power as the incoming Social Democrats and Green Party announced a coalition agreement to phase out atomic power development, Swedish media have reported.

Published on October 2, 2014 by Charles Digges 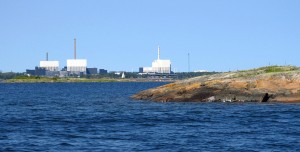 Sweden may soon turn its back on nuclear power as the incoming Social Democrats and Green Party have announced a coalition agreement to phase out atomic power development, Swedish media have reported.

The two parties have agreed to establish a commission that would put the country on track toward 100 percent reliance on renewable energy.

Social Democrat leader Stefan Lofven had said that nuclear power would be needed for “the foreseeable future”, while the Greens want to see more of Sweden’s reactors closed in the next four years.

The deal was presented by Lofven and Green Party spokeswoman Åsa Romson as a way for Sweden to eventually abandon nuclear power.

The fine print of the phase out, however, has not been revealed, and no deadline on a nuclear phase out was announced.

Both parties say further discussions are needed to hammer out a deadline, Sweden’s The Local news portal reported.

“The government’s starting point is that nuclear power must be dismantled, we must have 100 percent renewable energy. But let us first have this analysis phase,” Loefven told public broadcaster Sveriges Radio, as quoted in The Local.

Romson said government subsidies for nuclear power plants would continue, but that her party wanted several of them shut down within the next four years.

“We have clear security requirements that will be implemented, and as a consequence all energy experts say that old reactors will be closed down in the near future,” Romson said, according to the news portal.

Bellona’s managing director and nuclear physicist, Nils Bøhmer warmly greeted the news, saying “It is a good signal from the new Swedish government that they will turn their back at the nuclear option.”

Sweden runs three nuclear power plants with ten nuclear reactors among them, which produce about 40 percent of the country’s electricity.

The Ringhals plant, which came online in 1980, is located south of Gothenburg, about 150 kilometers from Norway’s eastern border. The Forsmark plant, which is also the site of Sweden’s nuclear repository project, is on the country’s southeast coast north of Stockholm, and was switched on in 1976. The oldest plant, Oskarshamn, came online in 1972, and is located further south on Sweden’s Baltic Sea coast.

The oldest reactors had originally been scheduled for closure in the 2020s.

Bøhmer said that nuclear power ”adds up to an economic headache for Swedish utilities,” citing Swedish broadcaster SVT’s report earlier this week that the Oskarshamn plant has for the past two years run at a 2.5 billion SEK ($350 million) deficit. He predicted that plant would see the first of the reactor shutdowns under the new government coalition agreement.

“Most likely we will see the closure of at least one of the reactors at Oskarshamn as a first step on the road to a nuclear free Sweden,” said Bøhmer.

The decision to halt nuclear energy development comes a day after the country was named as one of the world’s top ten polluters by the WWF, The Local reported.

In 1980, the Swedish public voted in a referendum to phase out nuclear power, a majority vote that was overturned by Sweden’s parliament, which overturned the popular vote and passed legisltion 2010 allowing for the replacement of old reactors.

Despite a 1980 referendum where a majority voted to phase out nuclear power, the Swedish parliament passed a bill in 2010 to replace old reactors.

Agneta Rising, director general of the World Nuclear Association, said in a statement that the nuclear phase out idea spells “a very bad situation for Sweden.”

She warned that decommissioning costs would drain pockets of utilities and leave little money for building up a renewable sector that would account for 40 percent of the country’s electricity needs.

“Sweden has an electricity system that is almost optimal when you consider that nearly 50% comes from nuclear power and nearly 50% from hydro power,” said Rising in her statement published by WNN. “It is a clean, competitive and stable electricity system. To get out of that situation, which every other country would dream of being in, is bad news for Sweden and a bad example for the rest of the world.”