Sergei Kiriyenko, head of Russia’s state nuclear corporation Rosatom, said yesterday that he has no plans on following through with an embargo on nuclear fuel to Ukraine announced last week by President Vladimir Putin and Deputy Prime Minister Dmitry Rogozin. 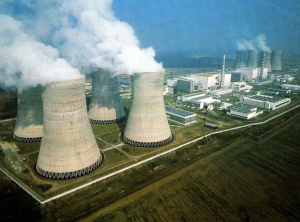 Sergei Kiriyenko, head of Russia’s state nuclear corporation Rosatom, said yesterday that he has no plans on following through with an embargo on nuclear fuel to Ukraine announced last week by President Vladimir Putin and Deputy Prime Minister Dmitry Rogozin.

It remains unclear , however, whether the Kremlin – which is poised for a military occupation of Ukraine after last month’s ouster of Ukraine’s President Viktor Yanukovich in the wake of mounting street protests – plans to allow Kiriyenko’s words to stand. The day following Rogozin’s announcement, Ukraine lifted its own ban against Russia transporting nuclear fuel across its territory to its other customers, but whether that olive branch has been accepted by Moscow remains to be seen.

Russia’s TVEL nuclear fuel fabrication company is the only vendor supplying Ukraine’s 15 nuclear reactors. As tensions between the two countries continue to spiral out of control, Putin and Rogozin on March 5 said they would shut off the nuclear supply – a move that nuclear scientists and activists say is unfathomably dangerous.

Kiriyenko, speaking from Turkey yesterday, unilaterally announced that there would be no interruption in Russia’s supply of nuclear fuel to Ukraine, saying in remarks carried by the nuclear monopoly’s press service that agreements regarding nuclear power are too long-lived to be affected by politics. “We currently have complex relations with Ukraine, but we will deliver nuclear fuel to each of its reactors,” Kiriyenko was quoted as saying. “There have not been and will not be any interruptions.”

Rosatom’s website provides news in English and Russian, but Kiriyenko’s remarks about Rosatom’s guarantee to Ukrainian reactors were not reproduced in English.

Nevertheless, the announcement implies a recognition by Kiriyenko that there is no such thing as simply shutting off a nuclear reactor by depriving of fuel unless Russia, in its current stalemate with Ukraine, desires a full-blown ecological catastrophe.

“We have very long range projects, work of a minimum of 100 years,” Kiriyenko continued. “Over that time, much will happen, but because all projects in the atomic sphere are long range, the contracts will never be tied to political circumstances.”

But the remarks of Kiriyenko – who has over the past few years distanced himself from politics, and has tried to repaint his own image as an international businessman – might be stepping on some very brittle and impatient Kremlin toes, said Alexander Nikitin, chairman of the Environment and Rights Center Bellona.

“Kiriyenko is speaking as a businessman in a situation that will be decided by politics,” said Nikitin. “These politics could crush his plans, and things may turn out very differently from the way Kiriyenko wishes to see them.

In announcing the embargo, Rogozin said that Ukrainian nuclear power plants have enough fuel on site for this month and next month – which is not much.

Last week, western nations led by the United States promised the interim government in Kiev over a billion dollars in financial and energy aid. But that won’t mean much for the country’s nuclear reactors unless Kiev can reestablish old ties with Westinghouse as a US-based nuclear fuel supplier. Hundreds and thousands of Ukrainians on the Maidan in Kiev protesting Yanukovich’s embrace of Moscow. (Photo: ua.sdelanounas.in.ua)

The standoff between Russia and Ukraine has become the most serious crisis between East and West since the Cold War as Yanukovich last month sought protection in Russia. A Moscow-led carpet-bombing of propaganda accusing the Kiev government and Maidan activists of being fascist and western puppets has ensued.

For it’s part, Ukraine’s anti-Russian resistance encompasses both western-oriented activism, as well as a lunatic fringe of other groups who’ve come out of the woodwork to stake their own claim in events.

Threats and promises from the EU and the United States have had an almost intangible effect.

This Sunday, Ukraine’s Crimea region and its largely ethnic Russian population will go to the polls in a referendum to decide whether it will become a part of Russia. The peninsula – which is home to Russia’s Black Sea naval fleet – is already for the most part occupied by Russian troops, and Russia is massing more across the border in the run up to this weekend’s balloting.

Since the beginning of largely pro-western protests this fall in Kiev, Russia has missed no opportunity to strengthen its chokehold on energy to Ukraine, which is heavily dependent on natural gas from its hostile neighbor.

But the threat of cutting off nuclear fuel to Ukraine is an example of myopic loutishness from the point of view of politics, international business and nuclear safety according to Vladimir Slivyak, co-chair of Russia’s Ecodefense.

“This is not just shutting off the gas,” on March 6. “Reactors are very dangerous to shut down, and later relaunch. Even in stopping a reactor, energy must be supplied so that its safety systems work.”

“Nuclear power plants have to be above politics,” argued Slivyak.

Whether they turn out to be, said Niktin, is largely a matter of Putin’s whim.