Published on June 10, 2013 by Andrey Ozharovsky

Kim Kyun Seop, president of Korea Hydro and Nuclear Power (KNHP), is reported to have tendered his resignation a week earlier and was dismissed from his post on June 6.

This development is seen as an outcome of a scandal that erupted late last May over the discovery of power cables supplied with counterfeit certificates for the safety systems of four commercial nuclear power reactors, idled by the country’s oversight authority until equipment replacement is completed.

A June 7 story Channel NewsAsia story cited a statement by the South Korean Ministry of Trade, Industry and Energy, which announced Kim Kyun Seop’s dismissal, as saying that An Seung-Kyoo, CEO of KEPCO Engineering and Construction, which is responsible for nuclear power plant design and technology, would also be fired at a board meeting the following day.

The ministry had vowed stern punitive action against any senior officials of the two companies if they were found involved in the scandal, the Channel NewsAsia story said, adding that President Park Geun-Hye had earlier demanded action over what she called “unpardonable” corruption in the nuclear power sector.

KHNP, which is the fifth largest of all nuclear power suppliers in the world, according to company information, is a subsidiary of Korea Electric Power Corporation (KEPCO) and runs the country’s 23 commercial reactors with a combined capacity of around 20.7 gigawatts. Counting together with assets in hydroelectric power generation, KHNP provides approximately 40% of the national power supply, the company website says.

As of the time this story was translated and updated from Bellona’s earlier report in Russian, no official statement had been seen available in the press section of the company’s English-language page, nor on the English website of the parent company, KEPCO.

South Korea’s Nuclear Safety and Security Commission (NSSC) earlier ordered shutdown of two reactors and postponement of operation of another two after uncovering that safety-class control cables installed in the reactors had been supplied with fabricated Environmental Qualification test reports, the commission said in its press release of May 29.

A May 28 Associated Press (AP) story said the cables “control valves that are responsible for cooling nuclear fuel or preventing the release of radioactive materials during an emergency” and quoted a NSSC statement as saying that “[i]f these control cables do not operate well during an emergency, we viewed that it would not guarantee to cool nuclear fuels or to shut off radioactive materials.”

The NSSC said in its press release it ordered to shut down Unit 2 at Shinkori (or Shin-Kori, in KHNP’s spelling) Nuclear Power Plant, a four-unit station located in Gori, in Busan, and Unit 1 at Shinwolsong (Shin-Wolsong) Nuclear Power Plant, a two-reactor site in Gyeongju-si in North Gyeongsang province, until the forged cables have been replaced.

The NSSC also ordered to extend the maintenance period of Unit 1 at Shinkori, where operation was expected to resume after planned maintenance, until new cables have been installed, and to replace the cables of the new Unit 2 recently completed at Shinwolsong before the reactor’s operating license is issued.

These are 1,000-megawatt reactors of the OPR-1000 design – with OPR standing for “optimized power reactor – developed and produced in South Korea.

The NSSC said an investigation into falsification of test reports has been ongoing since the beginning of 2013. On the eve of KNHP’s president’s resignation, counterfeit cabling was reported to have been discovered at two more reactors, currently under construction.

A Reuters Canada story of June 5 quoted a KNHP spokesman as saying: “We know the findings of the fake certificates at two additional reactors, although the commission knows the details of the investigation.”

Construction at the two reactors was due to finish later this year and in September 2014, Reuters Canada’s story said, citing KHNP.

The NSSC’s probe started earlier this year following an anonymous tip received by the regulator agency.

AP’s May 28 report cited South Korea’s trade, industry, and energy ministry as saying a company contracted to conduct tests fabricated the results for cables that failed to meet international standards for capacity to withstand changes in voltage and pressure.

The report also cited the NSSC as saying the cables, which were in use since December 2011, failed nine of 12 tests pertinent to their operation in a “loss of coolant accident.”

“We found fabrication in some graphs and test results of the cable parts used in [Shin-Kori U]nits 1 and 2 and [Shin Wolsong U]nits 1 and 2. We also confirmed that these parts have been used for the [Shin Kori U]nits 3 and 4, which are nearing completion.”

A quote by Lee given to The Korea Times, cited by WNN, was that a member of staff of a Korean testing institute produced a forged test result claiming it was from an overseas institute. He said, according to WNN: “The Korean institute asked a Canadian institute to conduct part of the test. The foreign institute said some of the cable parts did not pass its test, but the staff member altered the result.”

This most recent scandal comes on the heels of yet another that made headlines last November, when five nuclear reactors were found to be operating with falsely certified components. Thousands of substandard parts had been supplied with fake warranties for over 10 years, a New York Times report said on May 28, and several nuclear power engineers and parts suppliers were later jailed for involvement in the scandal.

A Greenpeace International statement, released in the wake of the latest revelations, said: “We see these types of scandals time and time again. For 60 years nuclear power has had our money, resources and safety in its hands and we’ve had little in return but empty promises, lies and scandal.”

Sadly, neither of the problems uncovered in South Korea last year or this May, or charges that were leveled of corruption, counterfeiting equipment or crucial safety information, or of an overall laxity with regard to safety, are limited to South Korea.

Facts of equipment of inferior quality supplied to nuclear power plants have been uncovered in Russia, as well, with two such instances documented by the Russian industrial supervision agency Rostekhnadzor in 2009 alone.

One of the most egregious cases of late was that of a nuclear equipment producer – a company within Russia’s State Atomic Energy Corporation Rosatom – accused of massive corruption and manufacturing substandard equipment for nuclear reactors under construction both at home and abroad. According to investigators, the company’s procurement director, in collusion with a supplier, allegedly purchased low-grade steel for equipment, pocketing the difference. Prosecutors said the practice of shipping shoddy equipment may have started in 2007 or perhaps even earlier.

In an earlier case of 2011, Rosatom – in what was seen by some as an attempt to polish the nuclear industry’s image following the dreadful catastrophe at Japan’s Fukushima Daiichi, just a few months prior – announced the arrest of a former Rosatom deputy director and his group of radiation safety technicians on embezzlement charges.

And as for Japan, both media reports and government statements after the March 2011 disaster at Fukushima Daiichi revealed a serious lack of proper oversight from the Japanese nuclear authorities over the country’s nuclear energy industry.

This most recent scandal served to re-sound the warning bell about the risks of nuclear energy, and in South Korea, particularly, an urgent call is heard to reduce the country’s dependence on nuclear power and start a transition to renewable energy sources.

“It’s time to switch off nuclear power and look to renewables. The wind and solar energy industries don’t deceive us or treat our safety in such a casual way. Let’s put our faith in an Energy Revolution instead,” Greenpeace International’s statement read.

Greenpeace East Asia’s Hyung Lim Suh told Bellona in an email conversation that the NPP operator company, KHNP, and South Korea’s nuclear safety authority, the NSSC, were equally responsible for allowing counterfeit cabling to be installed in the reactors. 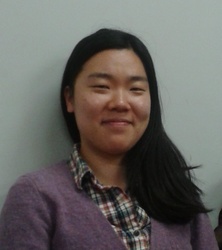 “[…] this shows again so well […] KHNP […]’s [lack of ] transparency and the NSSC […]’s inadequacy. [The] NSSC in fact still does not have a good idea who are conducting such certification process etc,” the activist wrote.

According to Hyung Lim Suh, currently the NSSC “does not even have any data” about the institutions responsible for certifying the supplied equipment, and “this can only explain that they are turning a blind eye to KHNP’s corrupted operation.”

“[…] there are 3.4 million people living within [a] 30-[kilometer] radius in Gori, one of the sites, but the KHNP has again failed to acknowledge this fact and [is] indifferent to safety,” one of Hyung Lim Suh’s emails read.

She added that the worse problem is that “the Korean government always threat[en]s the public with the ‘possible power shortage’ due to unexpected shutdown of reactors. They are avoiding the fundamental problem that nuclear power is dangerous and an utterly unreliable source of electricity.”

The government only expresses concern when facing undersupplies from the massive nuclear power industry, but the latest revelations again remind us that “going toward renewable energy – which is flexible, clean, and sustainable—is [an] imperative,” Hyung Lim Suh told Bellona.

Media reports say South Korea is worried about anticipated power shortages as a result of the downtime at the four reactors whose operation has been suspended since late last May.

South Korea remains one of the few countries whose governments have continued to build up nuclear capacities, going counter to the vigorous revision of nuclear power across the world following the disaster at Fukushima Daiichi. Coming face to face with the very plausible tremendous risks of nuclear energy, a number of heavily nuclear nations have opted to phase out nuclear generation completely – Germany being the primary example – or refrain from further development of the industry.

With nuclear power currently responsible for about a third of all electricity supply in South Korea, a lack of stability in nuclear generation is indeed a serious problem, and the idling of four of KHNP’s reactors is reported to have caused additional concern over power supply in the summer, when demand is at its peak. According to reports, ten out of South Korea’s 23 reactors are currently offline for maintenance and other reasons.

South Korea’s trade, industry, and energy ministry is said to have twice announced possible power shortages in the week that information on the suspended operation of the four reactors was released. 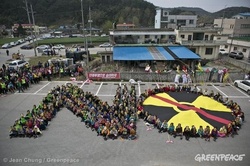 As the May 28 WNN story reported, the ministry projects power demand this summer to be at a level of 79,000 megawatts, with the generating capacity likely falling short of the demand figures and expected at 77,000 megawatts. The story quoted the ministry as saying: “The unprecedented power shortage this summer is a concern.”

The ministry warned that the worst shortages could occur in August, WNN reported.