A grim final report on the shaky condition of the European Union’s 145 reactors – a draft of which was leaked to Bellona and other media earlier this week – was released as expected yesterday with no significant changes, putting costs of upgrading Europe’s reactors at a staggering €10 to €25 billion.

Published on October 5, 2012 by Charles Digges 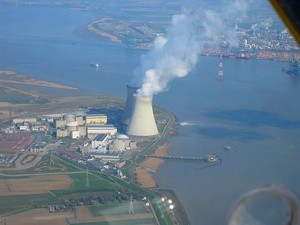 The final report, as did the draft, offered that nearly all of Europe’s reactors need safety upgrades, as determined by stress tests conducted on them following the disaster at Japan’s Fukushima Daiichi Nuclear Power Plant in March 2011.

The final figure of reactors in Europe was upwardly revised to 145 in the final report from 134 in the leaked draft.

EU Energy Commissioner Günter Oettinger announced at a press briefing in Brussels that he was planning to introduce new EU legislation compelling the industry to take out liability insurance based on largely theoretical risks of nuclear disaster.

“The obligation to have insurance cover will lead to costs that will be reflected in the cost to the consumer of buying electricity,” he said. “Certainly this will not lead to nuclear energy becoming more competitive.”

While Oettinger said the report did not indicate that any European reactors need to be shut down immediately, environmental groups and some Members of European Parliament immediately pounced on the astronomical price estimates for bringing the reactors up to spec, and said the funding was better spent on safe and cheaper sources of renewable energy.

According to a Bellona analysis, an average price tag of €20 billion in upgrade costs for Europe’s 68 nuclear power stations would mean that each plant – if the funding were spread evenly – would require €300 million a piece, or €1.3 million per reactor.

“It is a crime against the European community that the nuclear industry is competing with carbon capture and storage and renewable sources of energy by cheating on the safety of their plants and deflating the real cost of their operations,” said Hauge.

“Bellona appreciates the efforts of the Commission to stress test European nuclear power plants in the wake of Fukushima, and the results are shocking – it is now time to show leadership,” he said.

“We’d better invest that money in sustainable energy production instead of fixing an aging and life-threatening technology,” she said after the final report’s release.

Rebecca Harms, a Green member of the European Parliament, told Reuters Television the stress tests report had dodged the tough questions, but said they had still served to highlight the problems.

“Mr Oettinger has done the debate on lacking security standards a great favour,” she said.

She added that the tests had “produced a handsome list of deficiencies, showing that there is a large deficit of security standards in every country that runs nuclear power plants”.

EU leaders will now assess the report at their October 18-19 summit in Brussels.

Oettinger told the briefing that, “nearly everywhere, there is major potential for improvement” to reach the highest safety level, ranging from ensuring more time to react to an electricity blackout to adding more seismic equipment to detect earthquakes.

“At least €10 billion ($13 billion) will need to be invested in the EU and possibly up to €25 billion,” Oettinger told reporters.

“We therefore think that we should talk together with operators and regulatory authorities to act rapidly so that the highest possible standards can be guaranteed very soon,” he said.

Oettinger said that European nuclear safety standards are “generally high,” adding that “the situation is satisfactory, but there is no room for complacency.”

The final report called for more consistency across the 27-nation EU in assessing and managing nuclear safety threats.

“Hundreds of technical upgrade measures have been identified,” the final draft of report said, and criticized authorities for not taking the latest standards into account to assess risks.

The safety measures detailed in yesterday’s final report – which has been anticipated for months – did not vary from the draft in the discouraging details it revealed.

For earthquake preparedness and flooding risks, standards now called for an assessment based on occurrences of the past 10,000 years, while many nuclear power plants use a shorter timeframe in their models.

Equipment to fight severe accidents was not stored for quick retrieval in 56 percent of cases, and almost everywhere equipment that issues alerts about earthquakes should be upgraded or installed, the report said.

In case of an electricity blackout, five EU reactors would not be able to cope for more than an hour without intervention.

European nuclear plants are already regularly checked, but under the stress test system, the checks were toughened and coordinated across the EU before facing peer review by a multinational team of experts.

Bellona physicist and general manager Nils Bøhmer was in May 2011 part of a group that advised Oettinger on how the stress tests should be conducted.

Certain events in the last few months, specifically in Belgium and France, have cast a pall over nuclear safety, especially at Europe’s older nuclear facilities.

In August, cracks were discovered in the reactor pressure vessel of the No 3 reactor at the Doel Nuclear Power Plant near Antwerp, Belgium. That was followed by revelations of similar cracks in the same vessel at the country’s Tihange No 2 reactor, near Liege.

Both reactor vessels were manufactured by the Rotterdam Drydock Company in the 1970s, which subsequently went bankrupt – but not before selling 21 more reactor vessels throughout the US, France, Switzerland, the Netherlands, Germany, Spain, Sweden and the UK.

The discoveries at Doel No 3 prompted tests for cracks in all the other reactor vessels sold by Rotterdam Drydock, but only Doel No 3 and Tihange No 2 were shown to be affected. The Belgian nuclear regulatory agency said it was unlikely Doel No 3 would ever be restarted. Tihange No 2 remains halted.

Both of those reactors had burned mixed plutonium and uranium oxide, or MOX, fuel.

Earlier this month, a blast of escaping steam burned two workers at the Fessenheim nuclear power plant in eastern France, which houses the country’s oldest nuclear reactors, and has been a regular target of anti-nuclear protests.

Fessenheim, close to France’s borders with Germany and Switzerland, opened in 1977 and draws water for cooling from the Rhine, but activists say its location makes it vulnerable to seismic activity and flooding.

French President Francois Hollande promised before the release of the EU report to shut down the Fessenheim facility by 2017, a year earlier than scheduled. Hollade has also promised to lower France’s dependency on nuclear power from 75 percent to 50 percent by 2025.

A number of European countries, most notably Germany, have decided to shutter their nuclear industries all together. Germany’s nuclear plants will close, followed by Switzerland’s in 2024, which incidentally ranked as the safest in the EU report.

Belgium is also weighing the option of a nuclear shutdown and Italy voted over the summer not to begin a nuclear program at all.