AMSTERDAM – The Japanese government ordered 2000 residents near the Fukushima nuclear power plant in Onahama City to evacuate because the plant’s system was unable to cool the reactor after a devastating 8.9 scale earthquake and 10 metre high tsunamis slammed into the country’s northeast coast. Late afternoon reports also indicated the plant was experiencing a fire. 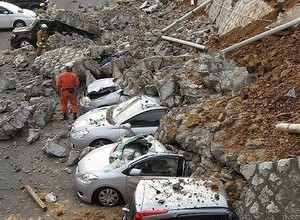 The reactor, said officials, was not leaking radiation but its core remained hot even after automatic shutdown, and many experts were doubting claims that no radiation leakage was taking place.

“There is obviously something going very seriously wrong at Fukushima if an evacuation is taking place,” said Vladimir Slivyak of Russia’s Ecodefence. “If there were just a usual malfunction, then they would never dare to evacuate.“

Slivyak said that there was a rising level of suspicion that radiation leakage was a real possibility and that the remaing hours in the day in Japan would reveal if leakage was taking place.

“Today and the next  couple of days will be the most important” for establishing this, said Slivyak in an email interview.

Bellona nuclear physicist Nils Bøhmer said that failure to cool the reactor would lead to catastrophe.

The International Atomic Energy Agency reported that four of Japan’s 55 nuclear power plants had been shut down in the aftermath of the quake. The quake hit off the east coast of Honshu, Japan at about 8:15 a.m. Central European Time this morning

“The agency is liaising with the Japanese Ministry of Economy, Trade and Industry (METI) to confirm further details of the situation. The four Japanese nuclear power plants closest to the quake have been safely shut down,” the IAEA’s Incident and Emergency Centre said, without specifying the exact names or locations of the plants.

“During the more than eight-point magnitude earthquake in Japan, local nuclear power plants proved their seismic stability,” he said in an official statement. 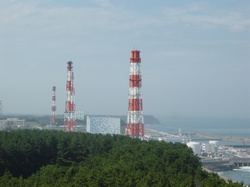 Japanese media have reported that at least the Onagawa plant in the Miyagi prefecture, and the Tokyo Electric Power (TEPCO) run Fukushima nuclear power plant have been shut down.

The fire at the Onagawa plant is apparently centered in the nuclear power plant’s turbine building, the Associated Press reported.

Tohoku Electric Power Co. said smoke was observed coming out of the building, which is separate from the plant’s reactor, and the cause is under investigation. The plant is in Miyagi prefecture.

Prior to the Kyodo report, Tohoku Electric Power had said it had not received information on whether there had been any major damage at the nuclear power plant after the disastrous quake.

Reports are still pouring in from the site of the massive quake, the worst to have hit the country since officials began to keep records and one of the worst ever in the world, according to the US Geological Survey. Oil refineries are ablaze, the water is awash with dead bodies, the death toll is mounting, and Tsunami warnings have been issued for 50 countries, from the Russian Pacific coast, the Pacific coast of North America from Alaska to California and Pacific coastal countries of South America.

Indonesia is expected to get hit by afternoon CET. The US state of Hawaii was already experiencing  tsunami conditions as of 3:00 p.m. CET

As of 3:30 CET, the death toll of the quake and subsequent tsunamis had been set at 388, though Japanese officials have been revising that figure upward throughout the day.

Japan’s relationship to nuclear power is delicate, having been the single nation in history to be hit by nuclear bombs.

But it is highly defensive of, and often secretive about, its nuclear power complex, which supplies 80 percent of the countries power through 55 nuclear power plants. These plants – though built to tough seismic standards – are all vulnerable to Japan’s earthquake prone terrain.

Japanese media reported that the government had decided to declare a nuclear power emergency situation, which occurs if there is confirmation of radioactivity leaks from a nuclear power plant or a reactor cooling system breaks down, but little other information has been made available about possible leaks.

Earlier in the day Japan’s prime minister, Naoto Kan, confirmed the quake caused “major damage” in northeastern Japan, but that nuclear power facilities in the area were not damaged and there was no radiation leakage.

Friday’s offshore quake triggered a tsunami that hit Japan’s eastern coast, sweeping away buildings and cars. TV footage also showed fires burning in the northern city of Sendai. Officials were still trying to assess the extent of destruction. Though it will likely be several hours if not days before Japan’s Fire and Disaster Management Agency and police are able to issue final tallies on damages to nuclear power plants, there is reason to believe that full information on damages and possible leaks will take some time to be revealed.

In 2007, a 6.8 magnitude earthquake rocked the Kashiwazaki-Kariwa nuclear power plant – the world’s largest – causing a leak of radioactive water that was sloshed from its containers by the jolts. The quake also caused a fire.

Initial reports from TEPCO, the plant’s operator, said 60,000 Bequerels of radioactivity had been released into the Sea of Japan when either 1.5 liters of low level liquid waste, according to one report, or 1,190 litres, according to another, had sloshed out of Kashiwazaki-Kariwa’s No. 6 reactor.

The next day, TEPCO admitted that the spill had been 50 percent worse than it had first said. Upgrading its initial assessment, Tepco confirmed that 1,200 litres had escaped, but added that 100 barrels of low-level radioactive waste had fallen over and a small amount of radioactive gas had been released into the air.

But TEPCO did not make this statement until it had been pushed by then Japanese Prime Minister Shinzo Abe, environmental groups and world media to be more definite in its damage estimates.