The death penalty and the Espoo Convention

ST. PETERSBURG – The important decision of Russia’s constitutional court confirming that adopting the death penalty in Russia in 2010 is not possible set an important precedent for Russia’s fulfillment of its obligations to the Espoo convention, requiring international environmental evaluations of projects that would have a trans-border effects.

Published on January 12, 2010 by Andrey Ozharovsky, translated by Charles Digges 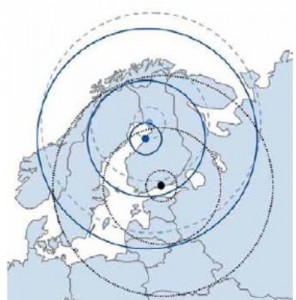 It is worth recalling that one of the substantiations of the Court’s decision on continuing the moratorium against the death penalty. The demand forbidding the death penalty in Russia is contained in the convention’s protocol number six on the defence of human rights and fundamental freedoms.  Russia has signed, but not ratified the protocol, meaning, essentially, that Russia is not obligated to fulfill its conditions. However, the Constitutional Court, citing the Vienna Convention on International Agreements, established that despite the absence of a formal ratification, Russia is obligated to follow the conditions of the protocol because it has been signed and Russia has in no way expressed its intentions not to ratify it.

In an analogous manner, the signed but not ratified Espoo convention is applicable in Russia. That is, ratification that has been put off but not cancelled consequently means that a country is obligated to fulfill international agreements, even if that agreement has not gone through the official procedure of ratification.

“Following the analogy of the law and the logic of the Constitutional Court, one can say about the Espoo Convention that it applies” in the same manner as does the Vienna Convention, she said. 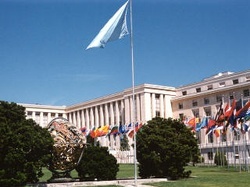 Currently, Russia is indeed observing the conditions of the Espoo Convention in a number of international projects, particularly in its construction of the Nord Stream gas pipeline, whose path touches on the territories of five European nations. But, in a number of other dangerous instances, specifically the construction of new nuclear power plants that are situated close to Russia’s borders with other countries, the procedures of the Espoo Convention are not being fully applied. The application of the convention applies to “nuclear power stations and the construction of nuclear reactors (with the exception of experimental units for the production and conversion of fissionable and simulated materials, the power of which does not exceed one kilowatt of constant thermal load).”

This bears in the first place to the planned Baltic Nuclear Power Plant (NPP) in the Russian enclave of Kaliningrad, the Leningrad NPP-2 and the currently abandoned projects of the Kola NPP-2. The perspective of having in the literal surroundings new (and old) Russian reactors is far from cheering for Russia’s neighbours. 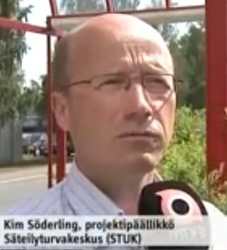 The Secretariat of the Convention told Bellona Web that Russia has furnished no information on these nuclear power plants. “The Russian Federation is not on a party to the convention, therefore we cannot assert influence on it,” a spokesman for the Secretariat said.

Russian non-governmental organisations consider that following the Espoo Convention’s principles, primarily adhering to the performance in neighbouring counties of public discussions of environmental impact studies on new reactors, will help prove that new nuclear projects are dangerous and unneeded. For the Baltic countries, which fall in the zone of negative impact of nuclear power plants – this first of all concerns Lithuania, on the border of which it is planned to build a nuclear power plant, as well as Poland, Finland, and Sweden. The new reactors of the Leningrad NPP-2 are being built a mere 200 kilometres from Helsinki, the Finnish capital. Aside from this, all of these projects could have a negative impact on the Baltic Sea, which will suffer from emissions and dumping from Finnish, Swedish, German, and Russian nuclear power plants. A cross-border environmental study is therefore required.

Rosatom, Russia’s state nuclear corporation is against conduction of such environmental impact studies. Rosatom answered a question at a hearing posed by Ecodefence, a Russian anti-nuclear group, on the planned construction of the Belarusian NPP and whether the state corporation intended to follow the principles of the Espoo convention that was, in spirit, an expansive “yes.” The hearing took place during the summer, and by this winter no action has been taken to organise a public discussion with adjacent nations, and the Espoo Secretariat is not informed of any. This gives one the foundation to assume that informing the public of neighbouring countries will boil down to situating some information about the project on the Rosatom web site.

However, relative to the Baltic NPP and the Leningrad NPP-2 not even this occurred. The material for an environmental impact study were accessible only in written form in the Kaliningrad city of Neman, which is the chosen site for the plant, and in the cities of Sosnovy Bor, home to the Leningrad Nuclear Power Plant and its twin, and in the nearby town of Lomonosov. Activists had to go to Neman and Lomonosov and photograph hundreds of pages of the public environmental impact studies of the concerned plants. It was Ecodefence, not Rosatom, that put this information up on the internet, making it accessible for Russian and foreign experts.

Of course, the understanding of “openness” that Rosatom has does not conform to international standards. But complaining about this in international forums is onerous – Russia, after all, has not ratified either the Espoo Convention or the Aarhus Convention of 2001 – which grants the public rights regarding access to information, public participation and access to legal recourse in governmental decision-making processes in matters concerning the local, national and trans-boundary environment.

Material relative to this was given to the Espoo Secretariat by Ecodefence. It is possible it will be reviewed by the convention’s signatories in May 2010 as supplementary information.