A new report from the Norwegian Radiation Protection Authority (NRPA) has revealed that thorium-based nuclear energy plants – once vaunted as a clean alternative type of nuclear energy – have the same negative environmental consequences as their uranium-based cousins do.

Published on October 19, 2008 by Bellona, translated by Charles Digges

The newly released NRPA report dealt with the environmental consequences of potential thorium related industry in Norway. The report takes on various aspects of the thorium fuel cycle from mining and extraction, fuel production, reactor operation and waste handling.

The report concludes that the environmental consequences of using thorium-based nuclear power will result in the same problems the world faces today with uranium bases reactors.

“The NRPA invalidated that thorium is kind nuclear power, as many have earlier asserted,” said Nils Bøhmer, Bellona’s daily manager and nuclear physicist.

“Using thorium leads to highly radioactive nuclear waste and the risk of accidents will always be present.”

“This is a confirmation of what we have said the whole time,” said Bøhmer. 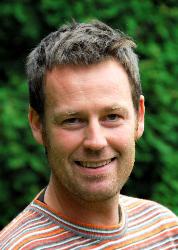 Norwegian thorium
The chief argument that Norway should continue to research thorium as an energy source is the large assumed deposits of thorium. In Norway, the largest deposits are located at Fensfelt and Telemark.

Earlier this year, it became apparent that it would be very difficult to mine this thorium. The main barriers to this are that the lodes that the thorium are bound up in is so fine grained, with kernel sizes down to the microscopic level. The average concentration of the Norwegian thorium is about 0.2 percent.

Problematic Norwegian extraction
According to the NRPA report, thorium extraction in Norway therefore is completely different than is in other countries. How complex any future extraction will become is unsure, something that contributes to the more and more extreme ambiguity surrounding the factual environmental consequences. According to Norway’s Geological Survey, Norwegian extraction will be based on a number of acid-based processes that will generate fluid radioactive waste.

The report shows that each form of thorium extraction, whether by open-pit mining or underground mining, will lead to negative burdens on the environment. Extraction will produce radioactive waste in the form of slag heaps that can lead to an escalation of radiation for humans and the environment, and the spread of radioactivity.

Weapons grade
Earlier, many had asserted that thorium technology cannot be used for weapons purposes. Even though this would be more difficult than with current technology, the NRPA report shows that this will continue to be possible. In the 1950s, the United States accomplished its first test explosion with uranium 233, which is the material thorium-based energy production produces.

Additionally, highly enriched or plutonium is required as an additive to thorium to produce a chain reaction. These are materials that can be abused for weapons grade purposes.

Unfamiliar technology
According to NRPA, uncertainty encumbers many aspects of the thorium fuel cycle because of lacking operational experience within each stage of the technology. This is because commercial thorium-based nuclear energy has never been established. There are still a host of developmental tasks within each step in the fuel cycle that must be accomplished before it can be established.

To reduce the long-lived waste from thorium-based nuclear energy, the waste must recovered in order that it may be used anew. This technology will demand more development than earlier had been assumed, and the NRPA report lays heavy emphasis on this.

This also was also the conclusion of the Norwegian Thorium Report Committee. Existing methods for recovery cannot be used without modifications, something that according to the Thorium Committee will demand a significant amount of technological development.

This report was written by Havard Lundberg and translated by Charles Digges.