Published on January 15, 2007 by Claire Chevallier-Cordonnier 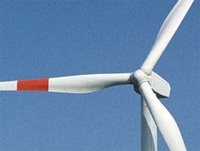 For example, although Europeans acknowledged that energy saving is important, over 21% of those surveyed admitted that they had not done anything to reduce their consumption.

Main findings
The survey questioned European Union (EU) citizens on a range of issues linked to Europe’s energy future. When asked about the most important issues facing the EU today, respondents ranked energy issues in 12th place (14%), far behind unemployment (64%), crime (36%), healthcare systems (30%) or the economy (30%).

In addition, the respondents’ main concern regarding energy was price; 33% spontaneously linked energy issues with prices and 45% deemed that their government should include guaranteeing low energy prices as a priority in their energy policies.

A bright future for renewables?
Overall, EU citizens seemed highly favourable to renewable energies (at least 55% for all forms) and reluctant to accept the use of fossil fuels. Only one in five backed the use of nuclear power.

Although nuclear energy suffered from poor support, survey respondents unfortunately expected that it would be a significant part of the energy mix in the future.

“Europeans recognise that new technologies could have a very big impact on the energy system of the future and they expect more co-operation at European level to develop such technologies,“ declared Science and Research Commissioner Janez Potočnik. The Commissioner specified that “at EU level, we will invest over EUR 6 billion on energy-related research over the next seven years, and we will work with Member States and industry to get the most out of these investments.”

Respondents also showed a preference for directing the EU’s energy research funding towards developing new technologies that are either not widely used yet (29%) or still undiscovered (23%).

Energy package
The survey results were published just two days before the EC’s unveiling of its new energy package, which taken as a whole proposes to “set the pace for a new industrial revolution.” “If we take the right decisions now, Europe can lead the world to a new industrial revolution: the development of a low-carbon economy," declared Energy Commissioner Andris Piebalgs.

It remains to be seen whether EU citizens are ready for this revolution. Nevertheless, increasing evidence of global warming does not leave policy makers with any other option.