Vis menyen
Bellona.org > Latest News > Industrial Pollution > The Kola Mining and Metallurgy Combine > One of the Murmansk Region’s most polluting facilities shuts down after more than seven decades

After 74 years of operation, a controversial smelting works at the Kola Mining and Metallurgy Company, a subsidiary of the giant Norilsk Nickel, was permanently shut down two days before Christmas.

Published on January 4, 2021 by Anna Kireeva, translated by Charles Digges 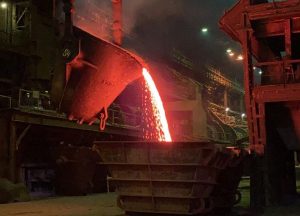 Workers pour that last of the metal smelted at the Nikel facility of the Kola Mining and Metallurgy Company. Credit: Bellona Murmansk

After 74 years of operation, a controversial smelting works at the Kola Mining and Metallurgy Company, a subsidiary of the giant Norilsk Nickel, was permanently shut down two days before Christmas.

For decades, Russian and Norwegian environmentalists have demanded that the smelting works, which began operations during World War II, be modernized to reduce their emissions of toxic sulfur dioxide, which have long fouled the air on both sides of the border. The dialog has often been testy, as officials characterized environmental arguments as demands to shutter the facility – a move that would have run counter to the interests of the company and the Russian state.

“Bellona has never demanded the closure of production – it has always been about reducing harmful emissions, which could be done in the process of modernizing production,” said Andrei Zolotkov, head of Bellona’s offices in Murmansk. “For that same purpose, the Norwegian government during the turn of the century began talking about a grant.”

A solemn atmosphere attended the closure on December 23. The last melting of metal was carried out, and afterward, the convector furnace was stopped.  Yevgeny Borzenko, general director of the KMMC, said the closure of the smelting works had long been on the company’s agenda. But shutdown plans had been postponed out of concern for the residents of Nikel, the company town of 11,000 where the smelters are located.

“It was a difficult decision, but you can see that the appearance of this facility speaks for itself – the technology is outdated, the workshop is worn out,” Borzenko told reporters. “Financially, this didn’t even allow for us to come close to modernizing production with existing technology and equipment in order to achieve high standards. This served as the main driver of the decision – technology, technical and technological obsolescence of the equipment.”

He emphasized that global and state environmental policy has become stricter in recent years, laying more requirements on production, which was one of the reasons the smelting shop was closed permanently.

“Now the Norilsk Nickel Company has been assigned the task of developing production assets with an ecological focus: we must achieve the designation of a ‘green company’ within 5 to 7 years,” Borzenko said. “The shutdown of the smelter in the village of Nikel is another step towards achieving this goal on the Kola Peninsula. By stopping matte production on the Kola Peninsula, we will reduce sulfur dioxide emissions in the region by 50 percent compared to 2015 levels,” Borzenko said.

He also stressed that officials had long discussed the state of the environment in the Pechenga district of the Murmansk region and the border zone. 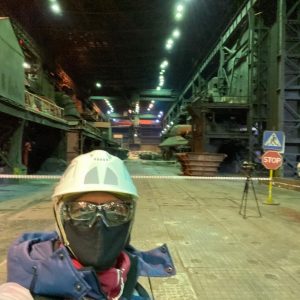 Norway has played a prominent role in that conversation. In the early 1990s, some 40 percent of northern Norway’s resident were active in the “Stop the Soviet Death Clouds,” campaign, which targeted pollution from the KMMC, and was the most robust environmental movement of its time.

In 2001, Norway provided the KMMC with a 270 million kroner grant  (€32 million by exchange rates at the time) along with a $30 million, 10-year loan to modernize its production facilities and reduce sulfur dioxide emissions. Under the agreement, the Russian side had a 2010 deadline to begin reeling back emissions. But the Russian side took no action, and withdrew from the agreement in 2008, returning the funding and cancelling the grant.

Over the years of the company’s operation, there have been several instances when sulfur dioxide pollution has reached high levels within the residential areas of the

Nikel settlement. One of the most egregious examples of this occurred in the summer of 2007 when pollution levels became so high that Norway’s Ministry of Natural Resources considered issuing evacuation orders on its side of the border.

Another view of the last batch of metal smelted at the Nikel facility. Credit: Bellona Murmansk

More recently, in January 2019, Norwegian authorities sent out civil defense alerts to residents of Sør-Varanger – the Norwegian town closest to the Russian border – warning residents with respiratory and cardiovascular conditions to stay indoors.

“I can predict the reaction of our neighbors from the border commune of Sør-Varanger  – for them this is really a Christmas present, and this is how they write about it,” said Bellona’s Zoloktov. “But in reality, the sulfur contained in the concentrate of the enrichment plant [in nearby Zapolyarny} has not disappeared, and Norilsk Nickel, even in Norilsk, where smelting facilities are operating, still have big problems with sulfur dioxide emissions.”

“Now we have to wait for the completion of the so-called ‘Sulfur Project,’” said Zolotkov. “Only then we can talk about a real reduction in the anthropogenic load on the Arctic territories. The closure of the smelter is not the best available technology. Three centuries ago, Mikhail Lomonosov said – ‘if in one place it wanes, in another by exactly the same number it will certainly increase.’”

“I can assure you that 95 percent of smelting will not take place within the industrial sites of Norilsk Nickel,” he said. “We sell 90 percent of our concentrate outside the Arctic zone – where, specifically, is a commercial secret.”

In the coming years, the company will face the task of rehabilitating the territory in Nikel where the smelting works stood – though that plan had not yet been developed by the time the smelters closed. Today, the hills around the settlement resemble a grey lunar landscape, and the Murmansk region’s Natural Resources Ministry says area soil and water is seriously polluted by heavy metals.

“There will be a restored territory in accordance with the requirements of Russian legislation. Industrial buildings and equipment will be dismantled, land reclamation will be carried out,” Borzenko told Bellona. “Everything which is determined by legislation will fall within the perimeter of the project and will be brought into proper condition. There is no project yet – today it is being developed in our specialized institute ‘Gipronickel’ It is too early to speak about the cost, terms of work and areas of the territory subject to reclamation, but we are talking about billions of rubles.”