In a wide ranging appearance on Russian national television, Vladimir Potanin, the president of Norilsk Nickel, a long-time, heavy-duty polluter, made the case that his company has turned over a new leaf, and hitched its future to producing “green” products in an environmentally friendly manner. 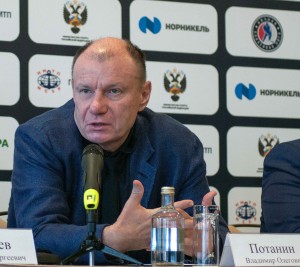 In a wide ranging appearance on Russian national television, Vladimir Potanin, the president of Norilsk Nickel, a long-time, heavy-duty polluter, made the case that his company has turned over a new leaf, and hitched its future to producing “green” products in an environmentally friendly manner.

Potanin’s remarks were pitched first and foremost to car manufactures, who are themselves in the process of revamping their own production to account for tighter worldwide emissions standards and boosting their offerings of electric and hybrid vehicles.

But he also provided the first look at how the Siberian industrial giant plans to reel in its pollution – a clear nod to environmentalists who have long demanded that the company detail its approach to staunching harmful emissions.

For over a half century, Norilsk Nickel and the Kola Mining and Metallurgy Company, its Kola Peninsula subsidiary, have pumped toxic emissions of sulfur dioxide into the air, fouling both the Russian cities that host its smelting and refining works as well as its Scandinavian neighbors.

But last year the company launched an aggressive campaign to remake its image, promising $17 billion in company-wide environmental upgrades, and offering stark cuts to drop its pollution. By 2023, the industrial giant says it will decrease the amount of sulfur dioxide it produces on the Kola Peninsula by half, and by 75 percent in its hometown of Norilsk in northern Siberia. 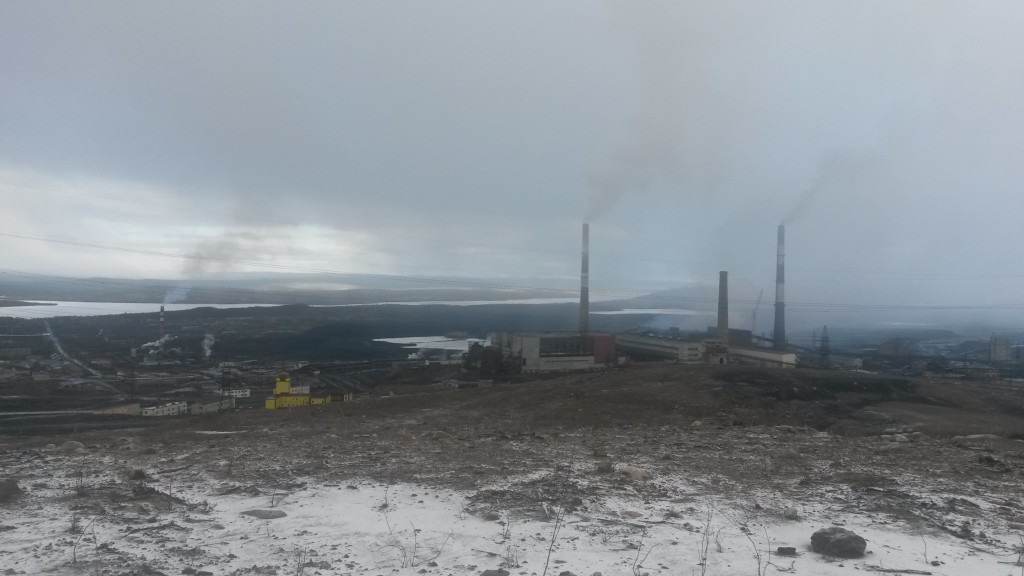 Norilsk Nickel has often had a brittle response to environmentalists who call attention to its its legacy of pollution. But Potanin’s televised remarks, carried earlier this week on the Rossiya 24 network, offered a remarkable mea culpa for his company’s dirty history, and cast his environmental housecleaning as a matter of competitive survival.

“At present, Norilsk Nickel is a significant polluter of the environment,” Potanin told the television audience. “When we talk about solving environmental problems, it is not only a question of our civic duty, but also of commercial survival. Ecology will remain a significant global trend for a long time. It will be at the center of our attention.”

The reason for this turnabout, said Potanin, is simple: Electric cars.

Norilsk Nickels’s products – nickel and cobalt – are needed components in electric car batteries. But increasingly, big name e-car manufactures like Tesla and Volvo, are refusing to stock their vehicles with parts made by prominent polluters.

But before electric cars become the rule, said Potanin, stricter emissions standards for traditional cars demand other metals his company produces, namely palladium and platinum, which are critical to automotive pollution reduction technologies.

In order to boost its appeal to international carmakers, however, the company has to start with a major cleanup at home. The first of these measures, said Potanin, has been the closure of a septuagenarian nickel smelting works in the company’s hometown of Norilsk – which led to a 35 percent reduction in local sulfur dioxide emissions.

But shuttering old facilities only goes so far when sulfur emissions are central to the smelting and refining that takes place company-wide. To address this, Potanin said the company working out a process to capture sulfur dioxide emissions and sequester them. Sulfuric acid, he said, can be neutralized, and the resulting material can be laid up in mine shafts.

Potanin told Rossiya 24 that this sulfur sequestration project would be complete by 2023 at a cost of $2.5 billion.

On the Kola Peninsula – where emissions have long drawn ire from Norway – Potanin said the company will smelt only ores that have low concentrations of sulfur, which will in turn reduce toxic emissions.

According to this plan, the smelting centers of the Kola Mining and Metallurgy Company, which are located in the cities of Zapolyarny and Nikel, should see significant reductions in their sulfur dioxide output.

Things get thornier when it comes to the question of where ores richer in sulfur will be smelted from here on out – and Potanin failed to say where that would take place. While last year’s drop in sulfur dioxide emissions on the Kola Peninsula haven’t been tallied yet, this method apparently brought about a 20 percent sulfur dioxide reduction in 2016.

“As such, we have already reduced the amount of emissions to allowable, that is to say, as established by the government,” Potanin said. “But in 2019, we will reduce it by two times, that is, we will be twice as good as we are required to be – the complaints from the Norwegian side, I hope, will” drop to zero.”

But overall, said Potanin, the new green leaf the company is trying to turn is a market-driven decision.

“This should bring a multi-billion dollar increase in the company’s value,” he told Rossiya 24. “Our products are in demand all over the world. About half of copper, nickel and other metals produced by our company are consumed in China. Much is consumed in Southeast Asia. The demand for our products is stable, and the outlook is favorable.“

This rosy outlook inspired Potanin to share some of his more wishful thinking, which included the prospect of turning his company’s hometown of Norilsk into a destination for ecological tourists.

“Now, when Norilsk Nickel is still known as a polluter, it is too early to draw such tourists,” he said. But when we solve this issue, I have a dream that Norilsk will be not only a metallurgical center, but a tourist center as well.”

It’s not all that outlandish a thought. As a major industrial stakeholder in both Norilsk and on the Kola Peninsula, the decision to create a vibrant environment worth visiting rests entirely with Norilsk Nickel. As long as the Kola facilities alone continue to produce about one hundred thousand tons of sulfur dioxide a year, however, the Murmansk Region remains an unlikely choice for adventures seeking fresh air.