Algae on the agenda at US summit on biomass fuels

SEATTLE, Washington – Scientists, businesses, venture capitalists and nongovernmental organisations like the Bellona Foundation gathered late last month in Seattle, Washington for the second annual Algae Biomass Summit to discuss applications and developments in the field of algae use for energy production.

Published on November 2, 2008 by Joakim Hauge 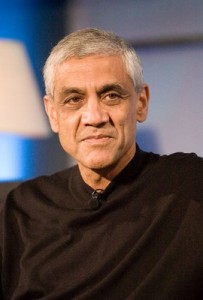 The agenda at the summit, which ran from October 23rd to 24th included photobiotreactors – which use sunlight in a controlled environment to produce algae – open pond algae production activities, co-products and summaries of research work.

Discussions also included algae strain selection for energy use, bio-remediation, algae use in the aviation industry, as well as a summary of considerations for possible investors in the field of biomass energy – again emphasizing the capital growth potential for investing in green energy, even in the current global financial downturn. 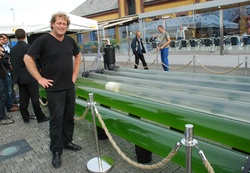 The presentations left little doubt that much has been achieved over the last year.

Confident in biomass potential
Vinod Khosla of Khosla Ventures, a California-based powerhouse investment firm with a focus on technology and clean energy start-ups, was one of the summit’s keynote speakers. Khosla said that, “I believe in the potential of algae, otherwise I would not be here.”

But he added that his company, which helped launch Sun Microsystems, as well as putting significant investments into bio-refineries and bio-plastic, has not yet put any capital toward companies involved in the cultivation of algae.

He said we was waiting for a major technological breakthrough in the emerging industry, but said, “I am sure algae will work (…) I am convinced that someone here will break the code.”

Algae for fuel
Dr. Ben Graziano of The Carbon Trust, a UK-based government-funded independent company that works with businesses to reduce their carbon emissions and develop low carbon technologies, told summit participants that his company would launch the largest publicly founded project focusing on cultivation of algae for energy purposes. The total investment in the project, he said, could be as high as £26 million.

The project is scheduled to begin in 2009, and involves cultivation of algae in open ponds covering several hectares, Graziano told the summit.

Washington Democratic Congressman Jay Inslee, a member of the Energy and Commerce Committee, urged summit participants to strengthen their efforts in informing his fellow congressmen about the possibilities of using algae for energy.

Inslee emphasized a need for a cap and trade system for CO2 – something supported by both US presidential Candidates, Democrat Barack Obama and Republican John McCain – saying this system could work to the advantage of the emerging industry of algae cultivation.

Bellona appreciates the commitment
The Bellona Foundation attended the Algae Biomass Summit, and were pleased to see that the summit presented the necessary enthusiasm for and commitment to long-term strategies. Bellona is strengthened in the belief that cultivation of algae could be an important future environmental technology.

Bellona has recently joined the Algal Biomass Organization (ABO) together with Boeing, Virgin Airlines, Federal Express and a number of other corporations devoted to promoting and advocating this emerging industry.

This article was written by Joakim Hauge (joakim@bellona.no).