The European Commission presented yesterday its new energy package, which includes the European Union objective to cut its CO2 emissions by at least 50 percent by 2050. 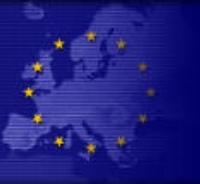 The European Commission (EC) did not shy away from ambitious goals. At the centre of the new energy package stands the target to reduce CO2 emissions by 20 percent within 2020, compared with 1990-levels, without affecting workplaces or competitiveness. In the long term, the EC wishes to reduce emissions by at least 35 percent by 2030 and by over 50 percent within 2050.

Bellona, who has actively worked on and followed the development of the European Union’s (EU) energy policy, will, through its work, contribute to ensuring that the EU follows-up on these ambitious goals.

Compared to the United Nations Framework Convention on Climate Change’s (UNFCCC) clear recommendation to reduce CO2 emissions by 50-80 percent within 2050, Bellona considers that the EU’s goal should have been higher. Nevertheless, the EC’s plans are ambitious.

The measures presented yesterday are a follow-up to the EC’s Green Paper entitled “A European Strategy for Sustainable, Competitive, and Secure Energy”, which was presented in March last year. This paper focused on the future of EU energy policy and put forward the development of renewable energy, increasing energy efficiency and the production of clean energy from fossil fuels, i.e. the implementation of carbon capture and storage (CCS).

As expected, the energy package’s main document highlights three necessary components of the fight against climate change: renewable energy, energy efficiency and CCS. According to the proposal presented today, the EU will strive to be the world leader in all three areas.

Firstly, the EU aspires to become the world’s most energy effective region. In the fall of 2006, the EC presented an action plan to increase energy effectiveness by 20 percent by 2020.

Thirdly, the EU sets the goal of being the leader in CO2 capture and storage for power plants run on fossil fuels, and especially coal.

Bellona is active on CO2 issues within the EU system and is a member of the European Technology Platform for Zero Emission Fossil Fuel Power Plants (ZEP). Bellona leader Frederic Hauge is a member of ZEP’s Advisory Council, while other Bellona experts are represented in different working groups.

Paal Frisvold, policy advisor at Bellona Europa, says that the ZEP has achieved a lot through its work advising the EC on CCS.

“The prioritisation of CCS is new and surprising in comparison to earlier proposals by the Commission and the EU,” says Frisvold.

Last year, Bellona concluded that the EU potential for CO2 capture is 30 billion tons of CO2 by 2050, which represents more than half of today’s emissions.

This target was adopted by the ZEP and has also received a lot of support in the EU system in general.

In a separate document included in the energy package, the EC presented a concrete timeframe for introducing CCS at new and existing coal and gas power plants, specifying that that the EU will ensure that 10 to 12 pilot projects for power plants with CCS will be completed by 2020. These projects will contribute to technological development and provide valuable experience, which will contribute to reducing the costs of CCS.

This will in turn create a basis for establishing CCS on a large scale throughout the entire world.

The EU’s premise is that CCS technology must be cheaper so that it is more profitable to capture and store CO2 rather than to release it. After a time, it will also be profitable to install technology for CCS on existing coal and gas power plants in Europe. By 2050, all European power production will be equipped with CCS.

“This strategy and the timeframe are commensurate with the recommendations from the ZEP, the technology platform for power production with CCS,” comments a satisfied Frisvold.

“Now the hardest and most difficult work remains, namely to ensure that the strategy is implemented,” says Bellona’s Frisvold, and adds “There is a lot that must be put in order. Important issues are financing of the pilot projects and establishing a set of rules that ensures that CCS projects are conducted in a safe and responsible manner. Last, but not least, the framework conditions for CO2-treatment must make it commercially feasible and interesting to implement technology on a large scale.

Bellona continues work in the EU

The EC provides for continued work with CCS through a new European technology initiative, which is a reorganisation of the ZEP. Bellona will be an active participant in this work—in the same way that Bellona has been heavily involved in the ZEP.

“Thereby Bellona will ensure that today’s proposal on CCS doesn’t just remain an ambitious plan, but that it results in concrete measures which stop global warming—while enabling industry in both Norway and the EU to retain their competitiveness and workplaces,” says Frisvold.

To acquire more general information on the European Commission’s proposal for a new energy policy, read the article “Energy in the limelight” on our English website. (Click on the link in the box at the top right)