A US court has approved on Wednesday the biggest criminal penalties in American history that were handed to British oil giant BP as part of a settlement related to the fatal 2010 Deepwater Horizon disaster, meaning that the oil major will be forced to pay punitive sanctions arrived at in November – the largest ever levied.

Published on January 30, 2013 by Charles Digges 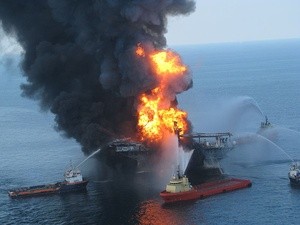 In November, BP said it would pay $4 billion to the US Department of Justice and agreed to plead guilty to 14 criminal charges. The settlement included a $1.26 billion fine.

The resolution with the Department of Justice settlement includes that record criminal fine of $1.26 billion, as well as $2.4 billion to be paid to the National Fish and Wildlife Foundation and $350 million to be paid to the National Academy of Sciences, over a period of five years. BP will further pay an additional $525 million to the Securities and Exchange Commission over a period of three years.

Additionally, two BP workers have been indicted on manslaughter charges and an ex-manager charged with misleading Congress.

Other companies involved in the Deepwater Horizon spill included Transocean, the owner of the rig and responsible for the safety valve known as the blowout preventer, and Halliburton, who provided cementing services. BP has yet to reach a settlement with these firms. A civil trial that will determine negligence is due to begin in New Orleans in February.

The Deepwater Horizon incident was the worst oil spill in US history, killing 11 workers and releasing millions of barrels of crude into the Gulf of Mexico over 87 days. Residue from the spill continues to wash up on Gulf of Mexico shores today.

At the latest hearing Luke Keller, a Vice President of BP America, in a long statement told the court, the families of the dead, and other victims of the tragedy of the company’s regret and apologized for its role in the Deepwater Horizon accident, US news outlets reported.

“We – and by that I mean the men and the women of the management of BP, its board of directors, and its many employees – are deeply sorry for the tragic loss of the 11 men who died and the others who were injured that day,” said Keller, according to the agencies.

“Our guilty plea makes clear, BP understands and acknowledges its role in that tragedy, and we apologize – BP apologizes – to all those injured and especially to the families of the lost loved ones,” he said, adding, “BP is also sorry for the harm to the environment that resulted from the spill, and we apologize to the individuals and communities who were injured.”

The oil giant has been selling assets worth billions of dollars to raise money to settle all claims, reported the BBC. The company is expected to make a final payment of $860 million into the $20 billion Gulf of Mexico compensation fund by the end of the year.

“Today’s guilty plea and sentencing represent a significant step forward in the Justice Department’s ongoing efforts to seek justice on behalf of those affected by one of the worst environmental disasters in American history,” US Attorney General Eric Holder was quoted as saying in US news outlets.

“I’m pleased to note that more than half of this landmark resolution – which totals $4 billion in penalties and fines, and represents the single largest criminal resolution ever – will help to provide direct support to Gulf Coast residents as communities throughout the region continue to recover and rebuild,” Holder said.