The Full City cargo ship experienced an accident early Friday morning in the environmentally vulnerable area outside Langesund in southeast Norway and is leaking oil. 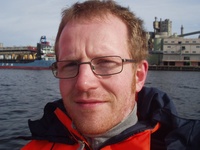 Bellona has dispatched observers to the scene, and the situation is serious, said Bellona advisor Marius Dalen.

The cargo ship is leaking oil and there are reports of strong odor of diesel fuel in the area. Large amounts of oil are being driven landward, and more birds are caught in the oil sludge.

Vulnerable nature area
According to the Norwegian Coast Guard, the Full City is carrying some 1120 cubic metres of oil.

Part of Sårstein, also nearby the accident scene, is a nature preserve.